Out in the Bay: Queer comix from prison depict incarcerated life 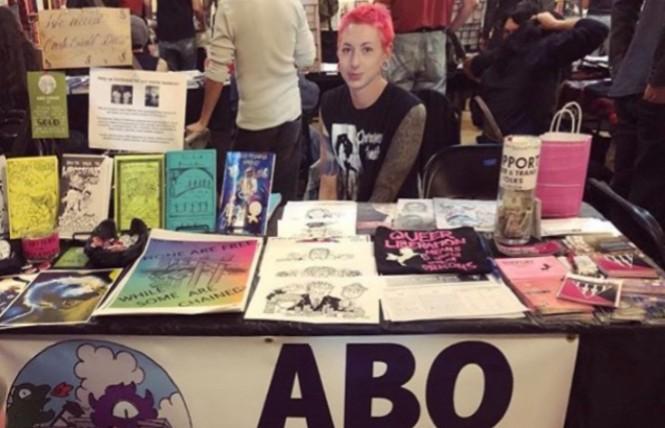 Casper Cendre started writing letters to people in prison while in high school. A little shy, getting to know people through letter writing felt natural. "I had family members who had been incarcerated but I didn't know that much about what life was like for people in prison," he said, "especially queer people."

Ten years later, Cendre is running a collective as director of ABO Comix, an art-driven nonprofit. Contributor Eric Lee Tadana defines themselves as "a beautiful contradiction" and is "gender-fluid, pansexual [and] polyamorous."

In a recent phone call broadcast on this week's Out in The Bay, Tadana recounted a moment of psychosis while in prison. "As a part of the treatment in the psychiatric hospital, I was sprayed with pepper spray in the face," they said. This experience led Tadana to think about alternative therapies and inspired a story called Habanero Lipstick, about "turning a negative into a positive."

Queer life presents enough challenges on the outside, Cendre says, but in prison, there's a new set of life-threatening complications. Trans prisoners are often housed in facilities that do not align with their gender, leading to violence and sexual assault by staff and prisoners alike. Often, people also stop receiving hormones, the impact of which is major, both psychologically and physically.

Cendre is still learning new things about prison. Currently, the most shocking item is prison protocol during COVID-19. 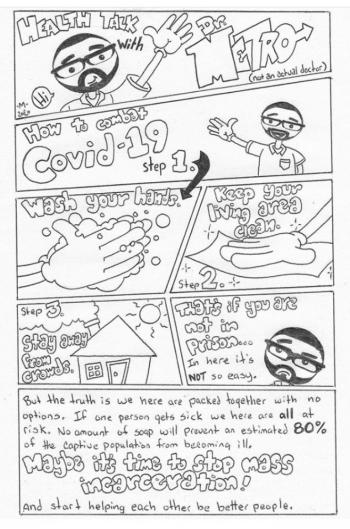 The comic strip: By Metro from the "Confined Before COVID-19" anthology, courtesy ABO Comix

ABO Comix released its latest anthology about COVID in prisons. Contributor Metro writes, "the truth is we here are packed together with no options ... maybe it's time to stop mass incarceration and start helping each other be better people."

Cendre says "there's a lot of chaos and confusion inside right now." He's read accounts of people not getting fed or receiving medication. The lines of communication have slowed down; ABO continues to receive letters that are dated three months old.

Cendre calls for compassion over punitive systems which aren't "working for our communities and our families, so we have to try something new."

ABO Comix is looking for volunteers and pen pals. For the upcoming holidays, you can join its effort to help people on the inside buy food, gender-affirming items, and more.

Hear more from Casper Cendre and ABO Comix artists — in their own voices — on this week's Out in the Bay-Queer Radio from San Francisco. It will re-air at 9:30 a.m., Saturday, October 17, on KSFP Radio, 102.5 FM in San Francisco only, and is available anytime on Out in the Bay's website, www.outinthebay.org

Truc Nguyen is a producer at Out in the Bay-Queer Radio from San Francisco. Learn more and listen at https://www.outinthebay.org/