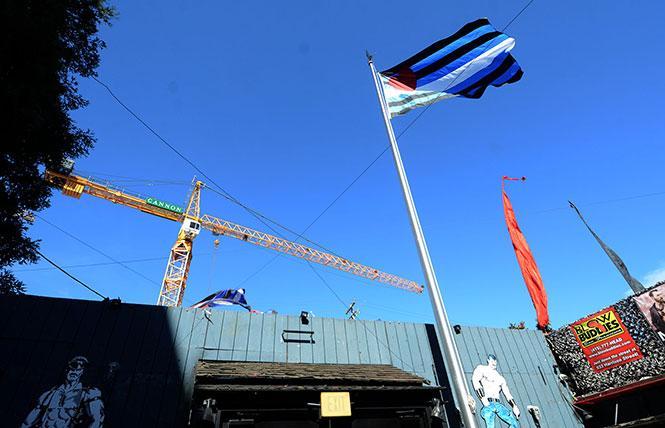 The leather pride flag flies at the Eagle bar in 2018 as construction continues on a mixed-use development that will pay for a leather-themed public plaza nearby. Photo; Rick Gerharter

The future of the South of Market bar the Eagle is in question as the community wonders what will happen to the leather-themed establishment following the listing of its building.

Answers about just what that means for the future are still hard to come by, though Leather & LGBTQ Cultural District board president Robert Goldfarb said the bar will probably not close just yet.

Hoodline broke the news September 24 that the impending sale of the building at 398 12th Street prompted fears for the future of the establishment, which is adjacent to the leather flag flanking the Central Freeway and the soon-to-be-completed Eagle Plaza, anchoring the Leather & LGBTQ Cultural District.

In a phone interview October 14, Goldfarb said that the building, but not the bar, is for sale.

Goldfarb said that the leather district has been in touch with the business owner, Lex Montiel, and agents at Compass Real Estate.

An agent told the leather district that "they'll wait to contact the bar owner before releasing any info."

"The bar owner has not released any statement publicly," Goldfarb said. "We look forward to more clarity on the situation."

The B.A.R. got in touch with Montiel October 14. He told a reporter that he did not appreciate the call.

"I'm not going to answer any questions right now," he said, adding he may be able to discuss the matter "in three weeks."

Terri Robbins Tiffany, public relations counsel to Compass Real Estate, stated in an email that the company can give a statement after the transaction is complete.

"Thanks for reaching out to Compass regarding the listing of the building that is home to the Eagle," Tiffany wrote. "As soon as the transaction is complete, the team handling the listing would be happy to speak with you."

According to information available on the assessor's website late in 2019, the building that houses the Eagle was owned by John Nikitopoulos. As the B.A.R. previously reported, a rent dispute with Nikitopoulos led to a temporary shuttering of the bar in 2011. It re-opened in 2013 under Montiel and co-owner Mike Leon.

Updated, 4/12/21: This article has been updated to state that the building that houses the Eagle has not yet been sold. 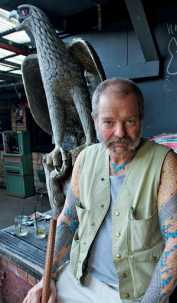 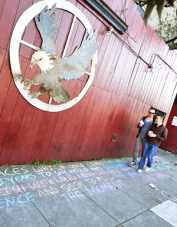