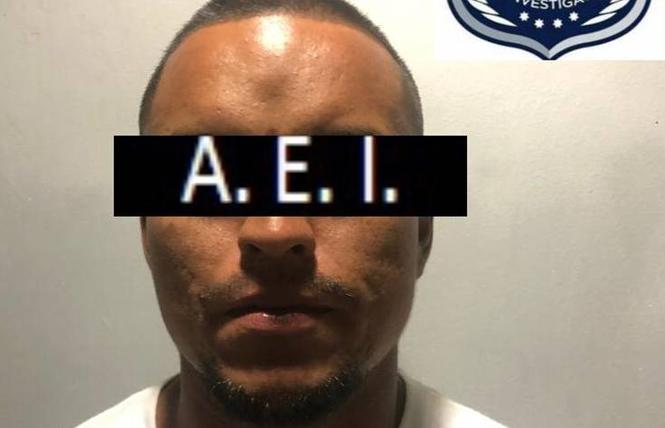 Mexican authorities have made an arrest in the killing of a transgender woman.

The court set a hearing for September 18 to determine if evidence discovered by a special task force of investigators is linked to Arturo. The task force will present the evidence to charge Arturo with aggravated homicide for reasons of gender and robbery, reported El Diario de Chihuahua.

"We are not asking, we are demanding that this hate crime against our sister Mireya Rodriguez be solved. Enough is enough. We are citizens, too," Devora Alvarez, who leads a transgender group called Colectivo Fanny, told KXAN, an Austin, Texas-based NBC news affiliate.

During the news conference, Peniche Espejel reaffirmed his office's commitment to carrying out a thorough investigation into crimes against the LGBTQ community.

Rodriguez Lemus was fatally stabbed to death inside her home in Aquiles Serdan, a town just outside of Chihuahua City in northern Mexico. It appears that her cellphone and car were also missing from her home, according to local media reports.

Rodriguez Lemus was the founder and president of Union of Trans Women of Chihuahua, an LGBTQ and HIV/AIDS prevention organization.

Leading up to Rodriguez Lemus' killing she received death threats, but the police did not investigate the complaints, members of the organization told reporters.

Members of the organization and friends became concerned and went to authorities after Rodriguez Lemus did not show up at her usual spots where she solicited for sex work.

Rodriguez Lemus' killing was the first of two within days of each other.

Leslie Rocha, a transgender woman, was slain soon after transgender activists staged a protest outside of the Ciudad Juarez police station calling for action investigating killings of transgender women as hate crimes.

The two women are the most recent victims in the city, which has seen four homicides of transgender women this year, reported KXAN.

The U.N. High Commissioner for Human Rights believes there have been seven transgender rights activists killed in Mexico so far in 2020, according to a September 10 UNHCHR statement condemning Rodriguez Lemus' killing and calling for a thorough investigation.

Reuters reported that 117 LGBTQ people were killed in Mexico in 2019, according to Letra Esse, a local queer advocacy group. The homicide rate was up nearly a third compared to 2018 and the highest since 2015. However, the group suspects the actual number of killings might be higher.

Despite new pro-LGBTQ laws in Mexico, violence against the community has increased since 2010, when same-sex marriage was legalized in some states, according to the "Report on Human Rights Conditions of Transgender Women in Mexico."

The report co-authored and published by the Cornell Law School LGBT Clinic and the Oakland-based Transgender Law Center in 2016, is the most recent information about the situation for transgender women in Mexico. It found that transgender women have taken the brunt of violence against the community.

"They're torturing them, they're killing them horribly," Rocha's aunt, Leticia Sanchez, told Reuters.

It appears Mexican authorities are listening to transgender women's demands.

Mexican media outlet Canal 44 reported the investigation into Rodriguez Lemus' killing was carried out by a special task force made up of prosecutors, investigative agents, and context analysts. The investigators utilized international protocols and standards for investigating human rights and gender expression and identity as their lens for the investigation, something new for Mexico.

Pemberton, 25, tested negative for COVID-19. Philippine immigration authorities and United States military personnel escorted the former marine - handcuffed and masked - to a U.S. military aircraft to be transported back to America, the Associated Press reported.

Duterte defied his own office's blocking of an Olongapo City Regional Trial Court's order to the Bureau of Corrections to release Pemberton on September 1.

Pemberton's release renewed and tensions regarding the two countries' Visiting Forces Agreement and the Filipino LGBTQ community's anger over the murder.

TikTok admits it censored LGBTQ hashtags
TikTok and WeChat admitted to banning some LGBTQ hashtags in countries with anti-gay policies.

However, it felt the community's ire when the Australian Strategic Policy Institute published its findings that some LGBTQ hashtags were being blocked in some countries and languages, regardless of a user's location and without their knowledge.

TikTok announced plans this week to partner with Redwood City-based Oracle in an attempt to appease President Donald Trump's threats to either ban or shut down the app within the United States.

The institute found that in a "shadow ban" TikTok and WeChat limited or hid searchers from finding LGBTQ content in countries like Russia and regions such as the Middle East.

This is not the first time TikTok has come under fire for censorship of the LGBTQ community. In February, News Day reported that transgender users criticized the company for blocking sound on transgender-related videos or removing transgender content from its platform.

A complete list of the "shadow banned" countries and languages was not available.

Sexual orientation and gender identity are not the only hashtags banned on TikTok. Despite the company's claims it doesn't "moderate content due to political sensitivities" or is influenced by any government, LGBTQ media outlets found that to be false. Gay City News found that the company has banned criticism of Turkish President Recep Tayyip Erdo?an and alcohol-related terms. The Advocate reported the acronym "ACAB" (all cops are bastards), a hashtag that has trended since the killing of George Floyd, has been restricted.

A company spokesperson told the Advocate that TikTok does not censor, it practices a "localized" approach to moderation following local laws and pornographic content.

However, the company admitted that some terms in English and Arabic were "incorrectly moderated," something the company was working to correct.

"We are currently conducting a review of those terms that were moderated in error and will look for ways to improve our processes to avoid similar issues in the future," the TikTok spokesperson said. "In addition, we want to be crystal clear that TikTok strongly supports our LGBTQ creators around the world and is proud that LGBTQ content is among the most popular category on the platform with billions of views."

To read the report, visit http://www.aspi.org.au/report/tiktok-wechat