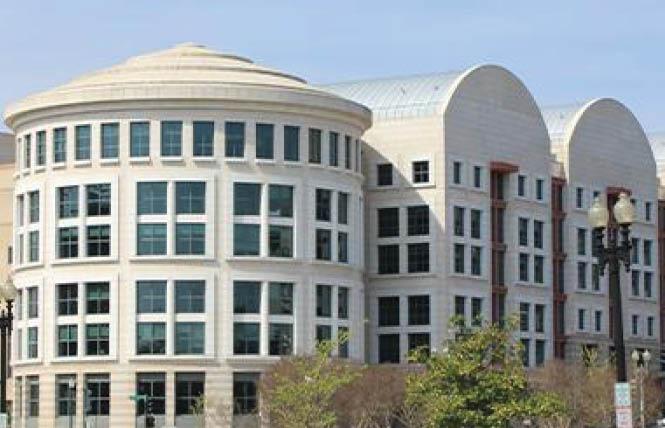 A federal judge in Washington, D.C. indicated during a hearing that he is unlikely to block a Trump administration rule change from taking effect. Photo: Courtesy DC District Court

A federal judge in Washington, D.C., indicated Monday he is not likely to grant an injunction to stop a Trump administration change in rules that will eliminate non-discrimination protections for LGBTQ people.

In an hourlong hearing conducted by telephone Monday, lawyers for several health providers serving the LGBTQ community argued that a new rule set to take effect August 18 eliminates the non-discrimination language in Obama administration regulations. The regulations pertain to how the Affordable Care Act is to be implemented.

The ACA was enacted in 2011 under President Barack Obama. Five years later, the Obama administration issued revised regulations stating that the law's prohibition against discrimination in health care on the basis of "sex" would also cover sexual orientation and gender identity.

But Boasberg, an Obama appointee, asked whether he might be obliged to wait until the court rules on the same language in other laws before applying the Bostock reasoning to the ACA.

William Wayne, a Department of Justice attorney representing the Trump administration, agreed with Boasberg. He also argued that the July 19 rule change was already in the publishing process before the Bostock decision was released June 15.

Boasberg questioned why, after Bostock, "don't you have to put [the rule change] on hold and take [the Bostock decision] into consideration?"

"Why not stay its effective date and consider how Bostock affects the rule?" asked Boasberg.

At the end of the hearing, Boasberg gave DOJ until August 10 to file a brief concerning a procedural issue in the dispute and said he would rule on the request for a preliminary injunction "a couple of weeks after" that filing.

Monday's hearing was about a motion to stop implementation of the new rule by the U.S. Department of Health and Human Services until the federal court can decide on the constitutionality of the new rule.

The overall lawsuit, Whitman Walker Clinic v. U.S., involves a challenge by LGBTQ community health clinics in Washington, D.C., and Los Angeles, and others against a regulation from the Trump administration that they say "invites discrimination against LGBTQ people."

The new rule undermines regulations for implementing the federal Affordable Care Act that prohibit discrimination based on sexual orientation or gender identity in health care.

The U.S. House of Representatives filed a brief in support of the Whitman-Walker lawsuit, saying the ACA was intended to "remove discriminatory barriers" to health care. It noted that regulations for implementing the ACA under the Obama administration directed that the prohibition on discrimination "on the basis of sex" include sexual orientation and gender identity. That language, noted the House brief, "involves nearly the same" legal terms as Title VII, decided in Bostock.