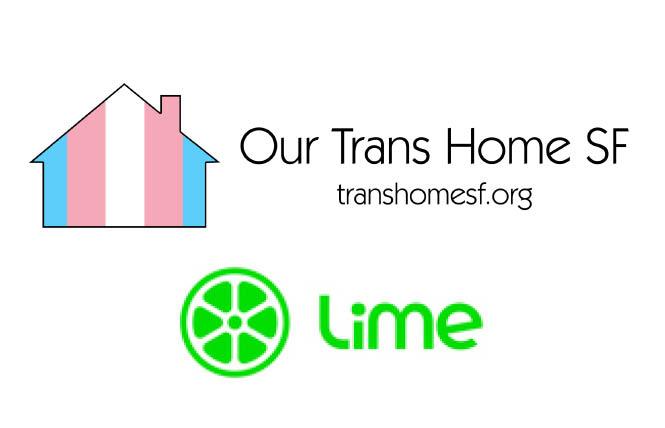 Lime, the micromobility company, is partnering with Our Trans Home SF to support its mission to raise awareness of, and end, trans homelessness in the San Francisco Bay Area.

As a Lime Hero partner, San Francisco Lime scooter riders will be able to round up the cost of each ride and donate the difference to Our Trans Home SF.

Our Trans Home SF is a city initiative championed by Mayor London Breed in the 2019 city budget. It includes rental subsidies and an apartment building near Chinatown that provides housing for 12 individuals. It works with several nonprofits, including St. James Infirmary and Larkin Street Youth Services.

"We are so excited to partner with Our Trans Home SF and connect our riders with their critical work to end trans homelessness in San Francisco," EV Ellington, Lime's general manager for Northern California, stated in a news release. Ellington is also head of the company's LGBTQIA+ employee resource group.

Akira Jackson of Our Trans Home SF stated that the trans and gender-nonconforming community faces homelessness rates about 18 times above other groups.

"We're thankful that Lime and their riders are helping draw attention to these issues and support our work to end trans homelessness in San Francisco," Jackson stated.

In 2018, Lime became the first micromobility operator to offer an opt-in donation module allowing riders to round up the cost of trips and donate the spare change to a community organization of their choice. The program has raised over $170,000 for nearly 40 local nonprofits worldwide. 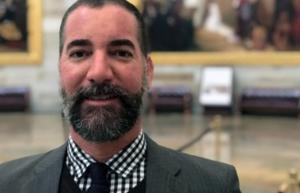 The National LGBTQ Task Force, which puts on the progressive queer conference, made the announcement July 16. The conference is scheduled for January 27-31.

"We are disappointed we will be unable to gather in person, one of the most powerful elements of Creating Change, but the Task Force is committed to planning a virtual experience that is diverse, accessible, and addresses the many issues facing LGBTQ+ communities," Andy Garcia, director of Creating Change, stated in a news release.

Garcia said that Creating Change plans to convene a virtual host committee. And while there are some things that will be missed because of an online gathering, Garcia did point to at least one benefit.

"A virtual Creating Change conference also means we will be accessible to many more participants, including many who have wanted to join us in person but have been unable to for various reasons," he stated.

The conference has been held in various cities over the years, including Oakland.

Organizers said that the current vision for the conference is an online pre-event in the fall — a Queering Racial Justice Institute October 10 — followed by the multi-day online experience in January.

For more information, go to www.creatingchange.org

Brigham, a longtime wrestling coach and sports columnist for the Bay Area Reporter, started the organization nine years ago as an outreach initiative of the Federation of Gay Games. At the time, Brigham knew less than a handful of LGBT coaches who were out at work. (Brigham's Jock Talk column is on hiatus due to the coronavirus pandemic.)

Brigham formed the idea for the group while he was volunteering on the FGG's external affairs committee. There were numerous LGBT+ sports-focused groups that had either just begun or were forming in 2011, but Brigham noticed none were specifically designed for the sports professionals who were mainstays in the industry and best positioned to help change sports policies and internal culture.

He reached out to former college basketball coach Helen Carroll, who was sports director of the National Center for Lesbian Rights at the time, to discuss ideas for trying to connect coaches and set organizational goals. Brigham created the name, designed a logo, and launched a private group Facebook page, which remains the group's primary means of internal communications. ECA also has a public social media presence for more visibility and is in the process of launching a website.

"When Roger outlined this program, I was immediately excited," Carroll stated. "My hopes were to have a place where LGBTQ coaches who felt so isolated could meet each other and discuss their experiences, needs, and of course, job difficulties and discrimination. Working for NCLR, I felt it important for this group of talented coaches to understand there is a legal organization where they can go, pro bono, to seek legal help or a referral to an attorney that could help, advise or represent them in tricky job situations."

From the beginning, the membership gender balance has hovered at right around 50%.

"Having equal gender representation was spoken of on Day One," Carroll said. "I was a bit concerned that in the beginning there was not the representation of people of color as members and role models, but that changed quickly with several coaches stepping into the idea of ECA being the really first LGBT coaches organization working for equal representation of everyone. It appears this has happened."

Several ECA members are not out professionally. ECA gives them a safe place to be themselves and get advice from peers whether they plan to come out or not.

"I've noticed that coaches and sport professionals really appreciate a safe space to voice dialogue surrounding LGBTQ athletes while creating a diverse network around the world," stated Galen Dodd, a volleyball coach at Lewis University who has stepped up to lead the organization's membership committee. "Many people we add have already shown themselves to be successful coaches or leaders in their industry. Joining ECA now gives them another tool in their toolbox to use."

Many members have been active in informing peers about ECA, but none more so than UCLA softball coach Kirk Walker, one of the first coaches to join.

"Recruitment of coaches and sports professionals begins with my reaching out to friends of ECA members on Facebook and introducing myself and the groups to them," Walker stated.

In recent months, ECA has developed a working relationship with GOSPACE, whose mission is focused on current and former LGBTQ student-athletes. Walker said the vast majority of ECA members were student-athletes before becoming sports professionals, so the cooperative relationship between ECA and GOSPACE provided mutual benefits, including the opportunity for athletes to get mentoring from coaches.

Outsports has also begun running features on many ECA members and their stories.

So far, ECA has existed as an informal network with no official structure or bylaws. Having reached a critical mass of members, it is now poised to organize more formally as a nonprofit organization, seek funding, and increase its workshop, policy and educational activities. Committees have formed and have been holding regularly scheduled online video meetings.