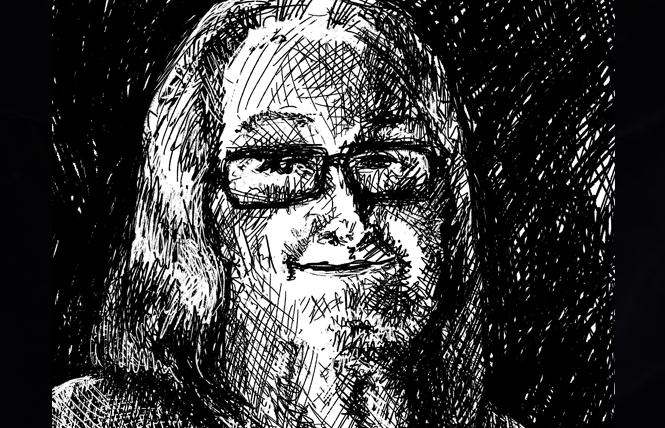 Aimee Stephens was a transgender woman.

In 2013, after decades of attempting to live as a man, Stephens approached her workplace, R.G. & G.R. Harris Funeral Homes Inc., with her intent to transition.

"With the support of my loving wife, I have decided to become the person that my mind already is. I cannot begin to describe the shame and suffering that I have lived with. At the end of my vacation on August 26, 2013, I will return to work as my true self, Aimee Australia Stephens, in appropriate business attire," wrote Stephens in a letter to her supervisors.

The 6th Circuit U.S. Court of Appeals disagreed, ruling that under Title VII, transgender people are included as part of "discrimination by sex," based in part on the 1989 Price Waterhouse v. Hopkins decision that determined that businesses cannot discriminate based on employees not conforming to stereotypical sex-based behavior.

Today, we are awaiting a decision from the United States Supreme Court, which will either keep things largely as they are for transgender people in this country, or will set back trans rights by decades, while potentially damaging the rights of all people to be free of sex stereotyping and religious bigotry in the workplace.

Justice can often come slow. When Stephens filed her case seven years ago, President Barack Obama was in his second term, and the country was a far, far different place. Today, it is unlikely that the EEOC under President Donald Trump would even take such a case. Further, while a lot of history would seem to make such a case an easy one to decide in Stephens' favor, Chief Justice John Roberts' court, with its conservative majority, is likely to go against decades of case law and common sense.

If you know a transgender person, now is the time to reach out to them and make sure they are well, happy, and have their needs met. By the time you read this column, we could see transgender people deeply scarred by the Supreme Court, left with no recourse in their workplace, as the same judicial body opens the floodgates for similar challenges to all other necessities of our lives.

For Stephens, however, the time for either a victory or a loss has passed: she died May 12 from complications due to kidney disease. Like so many of us, she will never know justice.

As a darkly ironic footnote to all this, being at the heart of such a potentially groundbreaking case means that Stephens' death was noted in the media — and with it, came the same issues in reporting that transgender people always face.

As often happens in media coverage of transgender people, the several outlets opted to report on Stephens using her birth name, also known in trans circles as a deadname.

In 2018, at a panel on obituaries at the National Gay & Lesbian Journalists Association's annual conference, a Washington Post obituary editor, Adam Bernstein, noted that the paper always includes previous names of the deceased. To a hostile crowd, he explained that it was a matter of accuracy to include such a name. He also pointed out that it was to be included so that associates of the deceased, who may have only known a person by their deadname, could find information.
It's an intriguing argument, I suppose, if one isn't transgender themselves. By claiming that it is somehow accurate to include such information, unfortunately, it also infers that a transgender person's innate state of being is also, somehow, inaccurate. This is very, very wrong.

I also, frankly, don't wish to give much oxygen to the notion that people who a trans person hasn't been in contact with for so long that they do not know of a transition and need a deadname to understand a person they once knew is dead likely aren't people who would care about such information for anything more than a lurid fashion.

It is worth noting that the Post did not use Stephens' deadname in its story about her passing, but the New York Times did.

Bowing to criticism following publication, the Times did change the article, with editor Patrick LaForge apologizing for the error on Twitter, noting that Stephens' deadname "was added later in an honest mistake by editors trying to interpret what we now realize is a confusing style rule for obituaries," and promising that their guidelines will be reviewed.

Meanwhile, the Associated Press, which publishes the Associated Press Stylebook and Briefing on Media Law, also included Stephens' deadname in its own piece. It too has walked it back, amending the article to note that using the deadname was not in "accordance with AP style to use the name by which the person lived and avoid former names unless relevant."

I'm glad these outlets edited the articles, but this is the world for transgender people right now. As the Supreme Court readies to make transgender people subject to job termination based on the whim of employers who can claim a religious exemption to basic fairness, we need to fight the media to even be treated with dignity and fairness in death.

Aimee Stephens was a transgender woman — and that matters.

Gwen Smith wishes a deadname was referred to as a "necronym." You'll find her at www.gwensmith.com