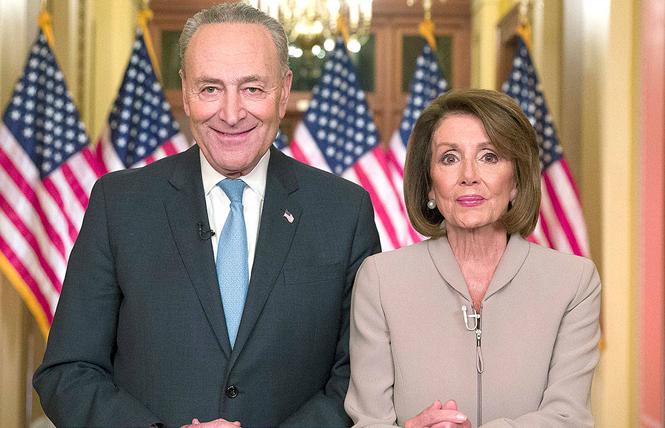 The good news is that Congress is poised to approve another federal stimulus package to help small businesses impacted by the novel coronavirus outbreak. The proposal includes a $320 billion extension of the paycheck protection program, or PPP, in which businesses with 500 or fewer employees can obtain loans from banks, mostly so they can meet payroll for eight weeks. If businesses retain employees and meet other requirements, the loans will be forgiven and ultimately paid by taxpayers. As many small business owners and their workers know, the first $349 billion for the program was snapped up quickly and the PPP ran out of funds in less than two weeks — before many companies could even apply. (The Senate approved the package Tuesday; it now advances to the House of Representatives.)

This time around, Congress, in consultation with the Trump administration, has refined the program to close loopholes exploited by a few large banks and companies at the expense of numerous smaller ones. Large restaurant chains like Ruth's Chris Steak House, which reported making $468 million in revenue, gobbled up $20 million of the PPP funds. Shake Shack got $10 million. (Its CEO said this week that he would return the money.) The Associated Press reported that publicly traded firms received $300 million in small business loans. Large hotel chains also got in on the action, reaping millions, all the while, truly small businesses were left in the dust.

The Washington Post reported this week that Senate Minority Leader Charles Schumer (D-New York) said that of the new $320 billion in funds, $125 billion would go to "unbanked" rural and minority areas. Women- and minority-owned businesses should also expect to see some of the money, according to NBC News. That should help small businesses, including those owned by LGBTs, and we hope that in hammering out the final details, the Senate and House will make sure that administrative regulations are improved. The Post noted that the Small Business Act, which formed the basis for the program, was originally intended to help small businesses and nonprofits with fewer than 500 employees that are unable to obtain credit elsewhere. This second round of money likely will run out soon too; there are simply too many companies that need emergency financial assistance.

And that need isn't going to subside anytime soon. While the majority of Americans understand the need for stay-at-home orders, it's clear that even when restrictions are eased, life will not be the same as it was before March 16, when orders were issued by Santa Clara County, San Francisco, and several other Bay Area counties. The economy will be slow to rebound and millions of Americans will contend with financial insecurity.

Congress must provide more economic aid to businesses, with the goal of helping smaller ones that make neighborhoods special and provide jobs to the majority of workers across the country.

We know that big companies are suffering too, but these larger firms should have their own stimulus program. Besides, they have other resources for financing that are not available or affordable to small businesses. This PPP expansion and any additional funds that Congress approves must be fixed to ensure funds are directed to their intended beneficiaries.

Local steps
San Francisco is helping small businesses in the city. This week, it announced that May deadlines for paying business registration fees and business licensing fees would be postponed until September 30.

All of this will help, but is not a cure. The city must be prepared to respond even more once it's safe for the economy to reopen, even as that will probably be a slow process.