Being LGBT in Tanzania still perilous 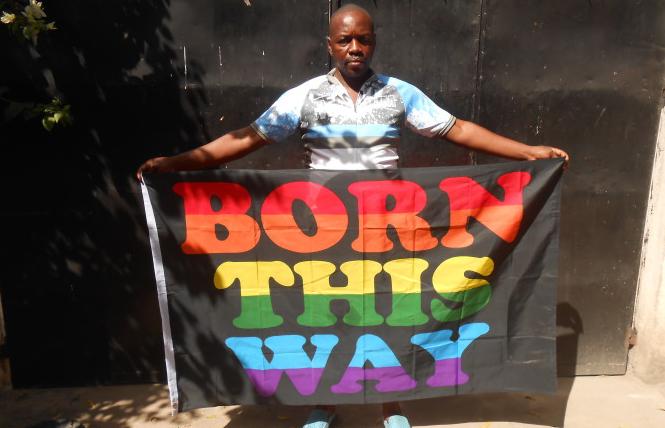 Tanzania's crackdown on LGBT citizens hasn't stopped, despite the country's leaders appearing to bow to the World Bank and other global pressures, queer activists said.

James Wandera Ouma, executive director of LGBT Voice, an organization in Tanzania, told Daily Xtra that he knows of more than 30 people on the mainland and 20 people in Zanzibar, an island off of the Tanzanian coast, who have been arrested within the past year and a half.

The arrests happened after the East African country reportedly acquiesced to international pressure from the World Bank, and others, following a previous crackdown on the country's queer community by Paul Makonda, the regional commissioner of Tanzania's capital Dar Es Salaam, in November 2018.

Homosexuality is punishable up to 30 years in prison in the country.

Makonda has been one of the most ardent foot soldiers for Tanzania's anti-gay campaign, activists said.

LGBT Tanzanians have been susceptible to routine abuse, blackmail, and assault or rape by vigilante mobs and police, the paper reported. Many are forced into sex work for survival, connecting with clients online and through social media because they can't get jobs.

Awkei pointed out that Tanzanians don't seem to realize what's at stake by not standing up for human rights, including LGBT rights.

"Everyday citizens who don't speak up for LGBTQ communities don't seem to realize that that's the danger," he told the newspaper. "Today it might be the LGBTQ community, and tomorrow it might be human rights defenders. If you don't protect one community, you protect none of them."

The body of Aneste Mwiru, a 25-year-old refugee from Uganda, was found outside the United Nations High Commissioner for Refugees' Nairobi office April 13, according to media reports.

Pink News reported that Mwiru was the father of a young son.

Police spokesman Charles Owino told the Thomson Reuters Foundation that "early indications [are that] it looks like suicide."

Mbazira Moses from Refugee Flag Kenya, a LGBT+ refugee rights group, and queer refugees who knew Mwiru told media outlets that he was depressed and financially struggling prior to the novel coronavirus pandemic.

Face 2 Face Africa reported that Mwiru was allegedly violently attacked by unknown assailants before he took his own life.

Mwiru had moved from Kenya's largest refugee camp, Kakuma, to a safe house in Nairobi due to being attacked by other refugees, LGBT refugee community leader Pio Pat told Face 2 Face Africa.

LGBT refugees' plight in the conservative East African country is perilous, advocates noted. There are an estimated 800 queer refugees living in the Kakuma refugee camp or in LGBT safe houses in Nairobi, according to experts.

Refugees have to apply for asylum in Kenya before they can register with the refugee agency. Until that time, they aren't legally allowed to work. Many queer refugees complain that their asylum applications are delayed in the system. Those who are lucky enough to have their asylum applications approved are allowed to work in the country and apply for refugee status with the U.N. Many wait a minimum of five years to be resettled in a new home country.

A Kenyan court upheld its British colonial-era anti-sodomy law in 2019. Homosexuality is punishable by 14 years in prison. However, the law is rarely enforced.

Fathiaa Abdalla, a UNHCR representative in Kenya, said the agency was "profoundly shocked and saddened by the tragic death and apparent suicide," in a statement to Reuters. The agency was cooperating with authorities.

Abdalla added that the agency was regularly in contact with refugees and officers in the country to "ensure that any required support is provided."

In a statement to Reuters, the secretariat of the Refugee Coalition of East Africa, a network of Ugandan asylum seekers in Kenya, urged officials to help LGBT refugees.