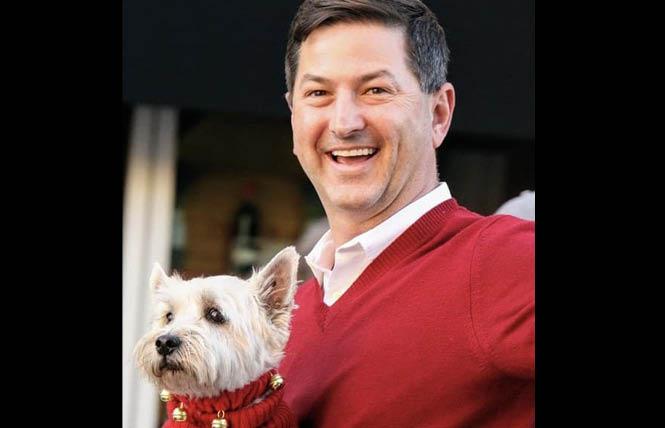 With conflicting reports on whether animals, especially dogs and cats, are vulnerable to the novel coronavirus outbreak, pet owners are being advised to take precautionary measures to protect the health of their animals and their own well-being.

So far there is no evidence to suggest that people can contract COVID-19, the respiratory illness caused by the virus, from the fur of their dogs or cats. There have been sporadic reports of people passing on the disease to animals, most recently that of a tiger at the Bronx Zoo in New York. It followed reports of two dogs infected in Hong Kong and a cat in Belgium.

"What we know today is that we don't have any information to say pets would contract the disease," said Dr. Megan Gibbings, a veterinarian with West Coast Animal Hospital in San Diego. "There have not been any reports of household pets in the U.S. becoming sick or testing positive for COVID-19. At this point testing for pets is not recommended or being performed routinely."

The issue of how much animals are at-risk has prompted officials with the World Health Organization to launch an investigation into the matter. Earlier this month Dr. Maria Van Kerkhove, the WHO's technical lead on the outbreak, told reporters, "There are several groups that are conducting investigations in animals to really understand how pets are infected."

During a virtual town hall co-hosted last week by gay Assemblyman Todd Gloria (D-San Diego), a leading candidate to become his city's mayor next year, and gay San Diego City Councilman Chris Ward, who is seeking to succeed Gloria in the Legislature in December, Gibbings noted one veterinary laboratory had tested more than 5,000 samples from animals in 176 different countries and had yet to find a case of COVID-19.

"We don't think it is likely we will see widespread disease in pets," said Gibbings on the April 8 phone call. "If they were to become ill, it is unlikely that the disease would spread further to humans or other pets."

Gary Weitzman, president of the San Diego Humane Society who also took part in the call, said there is no evidence to suggest people can contract the virus from petting their animals.

"We do not any longer believe animals can harbor this virus on their fur," he said. "COVID-19 cannot survive very long on their fur."

"It is being recommended if individuals test positive for COVID-19 they limit contact with their pets until we know more," said Gibbings. "Have a family member or relative or friend take care of walking and playing with your pet. Isolate yourself from your pet like you would other humans."

Weitzman agreed that people should treat their pets exactly the way they treat other family members.

"We just want to keep the pets as safe as the humans," said Weitzman. "The hardest medicine I can recommend is to stay away from your pet while you stay at home alone."

For those wanting to have some contact with their beloved pet, Gibbings suggested they Facetime with their cat or dog just like they would do with their children and spouse.

"It is not the same but it is something," she said.

For those pet owners not showing signs of illness but who may have come in contact with someone who has the virus, Gibbings said she felt it wouldn't be a problem for them to carry on with their daily routines with their pets as long as they made a few adjustments.

"If you are exposed to someone who tested positive, maybe not cuddle as much on the couch with your pet. Wash your hands before petting your animal or feeding them," she said. "We don't have enough information to say that is a real concern at this time. If someone is sick and showing signs, we want to use every precaution just to be sure."

Household cats should be kept indoors for now, Gibbings advised. As for outdoor cats, Weitzman said it is fine to interact with them as normal if they like to be petted. But he advised if a feral cat or a neighbor's cat that is allowed to roam appears sick, people should call their vet, a pet rescue group, or their local animal care and control agency.

Dog owners are advised not to take their canine charges to their local dog park or allow their pooch to play with other dogs while on walks.

"I wouldn't let my dog play with other dogs in other households right now," said Wietzman. "It might be contradictory, but I still think out of an abundance of caution I suggest play groups not happen right now, only with intra-household groups of dogs and cats."

People should continue with their normal washing routines with their pets, such as giving their dog a bath with shampoo and warm water every two weeks. Weitzman said it is always a good idea to wipe down their feet after taking them outside for walks.

"It is not a bad idea to assume everything in the world is a potential contaminate," he said. "It is a good idea to wipe them down when they come in. But it is not a problem for a dog to be around where other dogs walked around."

Although Gloria doesn't own a pet, he is an animal lover, while Ward and his family have a Cairn Terrier dog named Monty. They hosted the call due to fielding questions from their constituents who own pets.

"As a pet owner I learned a few things," Ward said on the call. "There are 350 people on the call, so this information is going to be comforting for so many in our community."

As chairman of the Regional Task Force on Homelessness Ward said one thing he has come to understand is the need for local shelters to be pet-friendly, especially during a health crisis like the current pandemic.

That way, said Ward, "no one has to choose between a loved one and their pet and coming inside during this crisis."

As people shelter-in-place, animal shelters and pet rescue groups have reported an uptick in the number of people adopting or fostering animals. But many have changed their normal adoption process in light of the pandemic.

The San Diego Humane Society, for instance, has gone to virtual adoptions, said Weitzman. People interested in adopting can check out the available dogs and cats online, talk to an adoption counselor by phone, and schedule an appointment for a drive through hand off with society staff.

"It is a great time to adopt a dog, cat, or rabbit or anything else," said Wietzman, noting the spring normally sees an uptick in the numbers of puppies and kittens that end up in shelters. "We definitely would love people to step up to foster or adopt."

Like their counterparts across the state, West Coast Animal Hospital has also changed its usual routine with its clients. People are no longer allowed to come inside with their pet and are instead being greeted outside by a staff person.

"My hospital and others are still open and operating. But many vets have made adjustments to our operations to make sure their staff is safe," she said. "We are not letting people inside with their pets. We require staff to wear face masks and follow hand-washing protocols."

SF options
Programs that aid low-income pet owners who also may have mobility issues, such as Pets Are Wonderful Support, also remain open during the crisis to continue to provide food, cat litter, and dog-walking volunteers for their clients. As the Bay Area Reporter noted in a story in its edition Thursday (April 16), PAWS in San Francisco has also instituted procedural changes to protect the health of its staff, volunteers, and clients, both human and animal.

Park Merced resident Thomas Francis Jones, who receives food and medical care from PAWS for his dogs Petey, 13, a McNab Collie, and Klay, 3, a Yorkshire terrier, told the B.A.R. he is being careful to avoid other people when he takes them out for walks. It is made easier, he said, by Klay not liking to be around most other dogs.

"When he sees other dogs he goes hysterical, so I try to walk him in seclusion in the courtyard and in the back of the property," said Jones, 62, a gay man who lost his partner in 2001. "These dogs are my family, so I have limited their social contact for health reasons when I see our neighbors."

Longtime PAWS volunteer Kristen Sinch, 40, who just moved from Oakland into San Francisco's Cathedral Hill district to live with her boyfriend, continues to walk pugs Bernie, 14, and Juanito, 11, for gay Tenderloin resident Stephen Eisland. She did cancel one of her weekly Saturday appointments because she was feeling under the weather out of a sense of precaution not to get Eisland or his dogs sick.

"I personally am not worried about it. We have a vet on our team at Wild Earth and he has assured us it is not something to be worried about," said Sinch, who works for the Berkeley-based pet food company, about contracting the virus from Eisland's dogs or her own two cats and the dog she is currently fostering.

Plan ahead
Local animal shelters are asking pet owners to prepare a plan for how their companion animals will be cared for should they become ill with COVD-19 and need to be hospitalized so that the government-run facilities are not overrun. As the B.A.R. first reported online March 27, pet owners should devise emergency plans for each of their pets.

The document should include the person's name and contact information, including cellphone number, their pet's feeding schedule, any medical conditions and treatment instructions. Also note if your pet is up-to-date on vaccinations, and list the contact information for your veterinarian as well as three family members or friends who can check on your medical status and give the provider updates.

Another key suggestion is for pet owners to compile a bag of animal supplies with food, two weeks worth of medications, and any additional needed supplies, including a travel kennel, for their animals.

Lastly, pet owners should find a temporary caregiver for their pets while they are hospitalized. Ask a neighbor, family member, friends, or pet-sitters if they can pitch in, or contact a boarding facility to make arrangements in the case of an emergency.

Another possibility for finding someone in your area willing to help is via this website.

San Francisco's COVID-19 Emergency Response Volunteer program is looking for volunteer dog walkers as part of the various assistance being provided to people in need. The city's Department of Disability and Aging Services teamed with the nonprofit Shanti Project, which oversees the local PAWS program, to manage the volunteers. Those who sign up must be healthy, under the age of 60, and pass a background check.

Those interested in helping out should email helpnow@shanti.org or call (415) 674-4701 and a staff person should respond within 24 hours. For more information, visit http://www.shanti.org/cerv