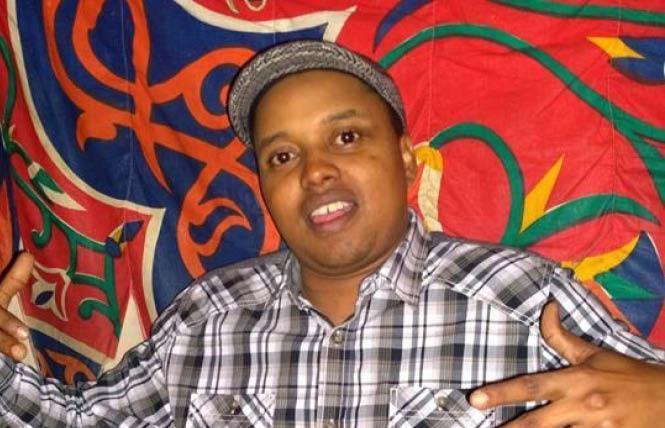 Oumar Yaide may be released from Immigration and Customs Enforcement custody if he can post a $10,000 bond. Photo: Courtesy Pangea Legal Services

A gay San Francisco man in United States Immigration and Customs Enforcement custody may soon be released, if he can post a $10,000 bond.

The move from ICE comes because it was recently discovered that Oumar Yaide, 32 (known in court documents as Abderman Yaide), has Type 2 diabetes, which puts him at heightened risk for contracting COVID-19 (the illness caused by the novel coronavirus), and heightened risk of an adverse outcome should he contract the disease, which has killed tens of thousands of Americans in recent weeks.

Yaide's friend Hayley Kay set up a GoFundMe page to raise money for the bond, which must be paid in full, unlike in criminal case proceedings.

The page had raised over $3,600 as of press time. Kay said it was initially a fund to help Yaide get re-established upon release and had to be re-tooled into a bond fund. She said that the news was "bittersweet."

"On the one hand, I'm elated and I'm happy, but I'm also frustrated they are asking for a $10,000 bond when other inmates are getting released because of COVID-19," Kay said in an April 16 phone call with the Bay Area Reporter. "We're going to work until we can get the money."

Edwin Carmona-Cruz of Pangea Legal Services told the B.A.R. in an April 16 phone call that he is "confident" the money will be raised.

Yaide has been in Yuba County Jail near Sacramento since early March, when he returned to the United States from Chad. Breyer had previously ruled that ICE deported Yaide to Chad illegally and was obligated to return him.

"Oumar is a constituent of mine from the Mission district, and we are thrilled that after months of legal limbo, he will finally be returning home," Ronen stated in an email to the B.A.R. "This is a testament to the relentless advocacy of his closest friends, the immigrant rights groups who diligently monitored his case, and the broader community of supporters who worked for months to bring Oumar home where he is safe and supported."

Updated, 4/17/20: This article has been updated to include comments from Supervisor Hillary Ronen.