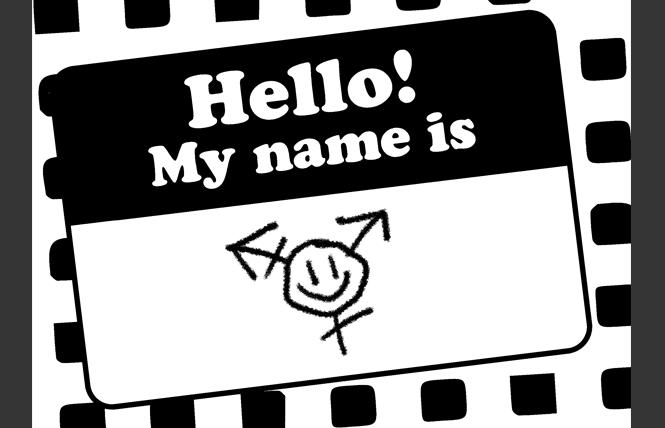 You don't need me to tell you how difficult and challenging these times are. We're all living through a pandemic and the affiliated economic collapse, made all the worse by an inept and cruel response from a corrupt federal government. Even more so, this will end up disproportionately affecting marginalized groups, including transgender people.

Under the cover of all this, Idaho decided to prioritize anti-transgender legislation over protecting its own citizens' health or prosperity by passing a pair of bills, which Republican Governor Brad Little signed into law, as the Bay Area Reporter recently reported.

The first of these is like many we've seen this legislative cycle, barring transgender women and girls from competing in women's sports, with the added twist of allowing any opposing coach, school administrator, or even parent to challenge the sex of a student athlete. Once they do so, the athlete would be required to undergo invasive sex testing — including genital examination — to participate in sports activities within their gender.

I want, however, to talk more about the other bill that Little signed. This one, House Bill 509, would disallow changes to birth certificates, including updating a gender marker, one year after the certificate is issued. Known as the Idaho Vital Statistics Act, the bill states that it is all about presenting a "factual record," and declaring that "allowing individuals to alter their vital records, including birth certificates, based upon subjective feelings or experiences undermines the government's interest in having accurate vital records."

Yet a birth certificate isn't some simple piece of paper issued by the state to provide data used to determine gender for scientific reasons — as Idaho attempted to declare — but is used far more to determine the rights and privileges presented by the state. It is used to declare your identity at the most basic level, including your name, your family, and even your nationality.

In spite of Idaho's arguments, a birth certificate isn't a one-time document that proves a snapshot of one's birth, immutable from that point forward. It is a document of your very existence.

For a transgender person, this document is a key part of establishing our identity in the eyes of the law. Being unable to update, in short, disallows transgender people the full protection of the law.

Let me explain for those who have never had to go through this, those who may not consider themselves transgender, and for whom their documentation doesn't present anything not in line with their own sense of self identity: imagine if you had to prove to the government just what your name or gender was — and it wasn't willing to take your word for it.

First and foremost, you might reach for your driver's license or your identification card or passport. But at the heart of all of these identity documents is your birth certificate, this "factual record" of who you are.

Imagine, for a moment, that it listed a gender identity different from the one you claim, and a name that also reflects that erroneous gender. Imagine that information being used as the basis for all of your identification, forcing you to live and work, knowing that your own innate sense of identity could be legally challenged at any time, and you would very likely lose.

Imagine if you ended up being locked up for whatever reason, and your identity paperwork being used to place you in a prison not fitting your gender, or being forced to assert your gender identity in myriad other ways that it could be challenged?

The arguments that have long been put forth about transgender people is that we seek to change our genders on a carefree whim, perhaps bouncing back around as we see fit, using our identities to gain special benefits as needed.

Yet changing a birth certificate has never been something that can be done so easily. It typically takes a court order to update such paperwork, and isn't something you can flit by the judge's courtroom and get changed. It takes a certain level of work. I might even argue that it should be easier, not harder, to update this paperwork.

When we choose a new name for ourselves, and update a gender marker on our paperwork, it is a binding declaration that affirms our identity in a legal form. It is the very opposite of this false notion of transgender people wanting to bounce between one gender and another as a lark.

Indeed, by removing the ability to update one's legal paperwork, one could argue that Idaho is trying to make that myth a reality, forcing us to have no legal recourse on our name and gender, and causing such to have no foundation.

Unlike those who are not transgender, our names and genders are hard won, the product of years, even decades, of soul searching and hard work. They are part of a lengthy path of recreating ourselves in a world that all too often would rather see us be miserable, hollow shells, rather than presenting the whole of our beings.

If you are not transgender, that may sound a bit like hyperbole. Yet I assure you that seeing our names and genders recognized can often be a case of life or death.

It would seem that the Idaho Legislature and Governor Little prefer the latter.

Gwen Smith has been Gwen Smith for more than a quarter century. You'll find her at www.gwensmith.com