Editorial: Lee for college board 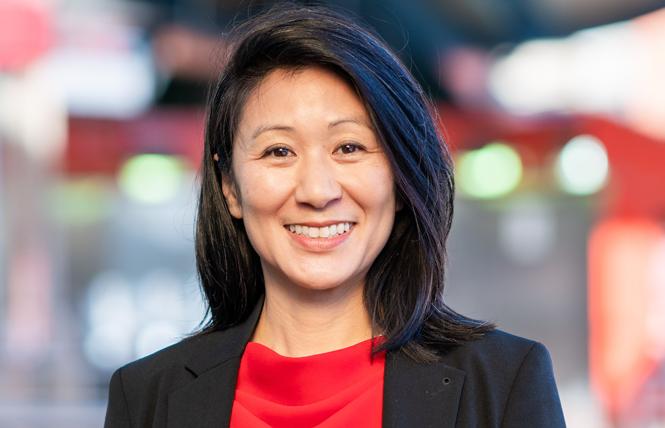 Mayor London Breed has had several opportunities to fill vacancies on city boards or commissions after members left for other positions. One of those appointments was Ivy Lee, whom Breed named to the City College of San Francisco Board of Trustees after Rafael Mandelman, a gay man, was sworn in as District 8 supervisor. Lee is an ally to the LGBTQ community and has a solid grasp of the issues facing the college. She has demonstrated a commitment to making City College solvent and efficient so higher education will be accessible to all San Franciscans. She should be elected to serve out the rest of Mandelman's term.

Lee told us in an editorial board interview that she was initially surprised when Breed approached her about the job. A former aide to progressive former District 6 supervisor Jane Kim, Lee said that she told the mayor, "If you're looking for a political person, and by that I mean you want someone who, you know, you're going to text and tell me how to vote, I am the wrong person for that, so I don't want to waste anyone's time if that's where you're going with this. And she said, 'You know, that is exactly why I want to appoint you.' ... She just said, 'You know the reason I want to appoint you is I know that you know who you are and you're going to vote the way that I think you're going to, you're going to put the students first.'" That impressed Lee enough to accept the appointment. Lee is also the only Asian Pacific Islander on the board, after having none for the last couple of years.

Lee's priorities are to the students, faculty, and staff of City College. She supports expanding student and faculty housing programs to the school's classified staff. While in Kim's office, Lee was one of the architects of the Free City College program for San Francisco residents who are full-time students — and she wants to make that permanent. She is proud of the fact that the board just adopted its first balanced budget in a decade.

Lee is not afraid to ruffle feathers if that's what's needed for improvement. She was somewhat critical of Chancellor Mark Rocha. While she said Rocha "is doing as well as anyone can do," she added that he needs to "invest time and really hear the community." That was apparent after our meeting when he proposed large raises for administrators and staff without communicating adequately that they were long overdue and justified. After criticism from students and staff, the raises were reduced and Lee was the lone vote on the board for withholding the increases until an audit could be performed to determine the plan's suitability.

Lee is a strong member on the college board and voters should retain her.