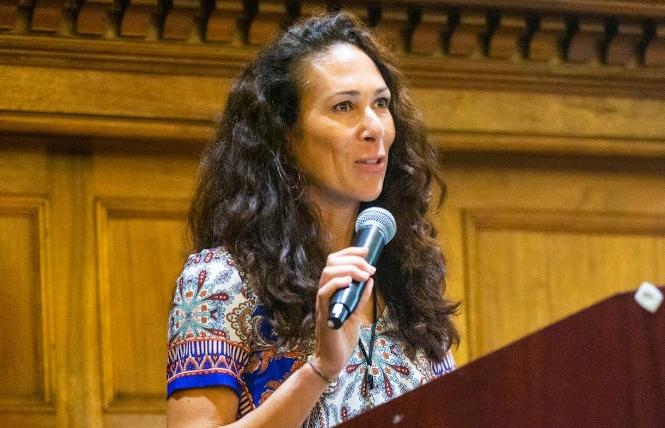 Hepatitis C rates are rising and the epidemic is moving into younger age groups, a shift linked to the ongoing opioid crisis, according to new data from the Centers for Disease Control and Prevention. As a consequence, efforts to eliminate the virus are falling behind.

"We've now experienced a 375% increase in new [hepatitis C] cases since 2010," said Frank Hood of the AIDS Institute. "Hepatitis C can be cured, and we can end the epidemic in our lifetimes. With data showing that the crisis is worsening, we are calling upon the administration and the Congress to commit the necessary resources until hepatitis C is eliminated in the country."

Shared injection equipment is the most common route of hepatitis C virus transmission, but it can also be transmitted sexually — especially among gay and bisexual men — and from mother to child. Over years or decades, chronic HCV infection can lead to severe liver complications including cirrhosis, liver cancer, and the need for a liver transplant. There is no vaccine to prevent hepatitis C, but new antiviral medications can cure most people in eight to 12 weeks with few side effects.

New CDC numbers
Each week, health departments across the country report cases of viral hepatitis to the CDC. The latest national surveillance figures, through the end of 2017, show 3,186 reported acute, or recent, HCV infections, for a rate of 1.0 per 100,000 people. This represents an 8% jump from the prior year and continues a steady rise over the past decade. But experts estimate that fewer than one in 10 acute HCV infections are ever diagnosed, so the actual number is probably around 44,300.

The CDC estimates that 2.4 million people have chronic HCV infection lasting more than six months. This number appears to be declining as a growing proportion of the roughly 4 million people who test positive for HCV antibodies are treated and cured.
Although baby boomers historically have had the highest hepatitis C rates, new infections are rising rapidly among people ages 20 to 40, according to the report. Men and women, and white, African American, and Latino people all saw increases.

In August, the U.S. Preventive Services Task Force issued a new recommendation that all adults ages 18 to 79 should be screened for hepatitis C at least once, regardless of risk. The task force previously recommended one-time universal HCV screening only for people born between 1945 and 1965. Those under 18 and over 79 should also be screened if they have known risk factors.

According to the CDC's latest National Viral Hepatitis Progress Report, the goal of reducing the rate of reported acute HCV infections to 0.25 per 100,000 people by 2020 is unlikely to be met. However, the target of reducing hepatitis C-related deaths has already been achieved, thanks to the new treatments.

Hep C in San Francisco
End Hep C SF, a consortium of public health workers, researchers, care providers, advocates, and people living with HCV, aims to eliminate hepatitis C as a public health threat. In practice, this would mean that the few people who still become infected would be quickly identified and cured, thereby preventing transmission to others.

UCSF epidemiologist Meghan Morris, Ph.D., said that around 22,000 people in San Francisco — about 2.5% of the population — test positive for HCV antibodies, of whom around 12,000 have active chronic infection.

Most of those with chronic HCV are people who inject drugs, who account for 11,147 cases. Men who have sex with men (2,264 cases) and transgender women (163 cases) are also disproportionately affected. About one out of six trans women in the city are living with hepatitis C, according to Morris.

Morris gave an overview of the city's progress in fighting the epidemic, which was described in more detail by representatives from organizations including the San Francisco AIDS Foundation, Glide, Larkin Street Youth Services, and the DPH's Street Medicine Team.

Much of the city's success has come from offering HCV testing and treatment in non-traditional settings such as needle exchanges, methadone clinics, pharmacies, jails, and a mobile screening van. SFAF's Sixth Street Harm Reduction Center, for example, has tested more than 6,000 people for HCV, of whom 90 have completed treatment.

Providing hepatitis C treatment for people who are homeless or unstably housed can be particularly difficult, as they face challenges such as having their medication stolen, confiscated by police, or lost in street sweeps, according to Amanda Bierkamp of the San Francisco Department of Public Health.

"In PrEP programs, we're seeing [sexually transmitted infection] rates that are very high, and HCV is a sexually transmitted disease," said UCSF's Dr. Annie Luetkemeyer. "PrEP has been incredibly important in terms of reducing HIV risk, but the message about hep C risk hasn't gotten out there as much."

Luetkemeyer suggested that the same type of rapid treatment that has helped bring down HIV rates could potentially also work for hepatitis C.

"I joke that in San Francisco, it's like a crime if you're diagnosed with HIV and you're not on medications within three hours. ... That was a crazy thought that now has become a national model," she said. "Why should anyone walk out the door the day they're diagnosed with hep C without drugs in their hand to treat them?"