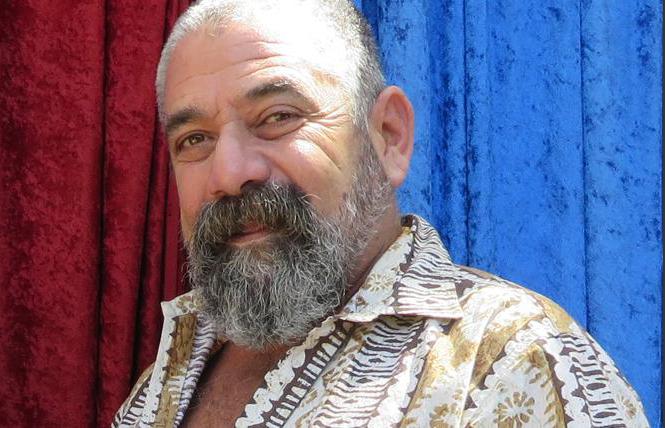 Organizers of next weekend's Russian River Pride are set after their parade permit was approved Friday.

According to Maggie Fleming, communications manager at Permit Sonoma, "As of 2:55 p.m. Friday, the parade permit's been issued."

The update follows up on the Bay Area Reporter's initial story that as of press time for the print edition Wednesday, officials had not yet approved the parade permit.

Unlike last year, when a conflicting event caused the California Highway Patrol to say it couldn't provide security for the Pride parade, the agency told the Bay Area Reporter this week that it doesn't see any problems providing personnel to monitor the event.

Russian River Pride was first conceived in August 2018 after what had been called Sonoma County Pride was moved to Santa Rosa from its former Guerneville location, in the hopes of attracting more people to a more central location. But those plans, which included a parade down Guerneville's Main Street, were abruptly scaled back when the CHP would not issue a permit to close the street.

"The CHP said they did not have enough officers to cover both the Vineman (triathlon) race and our parade," explained Larry Boeger, co-owner of Timberline Restaurant and Bar and the person assigned to get the permit last year.

But Jensen vowed to try again this summer and has organized the upcoming celebration with the theme, "Flooded with Love," a reference to the destructive floods that submerged much of Guerneville and the surrounding area in February. Some of the participating resorts are still only partially reopened.

River Pride 2019 kicks off Friday night with a Pre-Pride Party at the R3 Hotel, located at 16390 Fourth Street, starting at 8 p.m., and featuring "karaoke and cocktails." Jensen said there will be no cover charge for events at the R3.

This will be the first event for the damaged R3 Hotel since the winter floods.

Jeff Bridges, 58, general manager of the R3, revealed, "We are planning a soft opening for Labor Day weekend, contingent on all equipment arriving before then."

Most River Pride events are scheduled for Saturday, September 7, starting at 10 a.m. when the Rainbow Cattle Company, located at 16220 Main Street, opens early for cocktails and a "light breakfast," similar to the spreads at the Rainbow's weekly fundraisers called Give-back Tuesday. On the street out front, the organizers have planned music presented by DJ Loren Henry from Reno, Nevada.

Jensen expects the largest crowd for the Pride parade down Main Street, which starts at 11.

Diva D. and Berlin Fisher will serve as hosts. Diva, who uses only one name, is a local resident and entertainer. Fisher, 52, is a gay man and owner of West Sonoma Style Bar hair salon on Third Street. In 2002, he was crowned 30th emperor of the Imperial Court in San Francisco.

After the parade has ended, two parties will start at 12:30 p.m.

The Timberline will partner with the Woods Resort, located at 16484 Fourth Street, to host a Retro Party around the Woods pool with music by DJ McBayne, according to Boeger and Woods co-owner Michael Preaseau. Cover will be $5; food will be on sale and there will be a cash bar.

At the same time, the R3 Hotel will also host a pool party with DJ Henry, which they are calling Contemporary Throw Down; vendors will sell River Pride merchandise. Both parties run until 5 p.m., when Boeger said Timberline will open for dinner and stay open for dancing starting at 9.

Billed by organizers as the main event, "A Gaylactic Celebration" will start at 8 p.m. Saturday at the R3 Hotel. Produced by "The Star Queen" Cockatielia, the show features Heklina from San Francisco's Oasis nightclub and will include performances by the Starlettes of the Divashere: Miss Rahni NothingMore, Deana Dawn, Pippi Lovestocking, Suppositori Spelling, and drag king Kit Tapatia.

On Sunday, from noon to 5 p.m. around the R3 Hotel pool, Jensen said organizers have planned one more event they are calling De-compression Sunday.

Updated, 8/30/19: This article was updated to indicate the Pride parade permit has been approved.