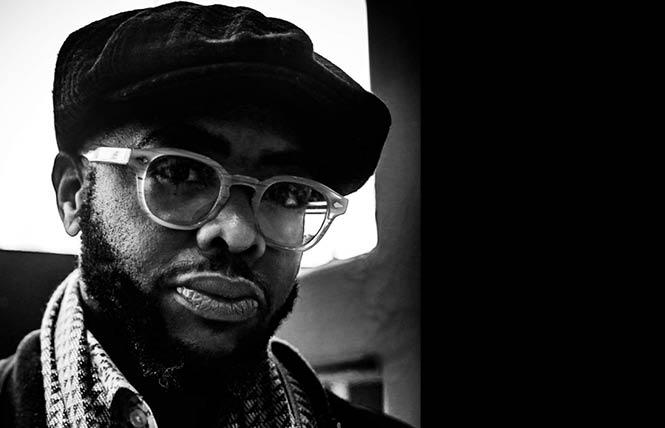 The first-ever National Trans Visibility March is scheduled to take place Saturday, September 28 in Washington, D.C. Organizers are hoping that the march itself will bring awareness the most pressing issues for American transgender communities right now: visibility, the full rights of citizenship, and the ongoing unchecked murder of black trans women.

"This march is a direct response to this current administration working so hard to roll back the gains that we've made in health care, in justice, in our rights to just live our lives," Shawn Demmons, the march's director of community engagement, said in a phone interview with the Bay Area Reporter.

The Human Rights Campaign counts 15 murdered black trans women so far in 2019. It includes in its accounting of lives lost Johana Medina Leon, a transgender woman who sought asylum in the United States from El Salvador who died just after being released from detention by Immigration and Customs Enforcement this June.

Demmons, 54, put into words the enormity of the challenges transgender Americans face. "Every issue at play right now in larger arenas all affect trans people, but it's magnified in these marginalize identities, for black people, people of color, trans people especially," he said.

Organizers of this march hope to bring visibility to these struggles.

Originally scheduled for April, Demmons said a postponement, team restructuring, and a more "realistic budget" were necessary for this event to take place in September.

"We will march in solidarity in support of the passing of the Equality Act and inclusion for the trans community, Marissa Miller, national organizing director of the National Trans Visibility March, said in a news release. "We encourage all to #March4TransEqaulity while demanding justice for those whose lives were taken through senseless acts of violence and murders."

The march, with the theme "The Ties That Bind Us," will include other weekend events, beginning Friday, September 27. The organization will honor trans, nonbinary, and gender-nonconforming leaders and luminaries at an event called the Torch Award Ceremony at the Crystal Gateway Marriott in Arlington, Virginia. Flame Monroe, noted drag queen comedian, is slated to host.

The rally and march begins September 28 at 10 a.m. Starting at Freedom Plaza, at the corner of 14th Street and Pennsylvania Avenue NW, adjacent to Pershing Park in Washington, D. C. The website for the event does not yet list the full route or length of the march.

Demmons was very focused on the outcome of this rally, knowing that a gesture can kick off a movement but cannot change society all at once.

"I don't think one march is going to change this overnight, but it will give us national exposure," he said. "You'll see us. Not just the people on TV, not just the 14 black trans women who've been murdered, but all of us leading our authentic lives."

The focus of the National Trans Visibility March, according to Demmons, is both personal and political. "This is really about we want to live. This is about dire straits," he said. "This person in the White House is stoking the fires of transphobia and bigotry, making it seem OK. People don't have to understand us, but we're demanding respect and the right to be a part of and reap the benefits of this society."

As the march begins within sight of the White House, the people therein will be hard-pressed not to notice.

For more information about the march or make a donation, please visit https://transmarchondc.org/donate/