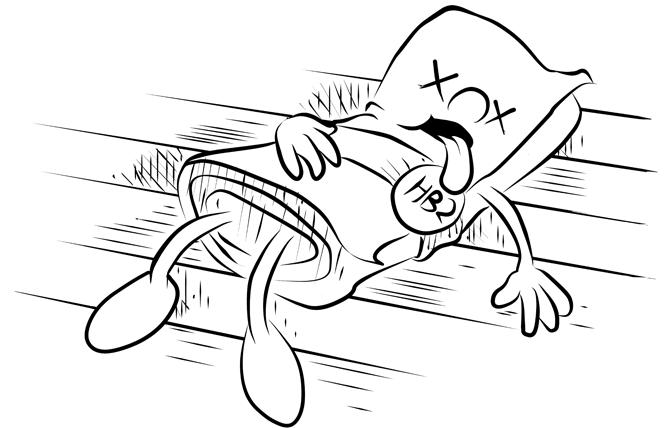 For those readers who may not know the significance, I'll explain: The Public Facilities Privacy & Security Act, otherwise known as HB 2, was a bill passed in North Carolina in 2016. It was developed in part as a reaction to the city of Charlotte's Ordinance 7056, passed earlier that year, that prohibited discrimination based on sexual orientation or gender identity within a few specific categories, including public accommodations.

A month after the passage of Ordinance 7056, a special session was called of the state's General Assembly. A day later, HB 2 passed and then-Governor Pat McCrory signed the bill into law.

What HB 2 did was simple, but far-reaching. It preempted any anti-discrimination ordinances — and not just LGBTQ-specific ones — enacted below the state level, disallowed anyone but the state to determine the minimum wage, and required anyone using the restrooms at schools and public facilities in the state to only use the one corresponding to the gender listed on their birth certificate.

The fight over transgender people and bathrooms has been around for a while, flaring up in the aftermath of the fight for marriage equality as a new cause célèbre. The basic argument is that rapists and pedophiles will somehow use the restroom of a gender different from theirs, and their right to do so and assault others will somehow be upheld due to transgender public accommodation rights.

The notion is laughable, seemingly oblivious to the fact that rape and the sexual assault of minors are both illegal. Unless you are the president of the United States, who is an alleged sexual predator, or one of his trusted advisers, it seems — but I digress.

The notion of this sort of crime didn't start with transgender people, of course. Racists arguing against the rights of blacks and other people of color using the same facilities as whites usually included arguments that blacks would somehow use these rights to assault others. The fight for the Equal Rights Amendment in the 1970s included arguments that the law would lead to "co-ed" restrooms and legalized assaults.

Gay rights battles, too, led to assumptions that restrooms would become a hotbed of sexual assault. One may argue that the debates over trans restroom usage are simply an extension of this same trope used against gay and lesbian people in the 1970s, even as transgender people now see evolving media stories claiming they are inappropriately "recruiting" non-transgender people, just like the era of Anita Bryant and state Senator John Briggs.

However, back to HB 2. The passage of the bill caused a firestorm. Various localities across the country enacted bans on state-funded travel to North Carolina (including California and the cities of San Francisco and San Jose). Companies scaled back plans to expand into the state and performers canceled events. The NBA moved its 2017 All-Star game from Charlotte. Overall, North Carolina lost about $400 million in jobs and investments thanks to HB 2.

McCrory also lost his job, as he was defeated by Democratic gubernatorial candidate Ray Cooper, who ran largely on repealing HB 2 — and he did. Sort of.

One year, almost to the day, after the passage of HB 2, the Legislature passed HB 142. The bill declared that "state agencies, boards, offices, departments, institutions, branches of government, including the University of North Carolina and the North Carolina community college system, and political subdivisions of the state, are preempted from regulation of access to multiple occupancy restrooms, showers, or changing facilities, except in accordance with an act of the General Assembly."

On the nature of local government control over anti-discrimination ordinances, however, it simply kicked the can to December 2020.

One might think this is the end of the story, but Joaquin Carcaño, a transgender man who works for UNC-Chapel Hill, disagreed. He took the state to court, in Carcaño v. Cooper. In July, a settlement in that lawsuit was approved, placing another nail in HB 2's coffin. The state may not bar transgender people from using a public restroom or similar state-run facilities congruent with their gender identity.

While this battle appears to, at long last, be won, I can't help but note that the war is far from over.

So-called bathroom bills still crop up in states every legislative session, as well as similar policies to restrict transgender minors in sports, and even proposed laws designed to limit gender-affirming care. Meanwhile, the United States Supreme Court is poised to debate transgender workplace rights in a case that could prohibit sex-based protections for decades. Transgender people remain barred from the United States military in most instances while "religious freedom" arguments threaten LGBTQ rights nationwide.

When HB 2 passed, many other states — most notably Texas — began to look at it as a framework for halting the spread of trans rights. I still expect to see some places attempt to do so again, but the fight against HB 2 may make all but the most fervent lawmakers think twice.

This is something from which we should take some small amount of hope. Even in these dark days, we still have a chance of victory over what was an undefeatable bill that could sweep across the country, state by state, stripping transgender people of their rights nationwide.

Let this one victory be a candle in the darkness that is the fight for transgender rights in the era of President Donald Trump, Vice President Mike Pence, and Supreme Court Justice Brett Kavanaugh, and let it help fuel us as we continue to fight for a better, more just world for transgender and nonbinary people.

Right now, we need to take our victories where we can get them.

Gwen Smith doesn't carry her birth certificate around. You'll find her at www.gwensmith.com.