Guest Opinion: The Pride in shame 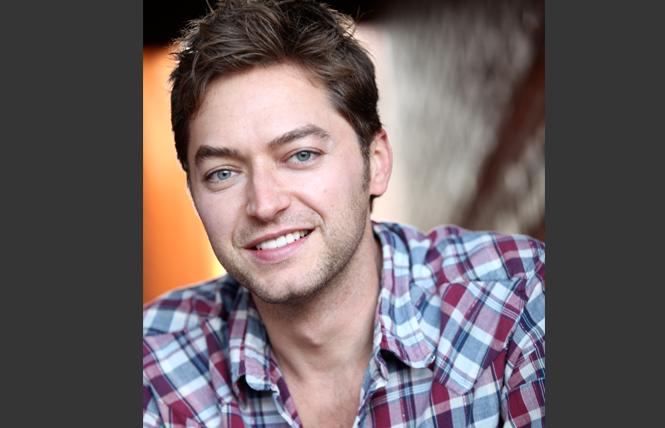 Pride Month is here! And with it comes a monthlong excursion navigating coast-to-coast parades to celebrate community, self-affirmation, and a true gathering of family with every facet of the LGBTQ2+ prism.

It's easy to get swept away in our safe bubbles among the swirl of rainbows and glitter-bombed gays, taking countless selfies in front of that mighty flag waving over the Castro, or the seven foot tall drag queen in the parade who's bedazzled in zirconium crystals. But (best said in Carrie Bradshaw's voice): "I couldn't help but wonder: Among the pomp and circumstance of corporate-sponsored floats and scantily-clad distractions, have we lost the true meaning of Pride?"

For me, instead of feeling Pride, I experience a squall of anxiety sweeping over me. And it's not just because I'm bumping up against a sea of queers at the festivities. (If you're like me, crowds of any size are instant anxiety-inducers.) No, for me, Pride celebrations actually bring to surface the years of shame I've been working through since I came out 20 years ago; years I felt alone, isolated, and embarrassed for being someone I was told I couldn't be. This is not to fault the church, community, or home-life I was raised in. Growing up, I literally didn't know being gay was a possibility because it was never discussed. Ever. Not in my home, not in my neighborhood, and certainly never in school.

This, to me, is the crux of the problem: how can we feel a sense of connection when we're taught nothing about our history in the first place? Although LGBTQ2+ people have been a fundamental part of society throughout human history, our history is buried. I think this in turn made me feel lost when I began discovering aspects of myself I was too scared to navigate on my own. And that disconnect created a deep chasm in my life that prevented me from ever feeling a true sense of belonging with my peers, or with myself.

Without realizing it, I carried this feeling with me well into adulthood. It's easy to develop masks over time, masks that cover the shame, guilt, and loneliness with passable joy. Even as I spent a decade touring the world with Terrence McNally's play "Corpus Christi" playing a "gay Jesus," and I met a global community of like-minded queers longing for a sense of connection to faith and society as I did, the separation to self still prevailed. At the end of each performance, I released a guttural cry. Not just because the experience of the play impacted me so deeply, but because I knew I'd begun to feel that connection on stage and still couldn't feel it in my life.

During one of these performances, though, things began to shift. After each show we'd talk with people who shared deeply personal stories about their own ongoing journeys to self-acceptance. And one night, while in San Francisco, I shared a brief, but impactful, exchange with two individuals who identified as two-spirit. I was embarrassed to admit I'd never heard the term before, and had no idea what it even meant. They kindly explained in general terms that it's the LGBTQ+ equivalent for Native peoples, those still rooted in their heritage and culture, and how the history of their people honoring them as healers and mediators. It hit me in that moment how little I knew of my own history, but also how little I knew of my own community.

When you're suddenly aware, watch what appears in your life. Days later, a cast member brought me an episode of "This American Life" titled "81 Words." The narrator, Alix Spiegel, tells the story of her grandfather, Dr. John P. Spiegel, a president of the American Psychiatric Association who would help decide the fate of millions of humans: On December 15, 1973, the APA officially removed homosexuality as a mental illness from its catalogue of mental disorders, suddenly "curing" millions of queers. Spiegel's story is a profound, layered, and dramatic account of that time, and beautifully captures the many voices that impacted this integral moment in our history. One I did not know even existed.

Something clicked in me after listening to that episode: a visceral yearning to learn more. From that moment forward, I dove into our past to understand more fully where I came from; and I pushed myself out of my "cis white gay male" bubble to explore other facets of our community's prism, to really get to know others in our multi-layered family. After joining the GLBT Historical Society and exploring its archives: seeing handwritten love letters half-burned (for fear the lovers writing or reading them would get caught), pictorial scrapbooks of Halloween and New Year's Eve balls (the only time men could legally dress as women), magazines with anonymous ads warning readers where the cops were "picking up fags on the streets," and everything in-between, I realized my history as a queer human is just as important as any other part of society. And for the first time I felt the connection I'd always felt onstage and longed for in my life: a true sense of belonging.

History's slowly being re-written today. In EdSource.org, James Hilton Harrell writes, "In 2011, the passage of California's FAIR Education Act mandated that LGBTQ accomplishments be taught in our history and social studies classrooms."* Although a few states have followed suit, there's still a long way to go before full recognition of our community is not only documented, but part of the required curriculum, and many self-appointed guardians of morality are fighting back. One of the main factors debated in the FAIR Education Act was the likelihood of those who identified as LGBTQ+ doing self-harm as compared to their straight peers, and the direct connection to seeing themselves in history books as a preventive factor. "Representation matters," Harrell writes. "Seeing that there have been gay people throughout American history is an important first step to letting our current students know that they can and will achieve greatness, just as others have done before them."

I wish I'd had these lessons earlier in life. Maybe that seed of anxiety would've never been planted within me at such a young age. Maybe it would've prevented years of self-abuse and trauma. Either way, knowing some of our history now has innately changed me: it's rooted me in my day-to-day living, but maybe most importantly, myself.

I hope to instill that change in others through my writing. My young adult debut, "Ziggy, Stardust and Me," is inspired by that pioneering moment in 1973 and part of my own healing is infused in the journey of my main character, Jonathan, to self-acceptance. I'm still learning about our history and about all our people. I hope I never stop learning. That's the best part of being human: to not only expand our greatness, but to actually be part of creating a piece of lasting history. And in discovering more about my roots, I feel I've finally found myself: the real me connected to a lineage of queers since the beginning of time.

I think this is the truest meaning of Pride I've ever understood.

James Brandon's young adult novel, "Ziggy, Stardust and Me," debuts August 6 from Penguin Random House. Set in St. Louis circa 1973, when homosexuality is still treated as a mental illness, two boys defy all the odds and fall in love.

* "With California in the lead, LGBTQ history gets boost in school curriculum" by James Hilton Harrell; June 26, 2018; Edsource.org; https://bit.ly/2MrKyJL.