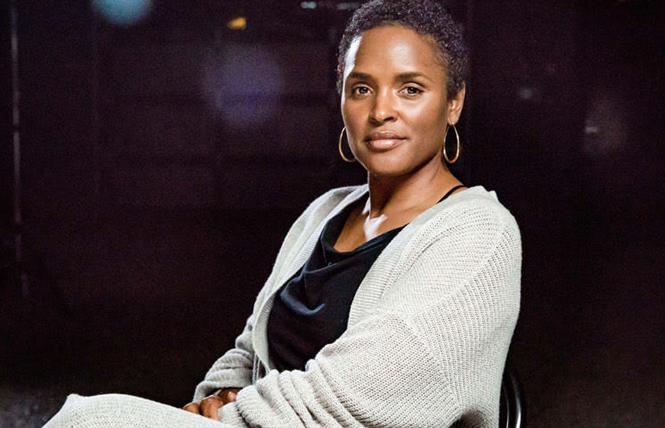 In December, allegations of harassment and abuse prompted the resignation of Eric Bauman, the first openly gay chair of the party. Many of us in the queer community supported him in his run. Many did not. This time we do not have a candidate from our community, but we have a clear champion.

Kimberly Ellis ran against Bauman and energized the progressive base of the party. Her narrow loss was heartbreaking for a large segment of newly activated Democrats. Luckily for us, she has thrown her hat in the race, again. She has a renewed fervor and a real plan to address a culture of the party that has long turned a blind eye to bullying and harassment. As an African American woman, her life experiences — fighting in a political world run by white men — places her among the most ardent of allies.

Ellis is the one candidate who speaks with authenticity to her own inspiring example of not backing down to bullying, racism, and sexism and stepping up to the imperative for better governance in our state party. Honest oversight and accountability are essential to creating modern and inclusive operations where all talented Democrats are welcome to step up, serve, and contribute as volunteers, donors, candidates, and voters.

Ellis formerly ran the incredible Emerge program, which has trained thousands of women, primarily of color, to run for office. During her tenure at Emerge she doubled the size of the program. She raised millions of dollars. And her graduates now serve in the state Assembly, city halls, school boards, and city councils. Walking the talk is an overused saying — she RUNS the talk.

It is meaningful to me how she embodies intersectionality. I am gay but also an immigrant. I crossed the border at 14 years old. Now I see cages for children who are separated from their families. It matters that we have the strongest leaders to stand up to President Donald Trump. We must have leaders who reflect and represent the entire breadth of our party and, indeed, our country. Elections are won and lost by who shows up and who stays home. Ellis will use her time, talent, and treasure to help Democrats defeat Trump in swing states. And she is the only candidate for chair who can actually do it.

I am a progressive Democrat and Ellis speaks to me and the grassroots members in our party who don't see a leadership structure that means anything to them. But her message is unifying to all Democrats as she says, "because we need a party that means more to everyday people." Just look at the news conference she had two weeks ago — she brought together Mayor London Breed, union activist Gabriel Haaland, Tom O'Connor of the firefighters union, Board of Equalization member Malia Cohen, and the California Nurses Association. I don't think a group of Democrats from such diverse shades of blue has ever been so united by one person.

As the Democrats descend on San Francisco we must be the community Harvey Milk fought and died for. We must unify around a leader who will represent us in the true sense of the word. We must show Democrats no matter their shade of blue that we have the right leader to give them hope. Ellis would be the first African American and only the third woman to ever lead the California Democratic Party. She has my vote; she has my support. She earned the endorsement of the San Francisco Democratic Central Committee, the Harvey Milk LGBTQ Democratic Club, and the Lambda Democratic Club of Contra Costa County.