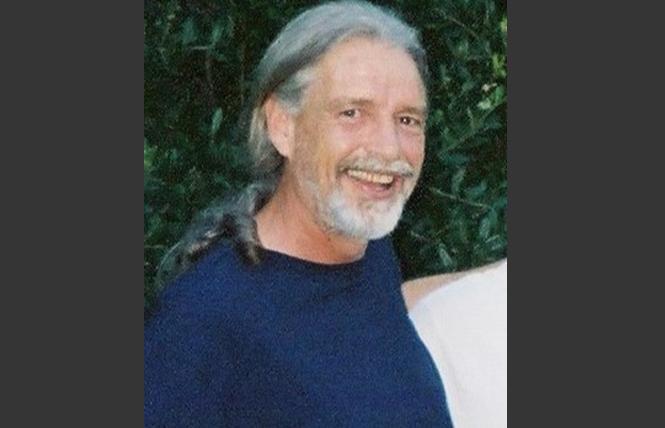 A newly released autopsy report on the death of a gay man, Brian Egg, whose decomposed torso was found in a fish tank in his South of Market home over the summer, reveals his cause of death was "unspecified homicidal violence with blunt force trauma."

Two of Egg's ribs and one of his vertebrae showed signs of "fresh bone breaks" and the injuries were consistent with being struck in the chest, the San Francisco Medical Examiner's report stated. The 65-year-old's remains were saturated in Drano. Several empty cans of the drain cleaner were found near the remains.

Egg's torso was in a fish tank measuring 18 inches wide, 28 inches high and 72 inches long, with a liquid level of 24 inches, four inches below the height of the tank, according to the report. A sawhorse covered the tank and, when lifted, "human remains surfaced to the top," the report stated.

The tank had been placed behind a door that had been blocked by a picture. A fan was also on the tank, blowing toward the door. Bleach, detergent, and "odor elimination" chemicals were found in the room.

The autopsy report was first reported by the San Francisco Chronicle.

The remains were clothed in a shirt, T-shirt, and jeans that contained $9 in paper money and 71 cents. Bone fragments had been found in a planter box in the backyard.

Egg's neighbors were critical of the police investigation because, despite raising suspicions over the summer, police never entered Egg's home until a crime scene cleanup crew showed up at the house last August. Police say Lance Silva, 40, hired the crew with Egg's debit card. Another man, Robert McCaffery, 52, met the crew at the home.

Police arrested both men on suspicion of murder and elder abuse but the San Francisco District Attorney's office opted not to file charges pending further investigation. McCaffrey was released but Silva was kept on a probation violation out of Alameda County until his release last month.