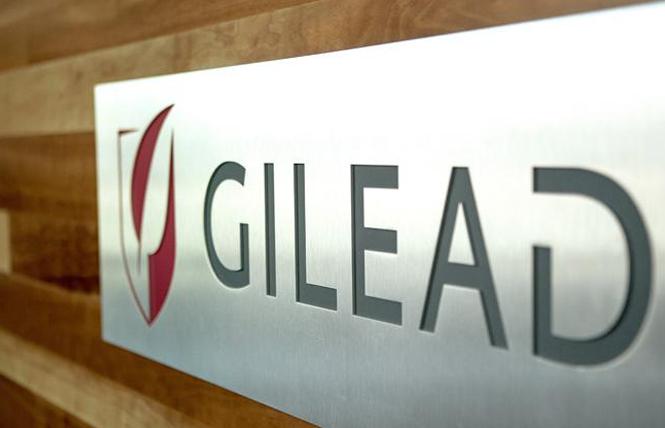 Gilead Sciences, the makers of Truvada, announced last week that it would provide up to 2.4 million free bottles of its PrEP HIV prevention medication through the Centers for Disease Control and Prevention "as a result of discussions between the Trump administration and Gilead." That's enough to supply 200,000 uninsured people with PrEP for up to 11 years. And while that may seen like a lot, it's estimated that there are 1 million Americans at risk for HIV infection, who — with and without insurance — could benefit from free or drastically cheaper Truvada, which costs about $20,000 a year.

Gilead should do more than donate a couple of million bottles, which would only address one-fifth of the need in the U.S. Annually, about 40,000 Americans are newly infected with HIV. Gilead should drastically lower the cost of Truvada for everyone who needs it. Lowering a major barrier between medication and the people at risk for infection will do more to stem the HIV/AIDS epidemic than anything else right now. Period.

Dr. Rochelle P. Walensky, who led a team at Massachusetts General Hospital that analyzed the cost of the Obama administration's AIDS plan against President Donald Trump's recently announced plan — which includes this wider access to PrEP — told the New York Times that the Gilead deal was "a noble effort — but it covers less than 20 percent of the people who need it."

"Let's call a spade a spade," she told the paper. "The real cost of Truvada is about $60 a year. If you really wanted to cover everybody, you'd cut the price to everyone."

Many HIV/AIDS activists have echoed those comments. Yes, Gilead has patient copay plans and the Foster City-based company said in its news release that "many government health care programs receive significant discounts on the company's products." Gilead also "established a price freeze for all of the company's HIV medications for state AIDS Drug Assistance Programs in 2008, which remains in effect through 2019. ADAPs also receive supplemental discounts."

But those programs cover only about 18% of people who need PrEP, and the newly announced donation to the CDC could double that number if it's reserved for patients who aren't enrolled in a financial aid program. But this detail is not guaranteed under the deal Trump is reported to have negotiated himself. In fact, Truvada was developed largely with taxpayer funds and the CDC holds the patent, and thus, could be owed back royalties from Gilead. Trump missed an opportunity to leverage this advantage for more favorable terms to increase availability of Truvada to meet the total need. Inexpensive generic alternatives to Truvada are available in other countries, but Gilead has worked to block them from the U.S.

Studies have consistently shown that when taken as prescribed, Truvada can be 99% effective. People who are HIV-positive but have an undetectable viral load are also less likely to transmit the virus to others. With robust prevention efforts like PrEP, and early treatment for those who seroconvert, the number of new HIV cases could plummet.

In fact, we editorialized on this topic last summer, when studies unveiled at the International AIDS Conference confirmed previous research that PrEP works extraordinarily well to prevent HIV. San Francisco and other cities have implemented Getting to Zero initiatives that aim to reduce HIV infections to near zero in a few years and access to PrEP is key to ensuring success.

Gilead needs to make Truvada available, or at least affordable, especially to those for whom studies show experience disparities to health care access: LGBT people of color and trans women.

Peter Staley, a founder of PrEP4All, a group pushing for wider access to Truvada, told the Times that Gilead's donation will cost it less than $10 million a year. That's pocket change for the pharmaceutical company that charges $1,600 for a month's supply in the U.S. that it costs $6 to manufacture.

There's more going on here, however. Gilead is waiting for the U.S. Food and Drug Administration to approve Descovy, the next generation Truvada. Mark S. King, an award-winning blogger at My Fabulous Disease, wrote: "Descovy reportedly does not cause the side effects that some Truvada patients have had. Gilead knew about the Truvada side effects years ago, but they waited all this time to introduce Descovy because they wanted to run out the clock on Truvada's patent, yes, even while knowing Truvada was causing side effects in some people along the way. This is just another chapter in the rich, sick history of Gilead's corporate profiteering."

Gilead's donation could yield a generous $1 billion tax break if its value is set by its list price rather than its manufacturing cost. Not bad for a donation that cost less than $10 million to make.

So, Gilead is offering to donate millions of its old drug Truvada all the while counting on those patients to switch to its new drug Descovy once it's approved. (It should be noted that Gilead's news release about its donation to the CDC stated that Truvada would transition to Descovy if the FDA approves it for PrEP.)

It's great when companies announce price cuts or donations. Unfortunately, most of the time they're not enough to make a dent in the problem. It would be better if Gilead could take a bigger leap and permanently reduce Truvada's cost (and Descovy's if it's approved). That bold action would help more people and would make a real, tangible difference in the fight to end HIV.