Guest Opinion: End may be near for 'alphabet soup' 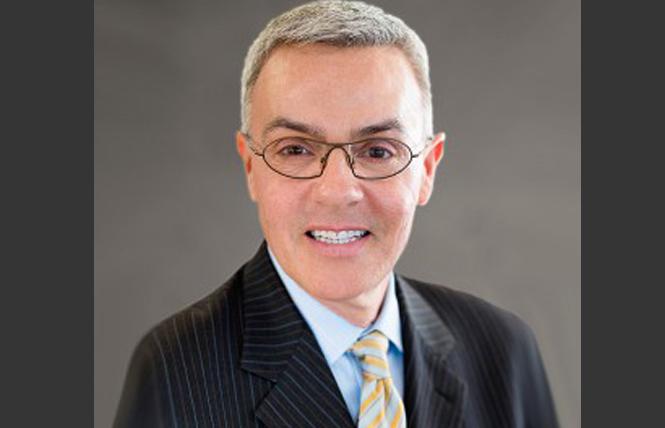 A spate of recent headlines must make one wonder if the "alphabet soup" movement that has led us to LGBTTIQQ2SA — lesbian, gay, bisexual, transsexual, transgender, intersex, queer, questioning, two spirit, and allies — has finally seen its day.

The New York Times ran an opinion piece about Pete Buttigieg titled "The First Gay President?," while numerous headlines heralded the historic mayoral elections of "lesbians" Satya Rhodes-Conway in Madison, Wisconsin and Lori Lightfoot in Chicago. The Guardian recently ran a piece about Colorado Governor Jared Polis titled, "What it's like being America's first openly gay governor?" One can't help but notice how LGBTQ has slipped from the headlines.

The whole move toward LGBTQ and its various add-on variations was well intended, but it's grown into a linguistic monster with ever growing heads, as I noted in an op-ed that touched on this topic just over a year ago (LINK: https://www.ebar.com/news/news//257519).

There was a time in our recent history when there truly seemed to be separate communities associated with each letter of these acronyms. We can also point to the time when this all seemed to change. It was at the height of the HIV/AIDS pandemic when women started caring for sick men, moving into elected office, and sharing the same community spaces with men for the first time.

We were forced to come together as community in order to survive and the very language that we used to describe each other followed right behind. Less than 30 years ago, our community was having fights over whether we should say "gay and lesbian" or "lesbian and gay." A few years later when bisexuals asked to be added, it created a veritable verbal brannigan, and adding "T" and "Q" led to more tumultuous tussles over our community acronym.

Our goal was to show an inclusiveness that valued each of us equally. It was a noble ideal, but as identitarian politics raged in the online digital era, we landed at a point when the ever-growing acronym became semantically unsustainable. In our current online "call out" culture, one can be skewered in 280 characters, or less, and have their reputation damaged for unwittingly using the wrong term or pronoun to describe someone, or to omit a letter (or number) from LGBTTIQQ2SA.

Author and gay "radical incrementalist" Jonathan Rausch recently argued in the Atlantic that this alphabet soup has become a symbol for the "... excesses of identity politics — excesses that have helped empower the likes of Donald Trump." He cites research that shows that the backlash against identity politics drove numerous non-bigoted voters toward the president's version of a national identity.

There is a strong linguistic, cultural, and political case for us to land on a single LGBTQ community identity and identifier. When Lightfoot is sworn in as mayor May 20, she will represent 2.7 million people, Polis represents 5.7 million people, and California's Insurance Commissioner Ricardo Lara represents almost 40 million people. If the once unthinkable happens and Buttigieg is elected president, he would serve 327 million people. He wouldn't be a "gay president" or an "LGBTQ president," but a president of all the people.

Rausch suggests that perhaps we should settle on the term "Q" to encompass all sexual minorities (i.e., Q community, Q equality). With the growing visibility and success of our community, it's an important discussion for us to have at this critical point in our history.

Watching the newspapers, one wonders if the headline writers will do the work for us.