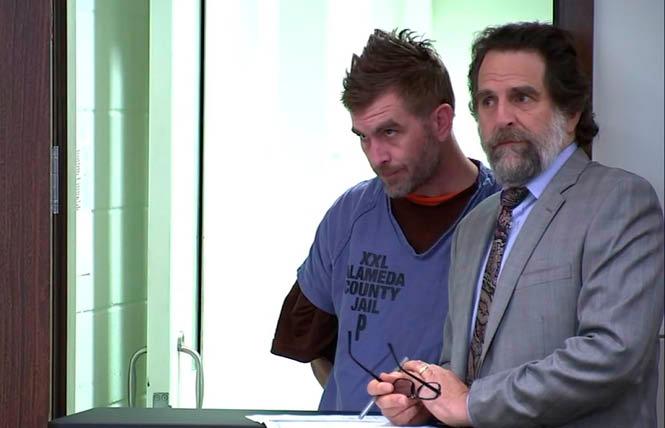 Neighbors, family, and a San Francisco supervisor are expressing anger, shock, and concern over the release of a man who had been arrested in connection with the death of Brian Egg, 65, a gay man whose decomposed torso was found in a fish tank in his South of Market home last summer.

Silva, 40, was being held on an Alameda County parole violation at Santa Rita Jail in Dublin. San Francisco police initially arrested Silva and another man for suspicion of Egg's homicide, but the district attorney's office declined to file charges, pending further investigation.

"This is a travesty. What a shocking development," Egg's longtime friend and neighbor, Scot Free, told the B.A.R. "The one-year anniversary is looming but still no real developments. Looks like justice won't be served in this case. Disgusting"

Free and Egg's relatives learned of Silva's release from the B.A.R.

Egg's older brother, Devon Egg, 69, told the B.A.R. that his family was given no advance notice that the onetime prime suspect in the case would be freed.

"I am very angry about this," the brother said. "I got no notice about this."

The brother said he was taking solace in his Christian faith, that he forgave Silva and that he believed justice would be done.

"I have confidence that this is going to come to fruition and that Lance Silva is not going to get away with what he has done," he said.

After the B.A.R. broke the news about Silva's release last week, San Francisco District 6 Supervisor Matt Haney posted a link to the paper's story on Facebook writing, "This is really shocking. A couple guys were found in Brian Egg's house, after hiring a cleaning crew, and using his credit cards. After a couple checks on the house, they found his mutilated body in a fish tank. And yet now there is apparently no suspect in his death, no further information, and his family finds out through the media that the one suspect has been released. This is awful."

Free used the neighborhood social media site Nextdoor to help first raise awareness of Egg's disappearance with a post last August 2. Neighbors have added their concerns over the handling of the case since then. Last week, neighbor Christopher Cobo posted, "Let's keep this post constantly bumped until we get an answer. This could happen to any of us if criminals are no longer afraid of punishment by the law. There should be a full audit on this case to see where the ball was dropped if people are walking free and a person remains missing."

Another concerned neighbor posted, "SFPD absolutely has to explain why Silva was squatting in Brian's house; using his debit card; and tampering with a crime scene yet has not been charged with any connected crime?! There is clearly something seriously wrong here."

Neighbors said that Silva had been living in the home during the time Egg was missing. Devon Egg told the B.A.R. that he called his brother in late June or early July and an answering machine picked up. He was suspicious because his brother never used an answering machine and the recorded greeting was not his brother's voice. The voice asked callers to leave a message. He called again later and someone answered the phone who identified himself as Nate. He said Egg was out walking his dog and that he would have him call right back. No one called back. 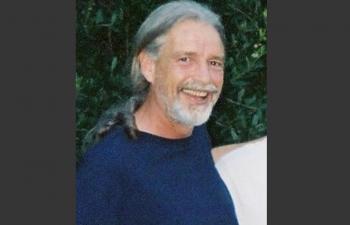 San Francisco police initially arrested Silva and McCaffrey for suspicion of Egg's homicide as well as for fraud, theft, identity theft, and elder abuse, but the district attorney's office declined to file charges, pending further investigation. Silva had previously been convicted in 2015 for stealing money from the retirement accounts of employees who worked for an upholstery company he once owned in Emeryville.

San Francisco police did not respond to the B.A.R.'s requests for comment. According to jail records, Silva was freed as of April 24. The reason listed for his release was "sentence served."

"I am not in a position to condemn the police," the brother said. "I don't know if I could do a better job than the police did. There were a lot of mistakes, all along the way. If I can forgive Lance Silva, I got to be able to forgive the SF Police Department. We all make mistakes."

Egg had been a fixture in the neighborhood along with his dog, Lucky. The dog was eventually adopted. A neighbor posted on Nextdoor last week that she had spotted the dog with its new owner in Union Square recently and "seemed to be awesome."