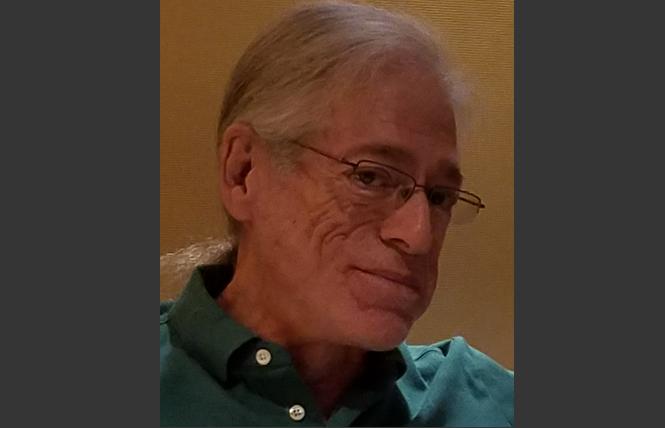 November 9, 1955 — April 13, 2019
Allan was born on Long Island, New York. He attended Hebrew school and had his bar mitzvah at 13; as an adult he identified as a secular Jew and Buddhist. He always found great solace in nature and meditation.

He was very proud of his high school work in media and referred to those years as "transformative and life-defining." He studied at Syracuse University in New York between 1973 and 1976, where he was a member of Theta Chi fraternity. He moved to San Francisco and studied film for a year at the San Francisco Art Institute, then transferred to San Francisco State University, where he completed his bachelor's degree. In 1983, he earned his master's in education, interdisciplinary studies, and training systems and development at SFSU.

Allan worked for Dean Witter Reynolds and Merrill Lynch; and later as a legal secretary. He was also a freelance photographer and was published in several magazines; photography always gave him great joy. His last position was in-patient relations for UCSF Medical Center; it was his favorite and most meaningful job.

Allan's working career was cut short by HIV/AIDS, and he retired on disability in 1996. He lived with this illness for 40 years and was one of the longest-term survivors of the epidemic. Over those decades he fought and overcame more than 30 opportunistic illnesses, repeatedly returning from near-death with the aid of new medications and treatments. His spirit always returned to being positive, his outlook hopeful, spiritual, and loving, despite being predeceased by almost all his contemporaries. Allan always said: "life is about the journey, not the destination." He filled his journey with as much love, joy, and peace as possible.

To that end, he always enjoyed traveling and exploring other cultures. His favorite destinations included New Zealand, where he hiked the Milford Trek, a Mediterranean cruise, visits to family, and multiple trips to Hawaii, which he always considered a spiritual home.

Despite his physical limitations, Allan remained active to the degree he could. He was both a group member and a facilitator at the UCSF AIDS Health Project for many years. He participated in several medical studies over the years, hoping his misfortune could assist in healing others; he was also involved in many alternative healing groups, always exploring perspectives and approaches from other cultures. He attended the Washington, D.C. showings of the AIDS Memorial quilt. His lifelong interest in film and its power to transform lives led him to be a stalwart benefactor of Frameline, the San Francisco LGBT Film Festival, which he attended faithfully for many years.

Over the decades, his physical strength and stamina slowly but inexorably diminished, and in his last decade he spent much of his time homebound. Despite his relative isolation, he enjoyed hearing about the local outside world and was always buoyed by the love of friends and family, even though he could rarely see them.

His latest health challenge was oral cancer, which he fought for over three years. He underwent eight surgeries and seven weeks of radiation. In the end, the physical exhaustion, side effects, and damage caused by the radiation were simply too much for his exhausted body to overcome. He died the way he always said he wanted: quickly, at home, without more suffering, and in the arms of his devoted husband.

Allan is survived by his husband and partner of 30-plus years, Cal James Domingue; his siblings Lea, and Carl and his wife, Carol; his nephews and niece, Nathan, Aaron and his wife, Erica, and Alison and her husband Andrew; his grand-nieces and grand-nephew Olivia, Adison, and Miles; his step-brother David and his wife Karen, and step-sister Leslie and her husband James and son John; by his loving in-laws Bea, Dave and Kevin Domingue; and by the third member of his polyamorous family, Bill Beiersdorfer.

Allan wished to be cremated; a memorial in his honor and to inurn his remains will be held at the San Francisco Columbarium and Funeral Home Monday, August 5, at 11 a.m. Should anyone wish to make a donation in his name, one of Allan's favorite charities was The Nature Conservancy.

[Editor's note: This appeared in the May 2, 2019 print edition of the Bay Area Reporter as a paid obituary.]