Guest Opinion: Intersex bill would harm those it aims to protect 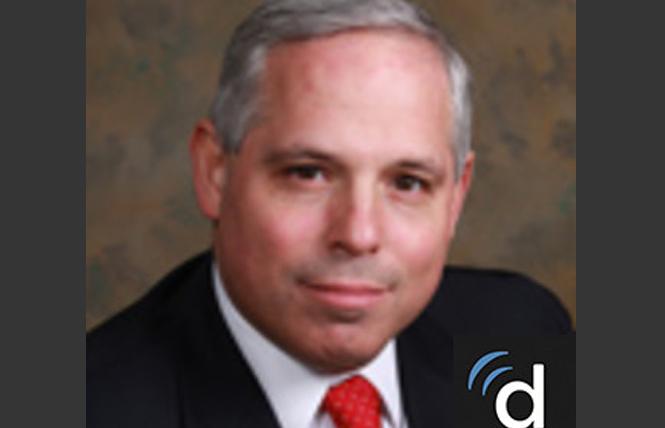 Historically, California has been one of the vanguards of social progress. On the front lines of innovation, and one of the fiercest defenders of technology, science, and medicine, California is a place where its residents can be sure that the government is actively protecting basic liberties. Last month, a bill was submitted in the California Legislature that proposes the prohibition of doctors from performing certain surgeries on children born with intersex conditions. "Intersex" is an umbrella term used to describe a wide variety of conditions in which an individual's genitalia does not match standard definitions of male or female. This may include variations such as genital ambiguity, hormonal issues, deviations in sexual phenotype, or aberrations in chromosomal genotype. For some of these young patients, their physiology is medically healthy, despite differences from the norm. For others, there may be serious medical complications necessitating surgery. The privilege of having all viable options and potential solutions on the table is something that families cannot afford to lose while making the most consequential health decisions of their lives.

The authors of Senate Bill 201 seek to eliminate that privilege. Disguised as legislation that protects patient choice, this bill does the literal opposite and would have severely deleterious effects on the intersex community. Affected families of these infant patients must be allowed all viable options when considering treatment plans, shirking families of the basic liberties that California is known for protecting. This legislation, put mildly, eliminates that choice.

The first issue that needs to be addressed regarding this legislation is its gross simplification of intersexuality. What the bill labels as intersex actually encompasses approximately 30 different conditions, each distinctly unique, and each requiring its own specific treatment and set of considerations. The overwhelming majority of patients who label themselves as intersex do not in any way question their gender. This is one of the most critical facts this legislation fails to recognize. To speak of this broad spectrum of people as if they are some a monolithic group stuck between genders, all with identical interests, is not only a great disservice to the diversity and pluralism of the broadly intersex community but is unethical in principle.

Consider the case of patients with congenital adrenal hyperplasia (CAH), a potentially life-threatening endocrine disorder that is also the most commonly diagnosed cause of atypical genitalia. CAH affects the adrenal glands, inhibiting the body's ability to regulate blood pressure, blood sugar, and respond to infections. However, CAH also affects genital development. Many females with CAH are born with externally fused vaginal canals, requiring surgical reconstruction in order to allow for proper menstruation. Failure to do so could result in severe illness as built up blood lacks an avenue for voiding, as well as precluding the possibility of reproduction. Most girls with CAH undergo feminizing genitoplasty procedures to ensure healthy functionality. There have been cases where some have waited, but such patients have overwhelmingly indicated that they wish they had undergone the procedure when they were infants. In fact, nearly 90 percent of CAH patients believe that the procedure should be done within the first year of life.

The proposed legislation would expressly prohibit such procedures.

Such political activism speaks to an agenda designed to interfere with a parent's right, and legal obligation, to make medical decisions on behalf of their child. An issue that should so clearly be considered medical and a private decision has become politically polarized to the point where legislators with no medical background in the field, lacking true knowledge of the issue, have advanced spurious legislation under the pretense of protecting a vulnerable minority without considering the real-life experiences and concerns of those who would be impacted by the legislation. A vocal minority of activists has convinced well-meaning individuals and politically sensitive legislators to support this bill based on its political merits while ignoring the voices of those they purport to protect.

The bill constitutes an aggressive abrogation of parental rights. It is egregious for such an important decision to be appropriated by government officials and politicians away from parents. Barring medically necessary emergencies, such decisions rightly fall under parental purview. Monolithic legal injunctions are wholly inappropriate, given that the complexity of the issue necessitates each case being considered individually, with cultural and familial considerations being given their due weight.

Perhaps most alarming has been the impetus behind the legislation. It has not been informed by medical best-practices, current scientific literature, expert opinion, or a wide swath of patient opinion. It has been primarily driven by an extremely vocal, highly politically charged movement. For many patients, it has been frustrating and even heartbreaking for them to see their conditions co-opted by a political movement that does not represent their best interests.

Pediatric urologists, the doctors whose responsibility is to care for these children, are not pro-surgery any more than they are anti-surgery. What they do advocate is for parental and patient education, usage of evidence-based literature, family-centered care, a multidisciplinary approach, and an individualized focus informed by the child's input and unique situation. Unfortunately, this bill, SB 201, denies a parent's right to make informed decisions for their children, potentially subjects children to adverse health consequences, limits access to medical options, and undermines the relationship between doctors and patients.

This legislation is anti-choice, anti-parental rights, anti-science, and anti-patient. There is absolutely nothing righteous or just about what this legislation seeks to accomplish. No doubt, many support this legislation out of a misguided belief that it is in the best interests of intersex patients. As a practicing pediatric urologist with decades of experience guiding patients and their families through the most challenging times of their lives, this legislation is unequivocally not in the best interests of anyone except the political actors pushing it. If we allow our conceit to get the best of us, we will have to reckon with the real harm this bill will ultimately inflict on patients and children.

Visit https://bit.ly/2VSmmF6 to read the Societies of Pediatric Urology official statement regarding the proposed legislation.