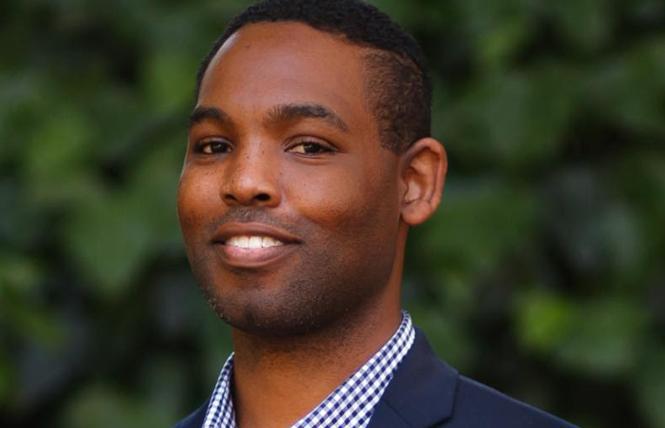 In a move that has raised questions about the future of its counseling services, as well as the tenure of its executive director, an LGBT community center in Contra Costa County laid off the majority of its behavioral health and clinical staff last week.

The Rainbow Community Center in Concord abruptly let go the counseling programs' clinical director, case management program director, and lead case manager and patient care coordinator, as well as a clinician who was seeing clients, Friday, February 22. They were given 10 minutes to gather their belongings before being escorted out of the building, a number of people associated with the center told the Bay Area Reporter.

Their sudden departure left them little time to contact their patients to inform them that their counselors would no longer be able to see them. Several sources noted to the B.A.R. that the counselors' inability to properly terminate their cases violates the profession's ethical code.

It could also further traumatize the center's LGBT clients, many of whom were already dealing with trauma, suicidal ideation, and abandonment issues due to being rejected by their families because of their sexual orientation and gender identity, said retired registered nurse Vance Drouillard, one of the staffers let go. In addition to overseeing case management at the center, he was also an HIV health educator and ran the center's HIV testing program and HIV outreach, according to his staff bio.

"They fired us and escorted us out with no regard to the clients. They simply didn't let us cancel appointments or anything," said Drouillard, a gay man who had worked for the center in various capacities for six years.

The center also let go its food pantry program manager last week, according to sources. The layoffs come as the center prepares to host its annual crab feed, a major fundraiser for it, this Saturday.

As of Wednesday morning the center had yet to officially announce the staff layoffs or update its staff list on its website. Its most recent posts to its Facebook page included links to stories about LGBT movies and new hours for its thrift store.

The staff tumult has led to rumors of the imminent departure of the center's executive director, Kevin McAllister, who was hired last June. He replaced the interim executive director who had been brought on following the December 2017 retirement of executive director Ben-David Barr, Ph.D., who left due to health reasons after 10 years of leading the agency.

McAllister and Ken Carlson, president of the center's board and a Pleasant Hill city councilman, did not respond to the B.A.R.'s requests for comment Tuesday. Reached Tuesday evening at the center, McAllister declined to answer detailed questions about the staff layoffs and the future of the counseling program, saying he was working with the board on a statement the center would soon release.

"I would suggest you speak to the board president to get additional information," he said.

Asked if he planned to resign his job come March, McAllister said, "None of that is confirmed yet." Pressed on if he would step down March 1, as has been rumored, McAllister told the B.A.R., "No, I do not plan to resign" that day and that he would be at the center next week.

"I will still be here Monday, yes," he said.

Food pantry
As for the center's Kind Hearts Food Pantry, McAllister told the B.A.R. there would be no disruption in the distribution of food to clients. Low-income individuals who qualify for food assistance can access the program Thursdays from 10 a.m. to 1 p.m. at the center.

"The food pantry will be operating" Thursday as usual, said McAllister.

According to sources, center staff had raised complaints about McAllister's leadership and communication skills in recent months with the board. In recent weeks the counseling staff had met with the center's leadership to discuss the matter and had not been told their jobs were in jeopardy.

Then, last Friday, the counseling staffers were told that the center had decided to restructure and that their positions were being eliminated, according to sources.

"What they are saying is they are reorganizing, so how would you really fight that," said Drouillard. "It became such a hostile workplace. No one is happy or comfortable there. Even if they hired me back, I wouldn't go back."

Jonathan Cook, the center's former director of development and communications who left in November to run the Solano Pride Center as its executive director, told the B.A.R. he was saddened to hear about his former colleagues.

"It is disappointing to hear that the majority of direct service staff at Rainbow were laid off last week. My former colleagues were passionate about their work, providing critical services for Contra Costa's LGBTQ community through counseling and case management services, as well as support for people living with HIV," said Cook. "My hope is that Rainbow will continue to offer these services so that already vulnerable populations do not suffer."