Gascón to wipe out thousands of pot convictions 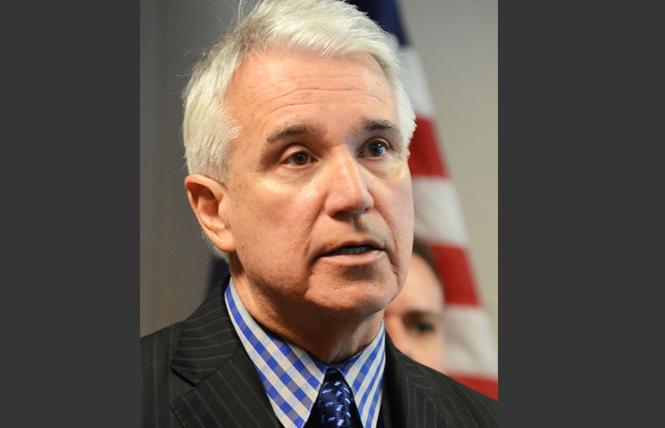 San Francisco District Attorney George Gascón announced Monday that his office will wipe out more than 9,000 marijuana convictions dating to the mid-1970s as part of a program to retroactively apply Proposition 64, which legalized adult use of the drug.

Last year, Gascón teamed up with Code for America to develop the program.

At a February 25 news conference at 850 Bryant Street, Gascón announced that his office had successfully completed a review of all marijuana convictions, dating back to 1975, that were eligible for dismissal and reduction. The project was completed five months ahead of schedule, he said.

Gascón said San Francisco thus becomes the first county in the state to clear and reduce all eligible cannabis convictions under Prop 64, which legalized the possession and recreational use of marijuana for adults ages 21 years or older. It also allows convictions to be expunged.

According to a statement from Gascón's office, Code for America used "the principles and practices of the digital age to improve government services — to reimagine the record clearance process and leverage technology to proactively review criminal convictions that qualify for relief" under Prop 64.

Jennifer Pahlka, Code for America founder and executive director, said the nonprofit used "Clear My Record" technology, which is a computer-based algorithm, to identify eligible cases.

The program is now preparing to expand statewide, according to Code for America, which will form a pilot cohort of California counties also looking to automate their review and dismissal process for marijuana convictions.

The announcement drew praise from Erich Pearson, a gay man who is founder and CEO of SPARC cannabis dispensary. In an email to the Bay Area Reporter, Pearson wrote that "District Attorney Gascón and those in his office should be commended for their proactive approach to righting the wrongs of the drug war."

"As we begin to approach drug use as a conversation of health and not crime, it's important that we look back and fix the damage we've caused, especially to communities of color, who have been — and still are — disproportionately affected by this war," he added.