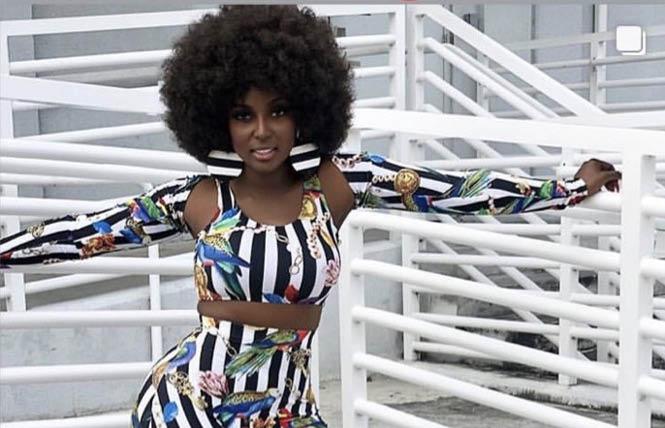 Musician and television personality Amara La Negra has been announced as the first entertainer who will headline this year's San Francisco LGBT Pride celebration.

According to a news release from the San Francisco LGBT Pride Celebration Committee, La Negra will appear on multiple stages at the 49th annual Pride celebration.

La Negra, 28, is a star of Miami Afro-Latin culture. She is an international entertainer and performs a variety of musical genres, particularly rhythms hailing from the Caribbean. She's a break-out star of "Love and Hip Hop: Miami." She also appeared in the film "Fall Girls," which premiered on BET in January.

"We are thrilled to welcome Amara La Negra to our Pride celebration," George F. Ridgely Jr., SF Pride executive director, said in the release. "Her talent is undeniable, and her messages of self-confidence and determination resonate with many in our communities."

La Negra, an ally to the LGBT community, will release her new EP, "Unstoppable," this month. She describes it as a Spanglish presentation of her growth as a musical artist.

In the release, she commented, "I'm just so happy because I've worked so hard for a moment like this." She was referencing her EP's release and her other projects.

She will appear on SF Pride's Don Julio Latin stage, in addition to the main stage, on Sunday, June 30.

SF Pride officials said that more performers, as well as special guests and celebrity grand marshals, will be announced as the event approaches. The main stage is accepting submissions of interest to perform until March 15. For more information, visit www.sfpride.org/main-stage.

Pride weekend is June 29-30. This year's theme is "Generations of Resistance."