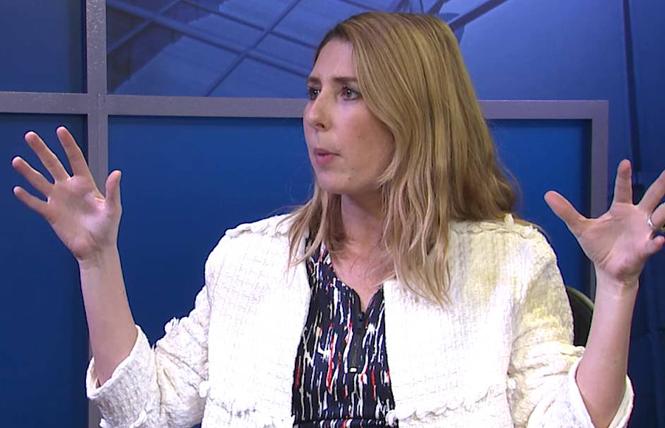 The federal government has thrown up another roadblock to supervised injection sites, filing a lawsuit against Philadelphia's Safehouse, which had hoped to open the first such facility in the United States.

On February 6, the U.S. attorney for the Eastern District of Pennsylvania announced a civil action for "declaratory relief," intended to prevent Safehouse from opening its planned site. This is the first federal attempt to legally thwart the implementation of a safe injection site, according to the Drug Policy Alliance.

"The federal government should not attempt to obstruct the ability of a city or state to effectively address the deaths in their own backyard," DPA director of public health law and policy Lindsay LaSalle said in a statement.

Supervised injection facilities allow people to use drugs under the watch of medical staff, reducing the risk of overdose deaths. They provide sterile needles, which prevents transmission of HIV and hepatitis B and C, and offer clients an entry point for seeking medical care and addiction treatment. Indoor sites also reduce street-based drug use and improper syringe disposal.

There are currently around 120 safe injection sites worldwide. Philadelphia and San Francisco are among several cities vying to open the first U.S. site.

Safehouse was established as a nonprofit last year to open a safe injection facility with private funding, in an effort to reduce Philadelphia's high rate of overdose deaths. Former Philadelphia mayor and Pennsylvania governor Ed Rendell is a member of the board. Philadelphia District Attorney Larry Krasner has said he would not prosecute a responsibly run harm reduction program. The site was slated to open as early as this spring.

The federal lawsuit contends that supervised injection facilities violate the Controlled Substances Act, in particular a "crack house" provision that makes it a crime to operate a site where illegal drugs are produced or consumed.

"For purposes of this action, it does not matter that Safehouse claims good intentions in fighting the opioid epidemic," the complaint reads. "What matters is that Congress has already determined that Safehouse's conduct is prohibited by federal law, without any relevant exception."

Safehouse supporters argue that the law was not intended to apply to public health efforts.

"Safehouse believes that supervised consumption sites are legal and save lives," the organization states on its website. "We welcome the opportunity to present to the court the credible evidence and research that has informed our belief."

Safehouse did not respond to a request for comment from the Bay Area Reporter.

San Francisco stalled
In San Francisco, Mayor London Breed and other city officials support supervised injection facilities, but the effort stalled after outgoing Governor Jerry Brown vetoed a bill that would have allowed a local site on a pilot basis. Gay state Senator Scott Wiener (D-San Francisco) and lesbian Assemblywoman Susan Talamantes Eggman (D-Stockton) reintroduced the legislation this month, and newly elected Governor Gavin Newsom has said he is open to the idea.

"Less than 12 hours after Trump promised in his State of the Union [address] to 'defeat AIDS,' his Department of Justice filed a lawsuit to block implementation of a safe injection site in Philadelphia," Wiener said in a statement responding to the federal move. "Safe injection sites are a proven HIV prevention strategy, in addition to reducing overdose deaths and helping people into recovery services. The president is a hypocrite, and his words mean nothing. We are fully committed to legalizing safe injection sites in California and piloting them in San Francisco."

The Philadelphia lawsuit takes a first step toward carrying out a threat U.S. Deputy Attorney General Rod Rosenstein made in an opinion piece in the New York Times last August.

"It is a federal felony to maintain any location for the purpose of facilitating illicit drug use," he wrote. "Because federal law clearly prohibits injection sites, cities and counties should expect the Department of Justice to meet the opening of any injection site with swift and aggressive action."

"The federal government initially attempted to interfere with state and local syringe exchange and medical cannabis programs, but hindsight has proved they were on the wrong side of science and history. And they will be here as well," said LaSalle.