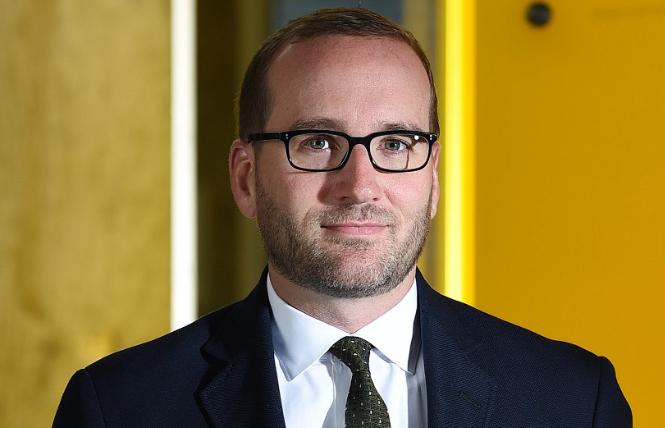 Human Rights Campaign President Chad Griffin has announced he's departing the agency this year; the board should look to a trans person or person of color to replace him. Photo: Courtesy HRC

Leadership changes are coming to LGBTQ nonprofits. That means that board members of these organizations, which often look to executive search firms to fill the top positions, need to be more proactive in soliciting potential executive directors (or CEOs or presidents, as title creep has permeated the upper echelons of many nonprofits) who are women, transgender, people of color, or a combination of those. The LGBTQ community, especially since the election of President Donald Trump, has worked to strengthen relationships with other minorities, even among our own ranks, but one issue that remains stubbornly elusive is diversifying top leadership of organizations that work in, and for, the community.

There has been progress, to be sure. Just last week we reported that Aria Sa'id, a black trans woman, has been named the new executive director of the Compton's Transgender Cultural District. She replaced Honey Mahogany, also a black trans woman, who left to go work for new District 6 Supervisor Matt Haney.

But at the national level, progress has not been so clear. Right now, the Human Rights Campaign is searching for a new leader after President Chad Griffin announced last November that he was stepping down this year. HRC, as many readers will recall, has had a complicated relationship with the trans community that was torn open in 2007 when the nation's largest LGBT rights group decided that trans people need not be part of the Employment Non-Discrimination Act because it would be too heavy a lift to get Congress to approve it. (That was before Griffin's tenure.) Well, ENDA never did pass — it's been rebranded as the Equality Act — and HRC leaders learned a valuable lesson: you don't leave out a key constituency for political expediency.

To his credit, Griffin has brought in trans people for important posts, and we think it would be a step forward if HRC hires a trans person or LGB person of color to be its next leader. Trans issues are at the forefront of the LGBTQ movement right now. The U.S. Supreme Court last month granted the Trump administration's request to temporarily vacate two national injunctions that have prevented a ban on transgender people in the military from going into effect, meaning that it's likely a matter of time until a third injunction is lifted, allowing the administration to start the ban. Racism continues to rear its ugly head, whether it's politicians who have acknowledged wearing blackface when they were younger or working to curtail voting rights. The president himself is a racist. The LGBTQ community also must address issues of race and class.

The National Center for Lesbian Rights, which is based in San Francisco, is also searching for a permanent leader following longtime executive director Kate Kendell's departure at the end of 2018. Its board, too, should consider a person of color or trans person as its next leader. Shannon Minter, a trans man, has ably served as the agency's legal director for decades, and NCLR has long been at the forefront of advocating for the entire LGBT community. Kendell's progressive values instilled in NCLR a commitment to justice, and that's something the board should strive to maintain with her successor.

One obstacle to diversifying top leadership ranks at LGBTQ organizations is that there isn't a large pool of qualified applicants. This is a result of systemic problems related to trans people being able to get the kinds of jobs that provide necessary leadership experience, such as fundraising, program development, and resource management. Only by increasing the talent at lower leadership ranks will organizations be able to have a pool of qualified applicants. We see hope on the horizon, however, with the next generation of LGBTQ leaders who are in college now or working at nonprofits.

Still, the time has come for someone other than a gay white man to lead HRC, which has had women leaders before. And we think larger and smaller LGBTQ nonprofits should examine ways to increase diversity both with their staff and boards. Executive search firms should be given clear guidance on diversity by the boards they are hired by. These organizations should adopt something akin to the NFL's Rooney Rule, which states that when there is a head coaching vacancy, teams have to interview at least one or more diverse candidates. That doesn't mean they always hire a person of color, but they at least have to interview one.

Only by taking proactive action can the leadership ranks of our organizations begin to change and better reflect the entirety of our community. As more people come out at younger ages, this opens the door to their choosing professions that aid LGBTQs and society as a whole.