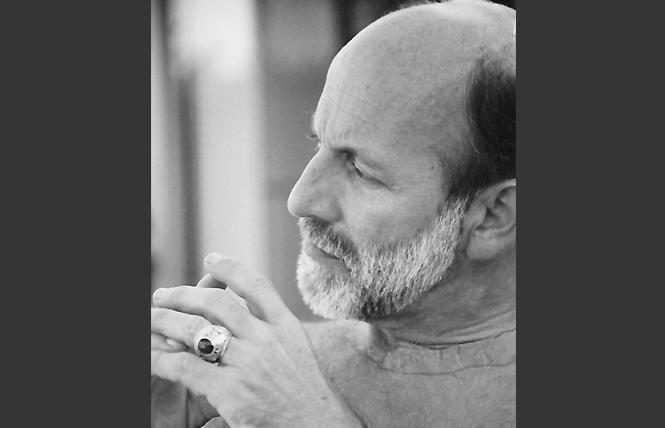 January 8, 1943 — December 11, 2018
Donald Lewis Stover was born January 8, 1943 in Staunton, Virginia. He passed on with great hope Tuesday, December 11, 2018 in Tacoma, Washington. Don attended Virginia Polytechnic Institute, College of Architecture in Blacksburg, Virginia and graduated from Saint Mary's University in San Antonio, Texas while serving his country for four years at Lackland Air Force Base as an aeromedical technician.

He was the recipient of the coveted H.F. DuPont Winterthur Museum Research Fellowship Program for two years in Wilmington, Delaware and upon completion moved to San Francisco to become a curator at the Fine Arts Museums of San Francisco. His career encompassed working with the "King Tut" exhibit, curator-in-charge of the Legion of Honor's "American Sculpture" exhibit, as well as curator-in-charge of the "Art of Louis Comfort Tiffany" exhibit at the M.H. de Young Memorial Museum in 1981. His skill was in great demand, including being invited as an adviser to St. Petersburg, Russia for major palace preservation there. Don finished his museum career as curator of early American furnishings at the de Young Museum. He moved three years ago to the Northwest to join his family.

Prior to San Francisco and Winterthur, Don also served as curator of furniture at the Witte Memorial Museum in San Antonio. He authored over half a dozen books in his field, as well as accomplishing extensive work in research and cataloguing for exhibits.

Don is survived by his only sibling, Carolyn Stover Modarelli-Adams, and her husband, Nick Adams of Tacoma, Washington; six nieces and nephews and their spouses; as well as 16 great-nieces and great-nephews; and four cousins residing in Virginia.

He was dearly loved and will be missed deeply by his family, as well as by his good neighbors, his friends in San Francisco and Staunton, and his many friends at Christ Church, Tacoma — for his great creativity, intelligence, wit, and kindness. He was a true and noble gentleman.

Services are scheduled for Saturday, January 26, at 11 a.m. at Christ Episcopal Church, 310 North K Street, Tacoma, Washington 98403. Throughout his life Don sought ways to serve the poor in his community. In lieu of flowers, it would please him most that donations be made to organizations working to serve those most in need of food, housing, and mental health services.