LGBT rights buoyed by highs and lows in 2018 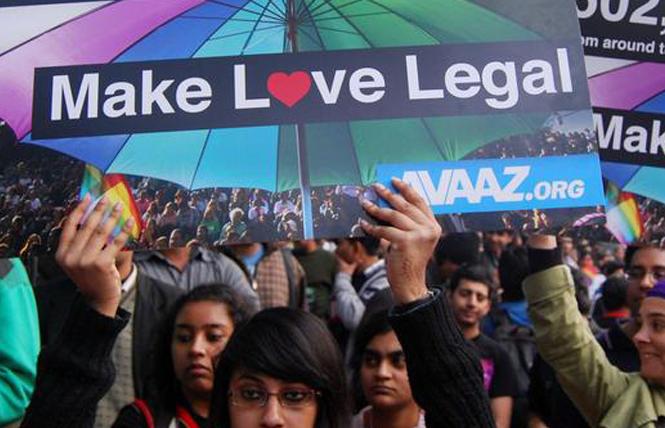 Demonstrators wait outside of India's Supreme Court in Bangalore September 6 for the judges' decision on Section 377, the penal code that criminalized homosexuality in India. Photo: Courtesy IANS

In a year that celebrated the United Nation's 70th anniversary of the Universal Declaration of Human Rights and the five-year anniversary of its Free and Equal Project, human rights, particularly LGBT rights, were profoundly under attack in 2018, according to leading human rights organizations.

Last year kicked off with an order from the Inter-American Court of Human Rights that Latin American and Caribbean member states legalize same-sex marriage or institute protections for same-sex relationships.

The order came out of the court seated in Costa Rica's capital city of San Jose.

In November, the country's constitutional court formalized the order, officially paving the way for same-sex marriage to become legal in Costa Rica.

The rulings will make Costa Rica the first Central American country to legalize same-sex marriage. Weddings are set to being in May 2020.

Brazil wasn't able to defeat the conservatives in its presidential election. Voters elected right-wing candidate Jair Bolsonaro, sending the country's LGBT community into uncertainty regarding the stability of its legal protections.

India gave the world another major win this year when its Supreme Court struck down the British colonial era anti-sodomy law Section 377 from the country's penal code.

It was a major feat, coming from the same court that reversed the Delhi High Court's 2009 striking down of Section 377 in 2013.

India's bold move inspired countries from Africa to Asia that were formerly under British rule to push to strike down their governments' own anti-sodomy laws used to criminalize homosexuality.

Taiwan was well on its way to that goal, but the LGBT community suffered a major setback in November, when voters rejected same-sex marriage in a referendum.

It will now likely need to be approved by the incoming parliament after a general election in February, according to the Guardian.

If passed, Thailand would become the first Asian country to legally recognize same-sex couples, though it is not marriage. (Same-sex weddings are allowed in Vietnam, but they are not legally recognized, reported Reuters.)

Thai military government officials listened to LGBT and supporters' critical feedback during the hearings and the bill now includes more rights. If passed, same-sex Thai couples would have the right to make medical decisions and hold a funeral for their "incapacitated or deceased spouse," which wasn't in the previous version of the bill, according to Thai Visa News.

The battle between Bermuda's court and government marked the first time a country passed same-sex marriage, repealed it, and reinstated it.

Romania beat back a proposed same-sex marriage ban in October.

In another first, the United States recognized the marriage of a gay Mexican couple in December.

Same-sex couples made progress in Hong Kong when the autonomous territory of China granted visas to dependent spouses of nationals who were in same-sex relationships. The government's decision followed a high court ruling in favor of a lesbian binational couple who married in Britain but relocated to Hong Kong where one of the women was a national.

Homosexuality remains criminalized in 70 countries, down from 72 from 2017, according to data from the International Lesbian, Gay, Bisexual, Trans, and Intersex Association. 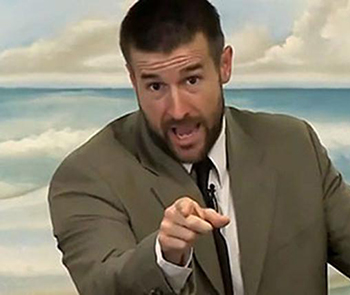 LGBT Chechens continued to flee from violence in the Chechen Republic in the Russian northern Caucasus and spoke out about the abuses there. All the while, Russian President Vladimir Putin, who won re-election in March, continued to deny the persecution.

LGBT Chechens were vindicated last month when the Organization for Security and Cooperation in Europe released a damning report exposing Russian leaders and authorities to "very serious" human rights abuses.

Italian officials passed legislation denying asylum to LGBTs fleeing North Africa and the Middle East. It's not clear if it is a result of American anti-gay groups working with three influential Italian anti-LGBT groups in Italy. The alliance between those anti-LGBT organizations was revealed in a December 19 Southern Poverty Law Center Hatewatch report.

In Malaysia, there was a global outcry after the public whipping of a lesbian couple last September. Earlier in the year, the country initiated a transgender conversion therapy course.

Denmark and the World Bank withheld millions of dollars in funding to Tanzania in direct response to the LGBT crackdown and the country's denial to allow pregnant girls to attend school. Canada announced it was considering withholding fiscal support to Tanzania.

In December, Nicaragua, which has been lambasted by IACHR for its ongoing human rights violations, deported a prominent lesbian activist who held dual citizenship in the country and neighboring Costa Rica.

LGBT human rights defender Scott Long was brutally attacked in Oakland, California in June. The attack shocked the international LGBT and human rights advocate communities. Long is still recovering from the attack that wasn't classified as a hate crime by police. To date, no arrests have been made.

In February, LGBT Dreamers were left in limbo after bills designed to protect them failed in the Senate.

Immigration heated up throughout the year. President Donald Trump ordered the separation of children from parents illegally crossing the border. (Two children recently died in U.S. custody.) Trump continued to push for a wall along the U.S. and Mexico border, leading to a partial government shutdown just before Christmas.

Last May, Roxsana Hernandez, a Honduran transgender woman, died while being held at a U.S. Immigration and Customs Enforcement detention center.

However, a caravan of LGBT migrants primarily from Honduras, Guatemala, and El Salvador was organized. In November, it broke away from the main migrant caravan and ended up in Tijuana, where U.S. LGBT immigration lawyers and human rights organizations have been supporting them with housing, food, and services to file their asylum claims.

Brazil, which has a high record of hate crimes against the LGBT community, particularly transgender individuals, initiated a widespread crackdown on hate crimes against LGBT people in May. Authorities broke up a gang that was allegedly targeting LGBTs, people of color, and women.

In June, the World Health Organization removed "transgender" as a mental illness and reclassified it as a sexual health condition.

In September, Chile passed a landmark law allowing transgender individuals 14 years and older to officially change their names and gender identity on their government issued documents with the consent of their parents or legal guardians.

The new law followed a Chilean court ruling in June that allows transgender individuals to self-identify.

However, it was Uruguay that passed the world's most progressive transgender law in October. The law not only allows transgender Uruguayans the right to self-identify on government issued documents but also to receive government supported sex reassignment surgery and hormone therapy treatment. It also provides educational scholarships and a monthly pension for people born before 1975.

Like Chile, the law allows transgender minors to enjoy the new rights with their parents or guardians' consent.

In May, a Dutch court ruled in favor of third gender demarcation.

In November, the Caribbean Court of Justice struck down a section of Guyana's colonial-era law that banned cross-dressing in public after four transgender women challenged it. 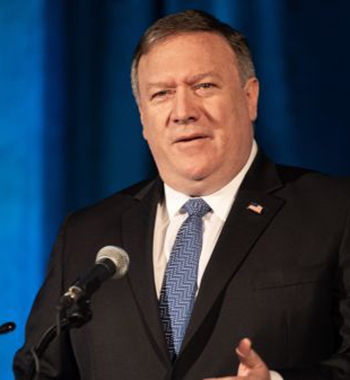 Shakeups in the US
The U.S. saw some changes and resignations on the international level.

Mike Pompeo persevered through his confirmation hearing for secretary of state despite criticism for his anti-LGBT record. Trump fired former Secretary of State Rex Tillerson in March.

Also, in March, after much congressional debate, gay Republican Richard Grenell was confirmed by the Senate as U.S. ambassador to Germany.

In June, the U.S. withdrew from the U.N. Human Rights Council.

Despite a challenging year, 2018 proved to break ground on LGBT rights in some countries. Key reports shed light on LGBT abuses, giving governments and authorities the tools needed to enforce human rights laws.