Report finds 7 shades of red and blue in US 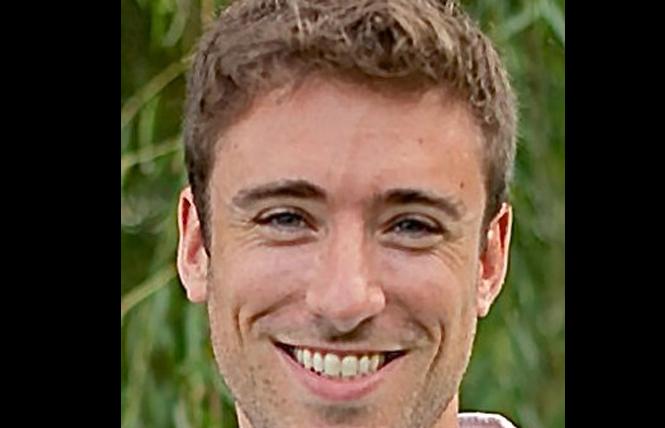 The midterm elections are over but the rancor and partisanship that preceded them remain. If it wasn't obvious beforehand, it is now crystal clear that America is a bitterly divided nation, split almost evenly between red and blue populations.

With the holidays here, many are dreading family conversations, which often expose political discord. Recently, the report "The Hidden Tribes of America," was published by the independent nonprofit group More in Common. It takes a look at how Americans are divided politically.

More in Common is a new international initiative "to build societies and communities that are stronger, more united, and more resilient to the increasing threats of polarization and social division ... working in partnership with a wide range of civil society groups to connect people across the lines of division," according to its website.

The report was based on a yearlong 8,000-person online survey of U.S. citizens using interlocking census targets from the 2016 American Community Survey, achieving a representative sample by gender, race, age, education, and geographic regions. The survey asked 58 core belief and behavioral questions related to current political issues, grouped around four thematic areas: immigration and American identity; race and social justice; gender and sexuality; and religion and extremism. More in Common also conducted six hourlong focus groups and 30 one-on-one interviews of at least one hour's duration with people from across the different population segments.

The report's major finding is that the nation is not split into two, liberal and conservative, but rather, seven distinct groups of Americans:

- Passive liberals (15 percent): feel isolated from their communities, insecure in their beliefs, try to avoid political conversations because of a fatalistic view of politics and feel circumstances of their lives are beyond their control;

- Moderates (15 percent): engaged in their communities, well-informed, civic-minded; faith an important part of their lives, shy away from any extremism;

- Devoted conservatives (6 percent): deeply engaged with politics, hold strident uncompromising views; feel America is embattled, and perceive themselves as the last defenders of traditional values that are under threat.

"Not surprisingly, the two most active groups are on the extremes: progressive activists on the left and devoted conservatives on the right. Devoted and traditional conservatives compose 33 percent of the population yet dominate the national conversation," the report stated.

"In our public debates, we no longer just disagree, but reject each other's premises, doubt each other's motives, and question each other's characters. This polarization is souring personal relationships, driving families apart, with these divisions being experienced in our workplaces, neighborhood groups, even our places of worship," stated the report.

The focus of the Hidden Tribes project is "to understand better what is pulling us apart and find what can bring us back together," the report stated.

The good news from the study is that a majority of Americans, what the More in Common terms the "exhausted majority," are fed up by America's polarization and weary of the us-versus-them mentality. They believe "we have more in common than that which divides us, especially our belief in freedom, equality, and the pursuit of the American dream, so they want to move past our differences because they feel most Americans are more reasonable than people on the other side are made to think," the report stated.

The report also concludes that "unsettling changes in our economy and society have left old certainties gone, such as a secure job, a growing wage, and the safety of neighborhoods where everyone knew each other, with hard work unrewarded and the gap between rich and poor widening yearly."

LGBTQ information
For LGBTQ people, the section on sex, gender, and morality is most revealing.

Sixty-nine percent of Americans see sexism as a serious problem, according to the report, but 59 percent think people are too sensitive about matters relating to sexism and gender.

About 60 percent of Americans support same-sex marriage and acceptance of transgender people, however, that doesn't mean there is "an enthusiastic embrace of new norms toward sexuality," according to the report, as traditional and devoted conservatives believe acceptance of transgender people has gone too far. More than 50 percent of Americans say there is "pressure to think a certain way" about LGBTQ issues, and they question whether changes in attitudes toward sex and sexuality are making America "more accepting and tolerant" or whether they're simply causing "America to lose its moral foundation."

Eighty percent of Americans believe political correctness has gone too far, the report stated, with people becoming too quick to take offense and criticize other's use of language.

The Bay Area Reporter conducted a brief email interview with Daniel Yudkin, 32, senior associate with More in Common USA, one of the authors of the study. He was asked about polarization in America.

"It is true that, oftentimes in America, small minorities of people who are deeply committed to a cause can hold hostage the rest of the country and prevent things from moving forward in a way that the majority would prefer," Yudkin wrote. "The only way to counteract such instances is to galvanize an even more vocal majority. Hopefully, our report, by showing the variety of issues that unify Americans, can help point a path in this direction."

Yudkin, who declined to say how he identifies, added that the country likely will continue to be divided on issues that confront opposite views.

"As with LGBT rights, it took a long time for gay people to become more 'normalized' in the eyes of citizens, which ultimately led to less fear of the unknown and finally to greater acceptance, in the form of gay marriage," Yudkin wrote. "A similar path is likely to follow with TG issues: as these individuals become more visible, and more accepted, in society and media, a greater sense of understanding and less reactance is sure to follow."

He said, however, that it would be a long process "and not one that is likely to resolve itself in the short term; it will take patience and persistence," he wrote. "The point of our report is not that we should always compromise on our values. Some things are worth fighting for. When it comes to tolerance of different lifestyles that do not harm others, this is something that should be advocated for in America."

At the heart of the report is the belief that if people don't understand each other, they can't converse or find common ground, and that despite divergent views on contentious issues, that doesn't mean people cannot find common ground.

"By acknowledging and respecting the values that animate our beliefs, we can begin to restore a sense of respect and unity," the report states.

Yudkin felt that the midterm elections validated the message of "Hidden Tribes," "since it shows how people with an inclusive, positive, unifying message tended to be most successful."

The report ends on an optimistic note: "America has one great asset unrivalled in the world: a powerful story of national identity, that, at its core, is idealistic, hopeful, and inclusive. It is a story that calls the nation and its people to act with virtue and against division; that speaks to the better angels of our nature. America today needs a renewed sense of national identity, one that fosters a common vision for a future in which every American can feel that they belong and are respected. Vision and idealism have long played central roles in America's national story. Most Americans still regard that story as a tale of progress."

To read the report, visit https://www.moreincommon.com/hidden-tribes.