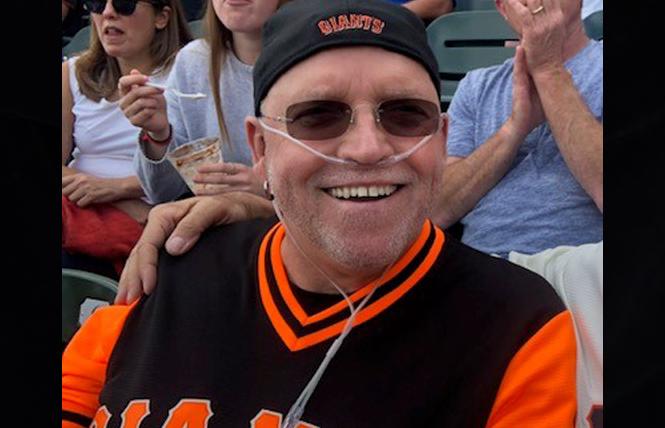 September 10, 1959 — November 23, 2018
Christopher Hanna was a longtime resident of the Bay Area. From Kansas, Christopher's family moved to Mill Valley in 1969. After a number of years in southern California attending college and launching his career, Christopher moved back to San Francisco, where he settled permanently. He participated actively in the San Francisco gay community's cultural and political causes and concerns. He became a valued sponsor and leader in the Castro's AA community, with whom he spent his last day at a potluck before departing us all on Thanksgiving evening.

Chris made the decision to leave this life after many years of living with heart disease, HIV, asthma, and chronic pain. He'd had 12 heart attacks and over 30 heart procedures. It was a testament to his strength and determination that he lived a productive life until age 59.

Christopher worked as a recruiter in the technology sector and rose to become a senior executive in the industry until his health required him to go out on disability.

Chris was an avid sports fan. One of his last outings was to attend a Giants-Dodgers game, for the first time. The journey to a crowded baseball stadium in his condition was courageous and risky. But he was determined. Despite his heart disease he had a huge heart (pun intended) and was grateful and generous with his good friends and will be deeply missed by his family, extended family, and the community to whom he contributed so much.

He is survived by his mother, Patricia; brothers, Thomas and Joe; and sister, Linda.