Editorial: Giants cut down by owner 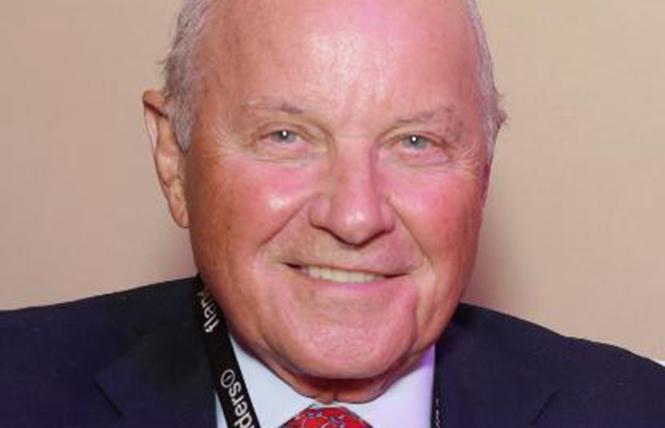 The San Francisco Giants long-celebrated support for diversity was undermined and undone when it was revealed that the team's principal owner, billionaire Florida resident Charles Johnson, made not one but two political donations to racist groups or candidates. The first was $1,000 to Black Americans for the President's Agenda, a super PAC that released a racist attack ad in Arkansas. The second, made by Johnson and his wife, was a $5,400 contribution to Mississippi Senator Cindy Hyde-Smith, who won her runoff race Tuesday but has been under fire for her own racist comments.

Now, prominent civil rights leaders, including the state and local branches of the NAACP, are calling for a boycott of the team while Giants executives scramble to distance themselves from their clueless owner. That's right, Johnson's attorney, Joe Cotchett, said that Johnson wasn't aware of the racist taint of either the super PAC or Hyde-Smith's comments. That's unbelievable, considering Hyde-Smith's November 2 statement about a local rancher ("If he invited me to a public hanging, I'd be on the front row") was widely publicized, as was her decision not to issue a formal apology. Johnson and his wife made the donation to Hyde-Smith on November 20, nine days after video of her comment surfaced.

Hyde-Smith is a vile woman who has been photographed proudly wearing Confederate attire and then doubled down on the ensuing controversy, just like her biggest supporter, President Donald Trump. Lest anyone not get the connection, Hyde-Smith's "public hanging" comment was widely interpreted as a reference to lynchings, of which there were 581 in Mississippi — more than any other state — from 1882 to 1968, according to the Tuskegee Institute. It's a stain on America that remains blood-soaked today. It was just last summer that white supremacists marched in Virginia and one man drove his car into a crowd of protesters, killing a woman.

Giants President and CEO Larry Baer said this week that the team can't control the actions of the 30 owners, or who any of their employees support politically. That may be true, but it certainly does not exonerate any of those owners who don't adequately evaluate political candidates they're supporting or donating to or don't care. It's a tone-deaf message when the team he owns is in San Francisco, a world leader on diversity, inclusion, and equality for all. It's been a shock for many longtime baseball fans and it's within their rights to object.

The Giants are one of the few professional sports teams that have led the way on inclusivity. Back in 1993 the Giants held the first Until There's A Cure Day game to bring attention to HIV/AIDS. One of the players at the time, closer Rod Beck, was the initial spokesman for that inaugural event, and remained involved during his tenure with the team. In recent years, the Giants held one of the first LGBT Pride Nights in professional sports, which continues today. For the 2019 season, the team will hold special nights for various communities, including Latinos, Irish-Americans, African-Americans, and even Marvel comic fans. In short, team executives know their audience, even if some of the owners do not.

Cotchett said this week that Johnson would ask Hyde-Smith for his campaign contribution to be returned if she's a racist. (It was reported Tuesday that he did.) If that's the case, we expect Johnson to immediately ask for his money back. He did request for the PAC donation to be returned and issued a rare statement last month condemning any form of racism.

But the larger point is that the Giants ownership needs to get in synch with the team and community. The Giants front office may not be able to tell owners what to do when it comes to politics, but the team needs to send a stronger message to fans to counterbalance any damage by forcefully connecting with and supporting minority communities. Sports teams are usually owned by very rich white men who do what they want because they can, and unfortunately, that privilege often collides with the very fan base that supports a team. The Giants are in such a pickle, and whether a boycott is successful or not, the team needs to take unequivocal action to demonstrate its commitment to diversity — especially since they risk tarnishing their reputation in the eyes of their fans because at least one owner does not.