Supreme Court justices to decide whether to hear 3 LGBT cases 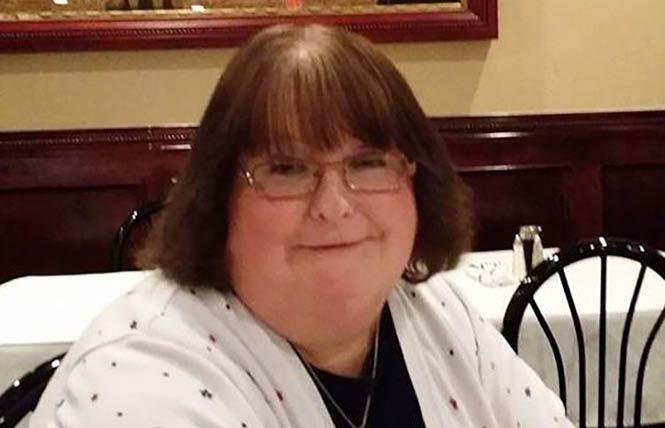 Aimee Stephens was fired from a Michigan funeral home after she transitioned.

Three big LGBT cases will be part of a private discussion at the U.S. Supreme Court next Friday, November 30, when the justices meet to conference about what appeals to hear in the coming months.

At least four justices must vote to accept an appeal before the court will schedule the case for argument.

The likelihood of the court taking one of these cases is fairly strong, primarily because there is a conflict among several circuit courts as to whether Title VII can be read to include sexual orientation and/or gender identity discrimination. But with the newly constituted Supreme Court having a much more conservative slant, it is probably more likely that — if four justices want to hear an appeal — they will be seeking an opportunity to narrow the protective reach of Title VII, rather than expand it to LGBT people. In that regard, the justices are more likely to take a case brought by an employer.

Funeral home case
Harris Funeral v. EEOC (from the 6th Circuit): This appeal comes from an employer in Michigan and asks whether "gender identity" or "transgender status" are covered under "sex" discrimination in Title VII. The employer, Harris Funeral, fired a longtime employee after she transitioned and refused to wear a man's business suit supplied by the company. The employee, Aimee Stephens, first took her complaint to the Equal Employment Opportunity Commission, which ruled in her favor. The 6th U.S. Circuit Court of Appeals said "sex" discrimination in Title VII includes transgender discrimination. On appeal to the Supreme Court, the funeral home argues that its dress code applied equally to men and women and that the courts do not have the authority to say that "sex" includes "gender identity." The reason the word "sex" was added to Title VII, said the funeral home, was to ensure "equal opportunities for women." This case may be the most attractive to the conservative justices because they could deny protections to transgender employees and all LGBT people by simply claiming the lower courts have no authority to expand the definition of "sex" in federal law. The 6th Circuit includes Michigan, Kentucky, Ohio, and Tennessee.

Parachute company case
Altitude Express v. Zarda (from the 2nd Circuit): This appeal comes from an employer in New York, challenging a 2nd Circuit ruling that Title VII does cover discrimination because of sexual orientation. The case involves a recreational parachuting company, Altitude Express that fired one of its trainers, David Zarda, after learning he was gay. Zarda died before his lawsuit could be resolved, but his sister has pursued his claim. The 2nd Circuit covers New York, Connecticut, and Vermont.

Third case
The third case before the Supreme Court conference this month is one brought by a gay employee who lost at the lower level.

Bostock v. Clayton County (from the 11th Circuit): This appeal comes from a gay man in Georgia, challenging an 11th Circuit decision to dismiss his Title VII lawsuit.

Gerald Bostock was a child advocate employee of the Clayton County Juvenile Court System for 10 years and all was fine. Then, in 2013, he joined the Hotlanta gay softball league and urged other players to consider volunteering for the county agency. Within six months, his office was audited, someone publicly complained about his playing in the gay softball league, and he was fired. The county said he was fired for "conduct unbecoming a county employee;" Bostock said he was fired because he is gay. Bostock filed suit, saying his firing violated Title VII. The 11th Circuit (which covers Georgia, Florida, and Alabama) dismissed the lawsuit, saying it had already ruled that sexual orientation discrimination is not covered under Title VII. At the Supreme Court, Bostock's attorney acknowledged that the 11th Circuit has previously ruled that "sexual orientation" cannot be read into "sex" discrimination, but he argued that other circuits have ruled it can. He also argued that the Supreme Court's 1989 ruling in Price Waterhouse v. Hopkins requires courts to read "sex" discrimination to include gender-based stereotypes. And he argued that the 1998 Supreme Court decision in Oncale v. Sundowner underscored that "sex" discrimination had to be read more broadly.
The 11th Circuit ruled as recently as last year that Title VII does not prohibit sexual orientation discrimination. The employee in that case, Evans v. Georgia Regional, appealed to the Supreme Court but the court simply refused to accept the appeal for review.

The 7th Circuit U.S. Court of Appeals ruled in favor of sexual orientation discrimination (Hively v. Ivy Tech), but the employer did not appeal to the Supreme Court. So, LGBT people in 7th Circuit states (Illinois, Indiana, Wisconsin) can press a Title VII claim, as can those in the 2nd Circuit and 6th Circuit. LGBT people in the 11th circuit cannot.

Meanwhile, similar cases in other circuits are percolating up, putting pressure on the Supreme Court to settle the dispute nationally.

The court could announce as early as Monday, December 3, whether it will — or won't — hear any, or all, of the appeals. It could, and often does, re-list some cases for conference at a later date. Two of the three cases were originally scheduled for September but were rescheduled after the third case was given more time (until October 24) to file briefs. Now, all three are on the conference list.