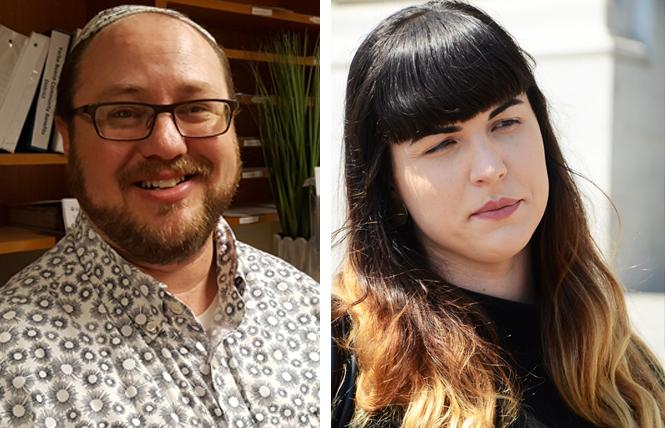 A number of LGBT candidates are seeking school board seats around the Bay Area this election cycle. Some, should they win, will make LGBT political history in their respective cities.

One race that has drawn particular attention is that for three open seats on the San Francisco Unified School District Board of Education. As the Bay Area Reporter has noted, Mia Satya and Martin Rawlings-Fein would be the first elected transgender public officials in the city if voters choose either candidate come November 6.

Phil Kim, a gay man and charter school employee who two years ago lost his first bid for a school board seat, would be the first out Asian male elected official in the city since 2014 when Lawrence Wong cycled off the community college board. Also running are gay educator Connor Krone and lesbian firefighter Lenette Thompson.

There is currently only one LGBT member of the school board, Mark Sanchez, a gay former school principal in the district who won re-election to a seat on the governing body in 2016. He had previously served on the school board in the 2000s.

In the East Bay, lesbian Emeryville resident Sarah Nguyen, 44, is seeking a seat on the Emery Unified School District board. It is believed the married educator who has two teenage sons would be the first LGBT person elected to the oversight body.

"Surprisingly, to me, no one has really wanted to talk about it," said Nguyen.

Spoke today w/a reporter doing a round-up of all LGBTQ+ school board candidates in the Bay Area. Made me nostalgic so I dug out the shirt I wore for our elopement @ courthouse: June 26, 2015, the very day SCOTUS legalized marriage equality #lovewins #lovenguyens#loveISlove
???????????? pic.twitter.com/Om8WVuOJ0k

A teacher for 23 years in a different district who now consults on teacher training and tutors, Nguyen told the B.A.R. she has fielded more questions about her family from confused voters. She took the last name of her wife, Huong Nguyen, who is divorced from her previous wife she shares custody of their sons with. The boys have long attended schools in Oakland and will not be transferring to Emeryville, another question Sarah Nguyen said she often fields.

"I get a lot of assumptions. I look very straight, and when people see my name, they expect an Asian lady to show up," she said.

Wishing for a wonderful Pride weekend here in Silicon
First in many I'm not an SVP volunteer. I'm volunteering to run for office this year.
Hope to see many of you as my family and I March in the parade Sunday or the Rainbow Chamber of Commerce Booth.#UnityDiversityStrength pic.twitter.com/6FMEwBu2Rt— Raymond Mueller (@R_Mueller_ARUSD) August 24, 2018 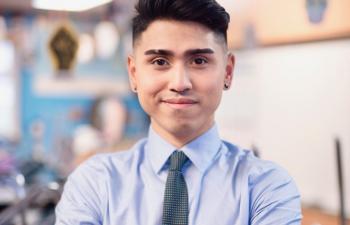 "It is 2018 and crazy that I would be the first Latino on the school board. Our school district is 50 percent Latino," said Pacheco, 28, whose mother escaped the Salvadoran Civil War and father is Mayan-Korean.

Born and raised in the district, Pacheco said his sexual orientation hasn't been much of an issue. Instead, he has been able to engage with parents concerned about the state mandate that schools teach about LGBT history due to the Fair, Accurate, Inclusive, and Respectful Education Act.

"People are saying we don't want the queer agenda or gay agenda in our curriculum," he said. "I explain to them what the FAIR Act is and what it isn't. I let them know your religious beliefs can be respected."

Rivers, 51, grew up in Morgan Hill but has deep family ties to San Jose dating back to her great-grandparents. Her children have all attended the school district, with the two youngest sons now in high school, while she has previously taught English as a Second Language classes for it.

After two decades teaching in a different San Jose school district, Rivers took a job in the tech sector in order to afford her children's college tuition. Her wife, who graduated from high school in the district, works in the nonprofit sector. Missing her work with students, Rivers decided to seek a school board seat.

"As a parent, I really want to contribute," said Rivers, who has served on a city library commission and the board of San Jose's LGBT center. "I was looking for a great opportunity to bring all this experience together and put it to work for our kids."

After breaking her ankle while knocking on voter's doors in late October, Rivers has had to curtail her time on the campaign trail the last few weeks. While one man she had encountered reacted negatively to her campaign material, which features her wife and children, Rivers said she isn't sure how her being an out candidate will impact her chances in the race.

Being a voice for families from various marginalized groups, said Rivers, is why she wants to serve on the school board.

"I want to be a champion for teachers, students, and employees who are LGBT or from varied marginalized groups we have in our county," said Rivers. "Not just the LGBT community but religious groups, immigrant groups, and people of different language groups."

Gay Franklin-McKinley School District board member Omar Torres opted not to seek re-election this year and had filed to run for a Santa Clara Valley Water District seat representing San Jose. But Torres decided to suspend his campaign, though his name will still appear on the ballot.

Open about her sexual orientation since she started her campaign earlier this year, Nguyen said she never once thought to hide who she is or her family from Emeryville voters. Similar to how she was out in her classroom, serving as a role model for students from LGBT families and educating parents who harbored concerns about an LGBT educator, she wanted to do the same as she ran for public office for the first time.

"My hope in putting out my identity as an LGBTQ-plus candidate is so people can see it has to do with visibility. Everybody's story should be told and safe to bring forward," explained Nguyen. "For me, I am a Jewish, queer woman married to an immigrant, refugee woman. I check a variety of boxes when it comes to diversity; that is just my life. I have never seen it as a political statement."

No matter the outcome of next week's races, the list of out education officials in the Bay Area is set to increase. As the B.A.R. has previously reported, two candidates for education board seats automatically won when no one else filed for their races in August.

James Aguilar, 18, a gay freshman at San Francisco State University, will be sworn into the Area 6 seat on the San Leandro Unified School District Governing Board on December 11. Around the same time Adam Spickler will be sworn into the Area II seat on the Cabrillo Community College Board of Trustees in Santa Cruz County. He will become the first transgender man to hold public office in California.

Gay San Mateo ed official switches jobs
After Gary Waddell, Ph.D., lost his bid in June to become San Mateo County superintendent of schools, it remained unclear how long the gay Pacifica resident would remain with the county education office. He has worked there for 12 years, most recently as deputy superintendent of the instructional services division at the county education office.

His colleague, Nancy Magee, won the race to succeed lesbian San Mateo County Superintendent of Schools Anne E. Campbell, who opted to retire rather than seek re-election. Magee, a lesbian who lives in Half Moon Bay, is the county's associate superintendent for the student services division.

Following his defeat, Waddell had told the B.A.R. that he hadn't made any decision about his future employment plans. This past Monday, however, Waddell announced he would be switching jobs, having been hired as assistant superintendent of the Santa Clara County Office of Education where he will oversee work in public affairs, leadership, equity, and educational progress.

In a Facebook post, Waddell wrote that he "had an amazing 12 years" with the San Mateo office where he worked with "stellar" colleagues. He added that he is "excited to begin my next chapter" helping students in the adjacent county.

"It has been an amazing run doing work that makes a difference in the lives of children and youth in San Mateo County," he wrote. "At the end of the day, that's what it was all about - and it has been my great honor to have served our youth, all of them, but particularly those on the margins who have been historically underserved."