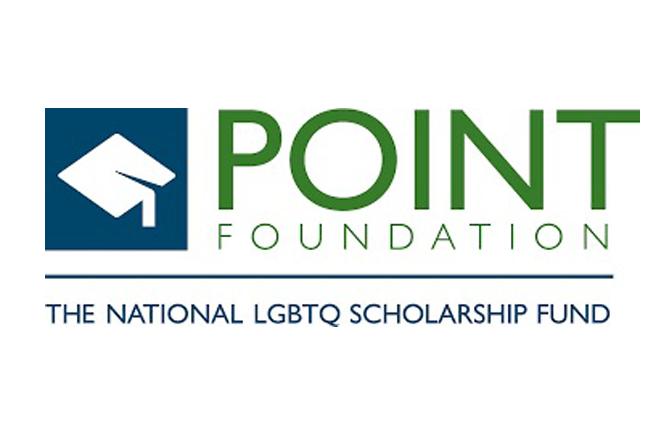 LGBTQ students enrolling in undergraduate or graduate programs for the 2019-2020 academic year can now apply for a Point Foundation scholarship.

Point, as it's known, is the nation's largest scholarship-granting organization for LGBTQ students of merit. It currently provides financial assistance and programmatic support to 97 students.

According to a survey by http://www.studentloanhero.com, LGBTQ students accrue $16,000 more debt on average than their heterosexual peers, Point officials said in a news release. Moreover, nearly a third of LGBTQ students report being discriminated against because of their gender identity or sexual orientation when seeking financial assistance for higher education. Recognizing these issues, Point provides its scholarship recipients with mentoring and leadership development training as well as financial support, the foundation said.

"Despite the constant attacks on our community, our LGBTQ young people are eager to develop the skills they need to fight back against discrimination and become the leaders our country so desperately needs," Jorge Valencia, executive director and CEO of Point, said in the release.

To receive a scholarship, candidates must demonstrate academic excellence, leadership skills, community involvement, and financial need. Attention is given to applicants who have experienced marginalization and/or are working to improve the lives of marginalized groups, particularly the LGBTQ community.

Since 2002, Point has awarded more than 450 scholarships.

Individuals, corporations, and organizations can support Point by designating a scholarship with a "Name" that recognizes the donor. Named scholarship donors pledge to cover the financial assistance and programmatic support Point provides its scholars. For more information, visit https://my.pointfoundation.org/donate.

Following the summer retirement of gay Executive Director Lyle Beckman, the agency, which provides counseling, pastoral care, and crisis counseling, sought a new leadership team. It has hired the Reverend Thomas R. Carter as executive director and the Reverend Valerie McEntee as the night minister. Both are straight allies, McEntee wrote in an email.

The event is also the night ministry's 54th anniversary.

A donation of $54 is requested. For tickets and more information, visit www.sfnightministry.org and click on "Events Calendar."

Teen changemakers sought
The Helen Diller Family Foundation is now accepting nominations for the 2019 Diller Teen Tikkun Olam Awards. The program recognizes 15 Jewish teens annually with $36,000 each to support an ongoing social justice project, or to further their education.

Up to five teens from California and 10 from other communities nationwide will be acknowledged for demonstrating exceptional leadership and impact in repairing the world.

The awards were the vision of Diller, a Bay Area philanthropist who sought to recognize the next generation of socially committed leaders whose dedication to volunteerism exemplifies the spirit of tikkun olam, a Jewish value meaning "to repair the world." Since 2007, more than $4 million has been awarded to 114 teens through the program.

In addition to the awards, the Helen Diller Family Foundation is a supporting organization of the Jewish Community Federation of San Francisco, the Peninsula, Marin, and Sonoma counties.

Applicants must be U.S. residents aged 13-19 years old as of the application deadline and self-identify as Jewish.

Teen-led initiatives may benefit the general or Jewish community, with impact locally, nationally, or globally. Teens must be volunteers and not receive compensation for their services.

Teens may apply directly at www.dillerteenawards.org. The nomination deadline is December 18. All applications must be completed by January 8.

LGBTQ digital media competition seeks entries
To assist California schools in fulfilling requirements mandated by the Fair, Accurate, and Respectful Education Act (SB 48), the Global SchoolNet Foundation and Rainbow Advocacy have launched the Our Pride Video Fest, in which students can spark their creativity and depict the often-untold historical stories and contributions of the LGBTQ community through digital media.

The state updated its guidance in 2012 to include LGBTQ people and people with disabilities in history and social studies lessons. Students from middle school through college can submit short news stories, documentaries, creative fiction, music videos, animation, and public service announcements, following their research on significant LGBTQ people, places, and events.

Students who are under 18 are required to collaborate with adult mentors, teachers, or parents.

Submissions can range from 90 seconds to five minutes and must be submitted via the FilmFreeway online platform accessible at www.ourpride.org.

"The struggles and achievements of the LGBTQ community are components of the civil rights movement, yet many of these stories remain untold," Yvonne Marie Andres, Our Pride Video Fest co-director, said in a news release.

Andres, who also serves as CEO and co-founder of San Diego-based Global SchoolNet, added, "We want all students to become aware of LGBTQ history and to use their imagination to present their findings in compelling ways."

The submission deadline is March 1.