Two vie to replace Yeager on Santa Clara board 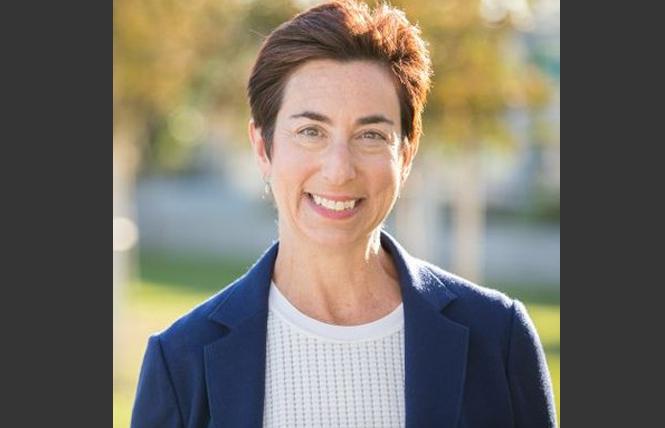 Whatever happens November 6, the new District 4 Santa Clara County supervisor will be a straight person.

The current District 4 Supervisor Ken Yeager, the board's only LGBT member, is termed out after 12 years in office.

Yeager was the county's first openly gay elected official, and before that was elected to the San Jose City Council and community college board. After nearly 30 years of public service, his vacancy and legacy leave a vacuum in LGBTQ elected public service, observers said.

That's apparent in the District 4 supervisors' race, where Donald Rocha and Susan Ellenberg will face each other November 6 after advancing from the June primary. Neither candidate is LGBT, but they both said that they understand the queer experience — as county officials and as members of a family with LGBTQ members.

Yeager has endorsed both in the race.

Since 2014, Ellenberg has been serving as president of the San Jose Unified School District board. She is a graduate of the Columbia University Law School. In the past she was a practicing attorney.

Ellenberg, 51, said she's proud of her endorsement from the Stonewall Democrats of Silicon Valley. The group is officially recognized as a caucus within the state Democratic Party. It advocates on issues of importance to LGBTs. Ellenberg is also proud of the fact that she has a niece who identifies as queer and a nephew who is a gay man.

She is aware that the Santa Clara County Office of LGBTQ Affairs, which Yeager spearheaded, is a unique governmental organization. Moreover, she is familiar with the LGBTQ affairs office because she sits on the Santa Clara County Commission on the Status of Women. As previously reported in the Bay Area Reporter, the county Office of Women's Policy, which the commission advises, will soon become part of a new Division of Equality and Social Justice, along with the LGBTQ affairs office and a couple of departments.

Ellenberg said that although the day-to-day operations are autonomous, there is concern that these separate offices have distinct mandates, and therein lies the rub.

"It's potentially challenging for each one to fully champion the population they were [established] to advocate for," she said.

The prevalence of violence against LGBTQs, including intimate partner abuse, is alarming to Ellenberg. In her interactions with youth, she has seen the collateral damage of targeted violence.

"We're seeing increases in rates of suicide, suicidal ideation, and extreme anxiety," she said. "And other symptoms of mental health disorders among youth in our schools. And a disproportionate number of the kids that are reporting these symptoms are identifying with the LGBTQ community."

Ellenberg offers two main approaches. The first is that the organizations like San Jose LGBTQ Youth Space and Stand Up for Kids are in need of funding, she said.

However, Ellenberg considers adequate and comprehensive health care to be the highest priority facing the LGBTQ community in Santa Clara County.

"Focusing on integrated whole-human health care for the LGBTQ population is the most significant contribution that we can really make to help that community thrive," she said. 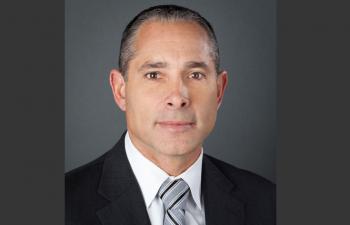 Rocha, 49, represents District 9 on the San Jose City Council and previously served on the school board. In the past Rocha has served on joint city-county task forces for public safety, housing, and ambulance services. Rocha also has a close family member who is just coming out and is navigating their path as a member of the LGBTQ community.

Rocha is no stranger to the rigors of bureaucracy. He said he is aware of the concerns of some people about the Offices of LGBTQ Affairs joining the Offices of Cultural Competency, Immigrant Relations, and Women's Policy in the Division of Equity and Social Justice.

Yet, he said he's not worried that the focus, vision, or impact of any of the departments will be lost in the reorganization. Rocha said he hasn't studied the reasoning for the readjustment, but surmised that it was done because of budget savings, reporting, and management-related issues.

"Its mission or its scope or its work will not be compromised. ... Its scope is clear enough that I don't see it having any conflicts with other missions or mission statements from other divisions or departments," he said, referring to the LGBTQ affairs office.

Rocha said, "Under the leadership of Ken Yeager and the other supervisors, the county has continued to do the right thing by promoting policies that help support vulnerable communities, but there is always more to do."

He said that youth programs should be expanded and "fully-funded well into the future."

"Additionally, the county serves thousands of residents each and every day, and making sure county employees are properly educated and trained to work with these communities is vital to ensure that important county services are available and easy to use for all residents," he added.

Rocha wants to ensure that the mandates are being fulfilled, and that the funding is allocated correctly. His vision is to have impact reports and studies filed to a committee either quarterly, annually, or biannually. That way, he said, the Office of LGBTQ Affairs and others "are ensured that they don't get lost in the shuffle or become distanced or in the background."

This may seem like the dispassionate grinding wheels of bureaucracy, but Rocha said he's been doing this work for a long time: "two or three decades working around City Hall and the school board."

"I have learned to trust and depend on professionals in our staff," he said. "So, I lean a lot on professional staff to give me a good recommendation ... I'm looking for an impartial, independent analysis from them as to what they think the needs are."

He did say that the gap in mental health care is a problem for many in the county.

For more on the candidates' campaigns, visit https://www.susanellenberg.com/ and http://www.donaldrocha.com/.