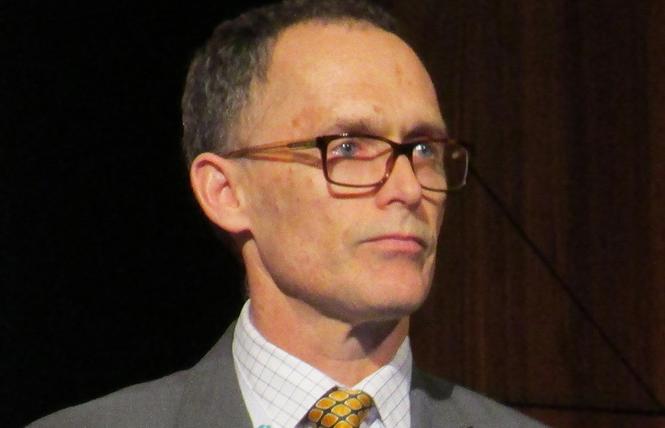 PrEP is highly effective as an HIV prevention tool, but barriers to wider access are limiting its full potential, according to recent studies. PrEP, HIV vaccines, and other biomedical prevention approaches are the focus of the HIV Research for Prevention (HIVR4P) conference, taking place this week in Madrid.

A recent analysis of pharmacy data by the Centers for Disease Control and Prevention found that more than 78,000 people filled a prescription for Truvada (tenofovir/emtricitabine) for PrEP in 2016 — a figure that is likely dwarfed by the current number. Global data presented at the conference suggest that more than 300,000 people are now using PrEP worldwide, but that is likely an underestimate.

The Food and Drug Administration approved Truvada for HIV prevention in July 2012. Since then uptake has risen steeply as gay and bi men in San Francisco, Sydney, London, and other cities have promoted its use. But there is still no comprehensive count of the total number of people who have taken PrEP, with numbers from different sources varying widely.

Gilead Sciences, the manufacturer of Truvada, estimates that around 150,000 people in the U.S. have used PrEP, based on an ongoing survey of commercial pharmacies. A previously reported analysis by Dawn Smith and colleagues from the CDC suggested that only 8 percent of the more than 1 million people who are at substantial risk for HIV are using PrEP.

"Use of PrEP is increasing, but not fast enough," Ya-lin Huang of CDC's Division of HIV/AIDS Prevention, the lead author of the latest analysis, told the Bay Area Reporter. "Between 2014 and 2016, the number of Americans who filled a prescription for PrEP increased by 470 percent, but this represents a small fraction of the estimated 1.1 million Americans who could benefit from PrEP."

Huang's analysis confirms wide disparities in PrEP use. Among nearly 33,000 PrEP users with available race/ethnicity data, 69 percent were white, 13 percent were Hispanic or Latino, 11 percent were African-American, and 5 percent were Asian. Although this does not differ much from the racial distribution of the U.S. population as a whole, it does not reflect the HIV epidemic.

"While African-Americans and Latinos represent approximately 44 percent and 26 percent of Americans who could benefit from PrEP, this study found they represent just 11 percent and 13 percent, respectively, of Americans prescribed PrEP in 2016," Huang said. "Addressing gaps in PrEP awareness and use is critical to stopping new HIV infections in the U.S."

In San Francisco, African-Americans make up about 6 percent of the population but account for 17 percent of new HIV diagnoses, according to the Department of Public Health's latest HIV epidemiology annual report. While an estimate of the total number of people taking PrEP in the city is hard to come by, experts and advocates agree that black and Latino gay and bi men are less likely to use it than white men.

Global PrEP use
The Global PrEP Tracker, a joint project of AVAC and the Clinton Health Access Initiative, collects data from demonstration projects, implementation programs, governments, and manufacturers. Laura Fitch of AVAC said at an HIVR4P news conference that 309,525 people are taking PrEP in 68 counties. This falls far short of the World Health Organization's target of 3 million people on PrEP by 2020.

The global figure includes 220,000 people in the U.S. — about 70 percent of the worldwide total — with a large proportion being gay, bisexual, and other men who have sex with men. Another 49,000 people, or 15 percent, are in African countries, where the majority of PrEP users are young women. More than half of the estimated 8,000 PrEP users in Asia reside in Thailand.

Notably, this analysis found PrEP users in considerably more than the 40 or so countries that have officially approved Truvada for HIV prevention. This supports anecdotal reports that many people are getting PrEP through informal channels, such as buying generic versions of the component drugs via mail order from India or obtaining it while traveling.

Australia has done an impressive job of scaling up PrEP, with more than 15,000 users in a population of around 25 million, and this is starting to have an impact on the country's epidemic.

HIV diagnoses among men who have sex with men in New South Wales decreased from 295 during the 12 months preceding the PrEP roll-out to 221 in the 12 months afterward, according to a report published last week in the Lancet HIV. New infections fell by nearly one third, from 149 to 102.

"The speed of the decline we've seen in new HIV infections in gay and bisexual men is a world first," lead investigator Andrew Grulich, Ph.D., of the Kirby Institute, said in a press statement. "Our research tells us that these reductions are a result of PrEP, implemented on a background of high and increasing HIV testing and treatment rates."

The greatest declines were seen among Australian-born gay and bisexual men and those living in central Sydney.

"These communities had the highest uptake of PrEP, and in these populations, new HIV infections have halved since the trial began," Grulich said. "With broader access to PrEP, we're likely to see even greater reductions across the board."