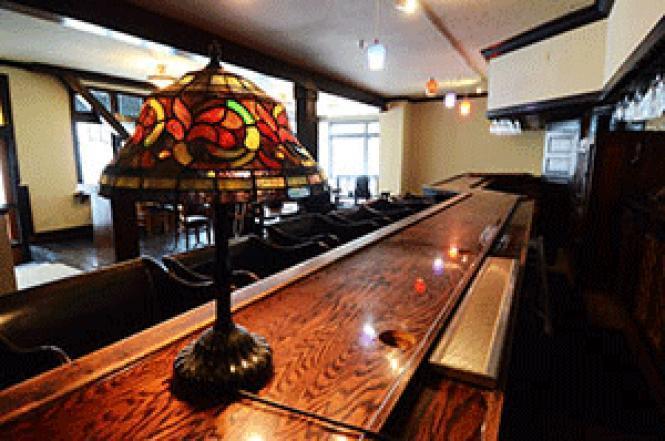 San Francisco historic preservation officials have signed off on granting city landmark status to a property in North Beach once home to several LGBT restaurants, most famously that of the Paper Doll.

If the Board of Supervisors finalizes the designation, as is expected, then the building at 524 Union Street would be the city's fourth property to be landmarked for its association with LGBT history. It would also be the first landmark in the country to focus on an early queer restaurant.

As the Bay Area Reporter first disclosed in March of 2017, the Smucha family that owns the building is seeking to have its historical significance be officially recognized by the city. For instance the Paper Doll, which operated at the site in the 1940s, is believed to be San Francisco's first restaurant and nightclub catering to the gay community.

There is no known opposition to the landmark request. In the summer the city's planning department signaled its support for adding the property to the list of historically important sites in San Francisco.

At its meeting October 17 the historic preservation commission unanimously voted 6-0 to approve landmarking the property. Their decision was expected, as the panel indicated last month that it felt the building was historically significant.

"I hope something more happens to the history of the Paper Doll, more than just staying in a staff report," said commissioner Kate Black. "I strongly support this project."

A citywide report on LGBT history released three years ago had detailed the important role 524 Union Street played in the city's early LGBT nightlife scene. It has housed bars and restaurants since the late 1840s and was rebuilt after the 1906 earthquake.

Tom Arbulich opened the Paper Doll Restaurant and Bar there in 1944, according to research done by Shayne E. Watson, a lesbian and architectural historian hired by the Smucha family to assist with the city landmark request.

"It was foundational in the development of the city's first LGBTQ communities," said Watson at Wednesday's hearing. "We in the community are overjoyed to see the Paper Doll landmark moving forward."

She stressed that the historical report on the property submitted to city officials was completely written by Bev Smucha and her son, Barak, who are both straight and allies to the LGBT community.

"This is a completely grassroots effort led by the Smuchas. Their research blew me away," said Watson, who spoke on behalf of the GLBT Historical Society as the founding chair of its historic places committee.

"My parents spent their entire life savings fighting the case in court, going all the way to the U.S. Court of Appeals, with my father's attorney finally convincing him to give up. With no money left, and with no hope of winning, he decided to stop pursuing his case," wrote their daughter, Sandra Luna, in a September 23 letter in support of landmarking the building. "Even though my father still owned the building at 524 Union until the early 1970's, he and our family were never able to recover financially from his legal battle for his license with the Paper Doll."

Luna added of her father, who died in 2005, that she remains "exceptionally proud of the principles and character my father had, even when it meant losing almost everything. As a straight man who stood up for the LGTBQ community and for his principles in the face of opposition from those in power, I will be forever proud."

Commissioner Diane Matsuda highlighted Luna's letter at the hearing. She said she was particularly struck by the family's "forfeiting all their savings to make a strong point." Their doing so, she added, symbolizes the values San Francisco holds dear.