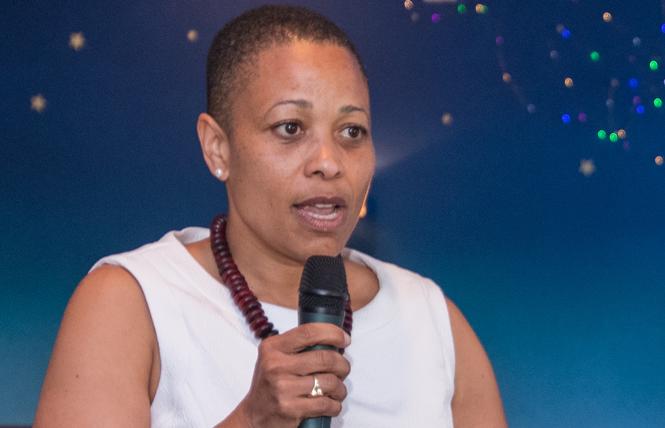 A trio of out candidates is seeking election in November to seats on the Oakland City Council, including a pair of political newcomers inspired to run for office following the election of President Donald Trump two years ago.

Guillén is one of two out members on the Oakland council, along with lesbian at-large City Councilwoman Rebecca Kaplan. Her current term doesn't expire until early 2021.

Of the three council candidates, Rodriguez and Harris face particularly tough campaigns as they seek elected office for the first time. Harris is running in a crowded field for the open District 4 seat, while Rodriguez is trying to oust controversial District 6 Councilwoman Desley Brooks from office.

In early April, Councilwoman Annie Campbell Washington announced she would not seek re-election to her District 4 seat, citing the "toxic" tone at City Hall as the reason. Mayor Libby Schaaf, who had held the District 4 council seat and is up for re-election this fall, laid the blame for the dysfunction on Brooks, who remains popular in her district despite the various political and legal controversies she has weathered.

The councilwoman and mayor have endorsed Oakland native Charlie Michelson, who was raised by his mom, a lesbian who came out after divorcing his father. A shipping company executive, he lives with his female partner, Morgan, and their three children in the Thornhill neighborhood.

Harris has Schaaf's second choice endorsement in the race, as Oakland uses ranked-choice voting to elect council members. But she has yet to team up with any of the other candidates to run a coordinated campaign asking voters to rank them on their ballot.

A nonprofit finance professional and documentary filmmaker, Harris, 47, grew up in Altadena, outside Pasadena. She earned a B.A. from Vassar College, the first in her family to graduate from college.

She returned to California to care for her mother when she was diagnosed with cancer. Nearly two decades ago she moved to Oakland after meeting her now wife, the novelist and San Francisco State University professor Carolina De Robertis.

The couple moved to the Upper Dimond neighborhood nine years ago with their two children and Harris' mother. It was her youngest son's reaction to Trump's election that led her to become more politically engaged.

"After the last election, my son - I think he was 7 at the time - he woke up and at the top of his lungs said, 'I am not coming down and stepping foot in a country where that man is president.' I had to convince him to come down, and really what I was saying to him was to not let that person stop us," recalled Harris, a former Fulbright grantee to Uruguay.

A former board member of the LGBT-focused East Bay Stonewall Democratic Club, Harris was elected a delegate to the California Democratic Party from her Assembly District in January last year. The top-vote getter in that race, Harris hopes her no-nonsense style will connect with voters in the council district.

"People really want someone who is plainspoken and no BS," said Harris, who looked to former Uruguay president Jose Mujica for inspiration. "Seeing an unapologetic progressive, plainspoken man at the helm nationally was really formative for me."

While the district represents some of the city's more conservative neighborhoods, Harris is confident her message will nonetheless resonate. She is a champion of ensuring housing is seen as a human right, wants developers to set aside affordable units on-site when building market-rate housing projects, and believes the city can be doing more to house the homeless by utilizing public land and collaborating more closely with local churches.

"I think people are changing the way they think about leadership and about the articulation of the issues," said Harris. "I think people are hungry for something fresh and unencumbered and uncompromised, and that is what I bring." 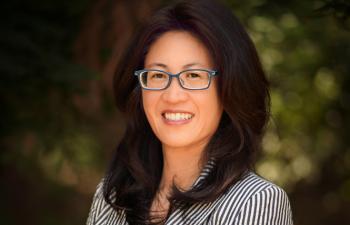 East Oakland
Rodriguez, 52, a registered nurse at Kaiser Permanente in Oakland, also believes that residents of East Oakland are ready for a change in their council person. But most are afraid to say so publicly due to the influence that Brooks wields, Rodriguez told the Bay Area Reporter in a recent interview.

"I think voters feel intimidated to support someone other than the incumbent," said Rodriguez, who lives with her partner, Katherine Webb, a server at a Jack London Square restaurant.

Raised in New Orleans, Rodriguez graduated Southeastern Louisiana University with a nursing degree in 1990. She came to the Bay Area as a traveling nurse in 2002 and had been living in San Francisco when Hurricane Katrina devastated her hometown in 2005.

Her home in the Crescent City was destroyed, as was her parents' house. She returned for several months to help her family recover and repair her own home, then came back to her job in California.

She became active with a number of local organizations, including the East Bay Women's Political Alliance and the Stonewall LGBT political club. But it wasn't until after Trump's election that she thought about running for public office.

"I think, like a lot of people, after the lies of Trump, people are frustrated and looking at politicians who are not enacting policies that benefit people," Rodriguez said. "People here in Oakland, in our community, are being left behind."

Some of the ideas she is promoting as a council candidate include attracting a full service grocery store to the district, seeking a professional women's basketball team to replace the Golden State Warriors when they move to San Francisco, and allowing artists to move into vacant storefronts in the district's commercial corridors.

In terms of addressing Oakland's growing housing crisis, Rodriguez thinks the city should streamline projects that include affordable units or senior housing. As for developments that only include market-rate housing, she believes they should pay a fine.

Rodriguez is one of four challengers to Brooks this year. The others are Natasha Middleton, a management analyst at the Alameda County Probation Department; business owner Loren M. Taylor; and foster youth counselor Mya Whitaker.

While she expects Brooks will be re-elected, Rodriguez plans to remain active no matter the outcome of the council race.

"I would stay committed to seeing these issues are paid attention to," she told the B.A.R.

The Stonewall club will vote on endorsing in both women's races at its meeting September 13. To clinch its support, a candidate needs at least 60 percent of the vote. 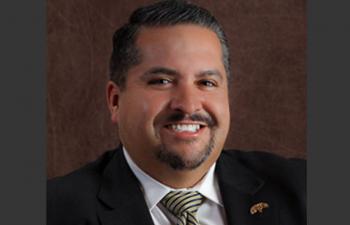 He is facing a strong challenge from Nikki Fortunato Bas, who stepped down last month as executive director of the Partnership for Working Families. Like Rodriguez, she is the daughter of immigrants from the Philippines and vying to be Oakland's first Filipina councilwoman.

Also in the race is Donte Kenzie Smith, one of the black men reported to police by a white woman for having a barbecue at Lake Merritt in the spring. The East Bay Stonewall Democrats last month early endorsed Guillén, who has Schaaf's support.

His critics have used Guillén's alliance with the mayor to attack him as he seeks re-election. He has also come under fire for his handling of development issues in his district, particularly when it comes to affordable housing versus market-rate developments.

"We are all concerned that Oakland is losing its heart and soul. The incumbent is well-funded by the very forces that threaten our city," wrote Fortunato Bas, who has the backing of local union leaders, in an email to supporters.

In an interview with the B.A.R., Guillén defended his record on the council, pointing to his stances on national issues, like opposing Trump's border wall, and focus on more provincial concerns like fixing potholes.

"I am among the hardest working council members that delivers results for our district," said Guillén, a renter in the Gold Coast neighborhood near Lake Merritt. "I think the residents I have served over the last four years can point to tangible improvements in every part of the district."

He pointed to his co-sponsoring with Kaplan legislation requiring any developments be built on public land be 100 percent affordable. The council will take it up this fall in committee.

But his support for a controversial housing development near Lake Merritt continues to be an issue. Dubbed Lakehouse Commons, it will consist of a 90-unit affordable housing project and another building with 252 market-rate units and 18 units for moderate-income households.

Since the city owned the land, housing activists argued it should be used solely for affordable housing. Guillén believes the deal he helped broker in 2016 with the developers, the East Bay Asian Local Development Corporation and UrbanCore, was a win-win for the city that allowed it to use its affordable housing trust fund on other projects.

"We ended up with 30 percent affordable housing on site, which I think should be a model for other housing projects," he said.

Earlier this year local affordable housing advocates filed an ethics complaint against Guillén, claiming that he should have recused himself from voting on the project due to receiving nearly $2,000 in donations from people tied to the project. He maintains he followed the city's regulations governing donations and that the charges are politically motivated.

As for complaints that the city has not done enough to house the homeless, Guillén agrees. He believes Oakland needs to forge stronger partnerships with churches and faith-based community groups working to address the issue, and is a backer of constructing tiny homes for those living on the streets.

"We need to do a hell of a lot more on homelessness," he said.

He said he is taking nothing for granted in his bid for another term and has been talking to voters all year on why he deserves to be re-elected.

"This is part of the democratic process. I welcome the spirited debate," said Guillén. "I am looking forward to a robust campaign."