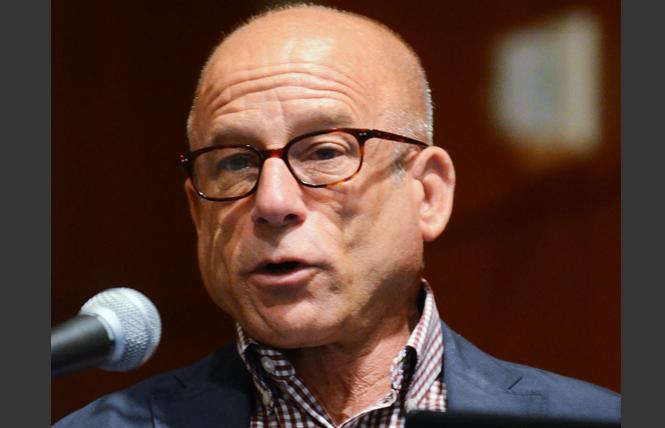 The board and staff of Project Inform will honor former Executive Director Dana Van Gorder at the agency's Evening of Gratitude Wednesday, September 12, from 6 to 8 p.m. at the Monroe Jazz Club, 473 Broadway Street in San Francisco.

Van Gorder stepped down in late June from the agency that does advocacy work around HIV/AIDS and hepatitis C. He led Project Inform for 10 years.

The reception will include appetizers and beverages; guests must be 21 and over.

Under Van Gorder's leadership, Project Inform has been instrumental in its efforts to ensure that the Obama administration created and implemented an effective national HIV strategy, as well as the adoption and funding of the Getting to Zero plan in San Francisco. Since the election of President Donald Trump, federal efforts around HIV/AIDS has decreased; the president fired the remaining members of the HIV/AIDS advisory council nearly a year ago after several resigned.

The event is hosted. Space is limited and those wishing to attend should RSVP by September 7 at https://www.projectinform.org/danas-reception/. Donations in Van Gorder's name are also being accepted.

Climate, jobs march Sat.
Ahead of the Global Climate Action Summit in San Francisco next week, activists and others will take part in "Rise for Climate, Jobs, and Justice" Saturday, September 8. Marches will take place in cities nationwide, and locally, those interested can participate in San Francisco.

Churches, labor unions, and others are expected to have contingents.

In San Francisco, people can gather for meditation at 8 a.m. at Ferry Park, 100 Clay Street, followed by an interfaith service and Shabbat service at 9:15.

From there, that action moves to Sue Bierman Park, at Washington and Drumm streets, where at 10 a.m. there will be music, celebration, and a choral flashmob. Marchers will then line up and proceed to Civic Center Plaza at 11.

At noon, there will be a resource fair and street mural painting in Civic Center Plaza.

Leaders from around the world will gather in the city September 12-14 for the climate summit.

For more information on the September 8 march, visit https://peoplesclimate.org/sept-8/.