Guest Opinion: Zhao unfit to serve on SF school board 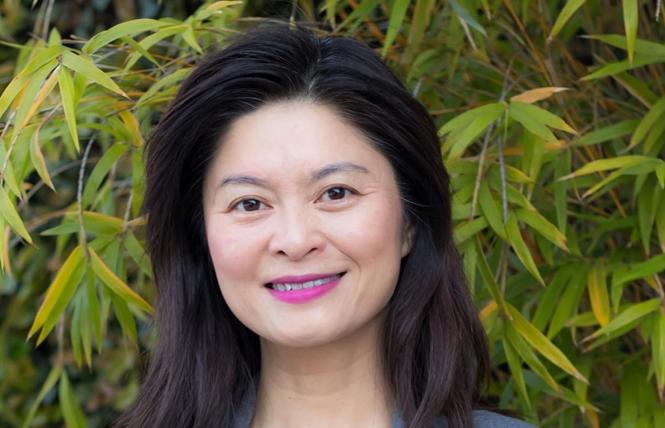 We need members on the San Francisco Unified School District Board of Trustees who are effective leaders dedicated to the safety and education of all students. This November, voters will elect three new trustees. One candidate, Josephine Zhao, has a history of virulent transphobic policy positions. Specifically, Zhao has dehumanized transgender people in public statements by saying that allowing transgender students to access the restroom according to the gender they identify with would lead to "rape" in schools. This is exactly why Zhao is unfit to serve as a trustee. Furthermore, transgender students deserve school board trustees that are 100 percent committed to the safety and education of all students. Zhao has apologized. Her apology is very late and comes after she was publicly called out for not apologizing; this is further evidence of her lack of fitness to serve as an elected official. Furthermore, we should question the judgment of any elected officials who continue to endorse this transphobic candidate for SFUSD school board.

The fact that Zhao is an immigrant is not germane to the issue of transphobia because San Francisco is a city that welcomes immigrants. San Francisco does not, and should not, welcome transphobic candidates for elected office.

What San Francisco needs is candidates for elected office that are well prepared for the increasing challenges that face SFUSD's diverse student body. Zhao has demonstrated that she is willing to demonize transgender students while advocating for school policies and she has demonstrated that she is not prepared to be an effective leader on the SFUSD Board of Trustees.

Furthermore, according to JoAnn Bartoletti, chair of the National Policy Board for Educational Administration and executive director of the National Association of Secondary School Principals, "Schools need effective leaders now more than ever to take on the challenges of educating students for success in the 21st century ... They stress the importance of both academic rigor as well as the support and care required for each student to excel." 3

3 National Policy Board for Educational Administration. Retrieved March 20, 2018 from http://npbea.org/.

Marilyn Murrillo, M.A., a transgender woman, is a substitute teacher.