Fletcher gets 25 years for death of former B.A.R. writer 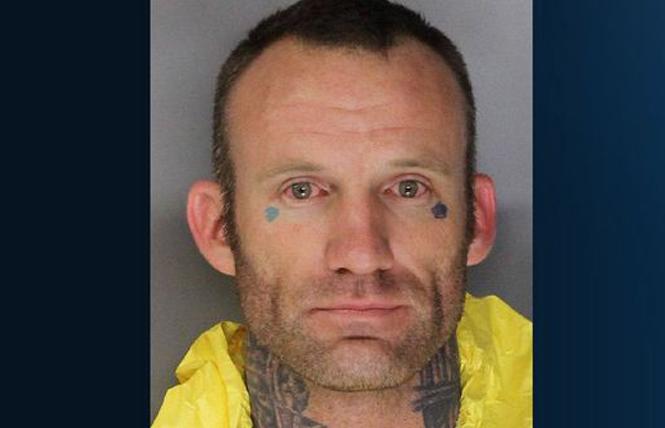 Fletcher's defense attorney, Donald Dorfman, said he plans to appeal the judge's sentence at last week's hearing. Before the hearing, Dorfman asked to have the additional four years shaved off the sentence without success. 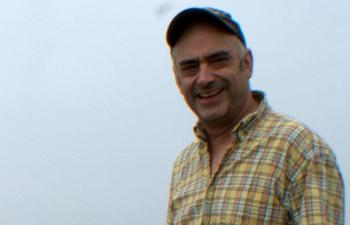 Aiello was found dead in his Sacramento home April 15, 2015 with a belt wrapped around his neck. According to police testimony during the October 2017 preliminary hearing, Fletcher claimed Aiello, who was on the floor, had wrapped the belt around his own neck and tried to force Fletcher into having sex with him. According to court testimony, the two had known each other for years, and Aiello was upset that Fletcher had never had sex with him.

Before he was given his sentence, Fletcher read a letter in court apologizing for the incident.

"I am truly sorry for this tragic accident that has taken place," Fletcher said at the hearing. "At no time did I ever want to hurt him or harm him or intend on taking his life. I'm sorry for my reckless actions and take full responsibility for the affect it has had on Dan's family and on mine."

Friends of Aiello's attended the sentencing hearing, along with Fletcher's wife and second cousin.

Megan Juring, who had been friends with Aiello since childhood, read a statement at the hearing asking the judge to sentence Fletcher harshly for his actions.

"He brought evil into my life as well as my friend's," she said, speaking through tears. "I voted against the death penalty, but hope someone kills him in prison with a shoe on his back and a belt around his neck. My family and many others have been impacted in many ways forever."

Juring told the B.A.R. that it had been a hard three years following Aiello's death and was grateful for the outcome. Juring, who lives in Long Beach, attended numerous court hearings in the case.

"I think the jury came to the only conclusion possible," she said. "It's been so obvious to me from the beginning but to hear the overwhelming evidence, to hear the physical evidence from Danny's body, drove it home that this wasn't just a burglary gone wrong. It was an act of violence and, in my mind, evil."

During closing arguments July 10, Deputy District Attorney William Satchell showed pictures of Aiello's back that showed a distinctive footprint. Satchell said the footprint matched the design of the bottom of the shoes that Fletcher was wearing on the day Aiello was found dead.

Satchell argued that Fletcher killed Aiello by pulling on the belt wrapped around his neck and pressing his foot on the upper part of his back for leverage until Aiello suffocated.

Juring said Aiello loved animals and was kind and full of life. She explained that Aiello's family was "devastated and going through many challenges," at the moment. Aiello leaves behind two sisters and a mother.

Fletcher's second cousin, Connie Rutherford, a retired attorney from Berkeley, was there to support a man whose life was ruined by drugs, she said. She did not agree with the jury's decision and believes Fletcher should have been found guilty of voluntary manslaughter.

"I don't think he intended to murder Aiello," she said. "He was willingly partaking in this stupid behavior, but he did not intend to actually kill him. The jury verdict was wrong. Kyle does need to spend a lot of time locked up to clean up his act, but not his whole life."

Fletcher grew up in Sacramento with his mother and older brother. He never knew his father. He started using drugs after high school, Rutherford said. Fletcher was previously sentenced to three years in state prison in 2005 after pleading no contest to felony charges of domestic violence and possessing an illegal drug, such as methamphetamine or cocaine, while also being armed with a loaded gun, online court records show, according to the Sacramento Bee.

"Kyle has been a problem because of his drug use," Rutherford said. "He had a hard life. Kyle couldn't give up those people he was involved with and the drugs. That's how he got himself into this horrible situation."

Fletcher's wife, Jennifer Fletcher, was also there to support her husband. The two have been married since April 2015, and she said Aiello caused problems in Fletcher's and her own life. Aiello asked Fletcher to have sex with him throughout their entire relationship, Jennifer Fletcher said, though Fletcher was adamantly not gay.

At the time of Aiello's death, Fletcher told detectives that Aiello was trying to force him to have sex and, in order to prevent it, he used just enough force on the belt to stop Aiello. Fletcher claimed that he left the house after Aiello passed out. But police, who testified at Fletcher's preliminary hearing, said that they'd discovered Aiello's naked body after seeing Fletcher carrying a TV from Aiello's home. Officers didn't indicate that Fletcher had said anything about having just defended himself against an unwanted sexual advance.

"In my heart I don't believe he did it," Jennifer Fletcher said. "Kyle is not that kind of person. He might be a liar and cheater but he never showed me aggression or anger. He's always been calm, he won't even yell at me."

As previously reported by the B.A.R., during the closing statements in July, the deputy DA reiterated other evidence against Fletcher, including that the day before Aiello was killed was the first time Fletcher became aware that Aiello filed a financial crimes incident report alleging that Fletcher had stolen $200. Other evidence was Fletcher's drastic change of behavior after the murder, which was captured on Aiello's DVR that Fletcher had stolen moments after the killing.