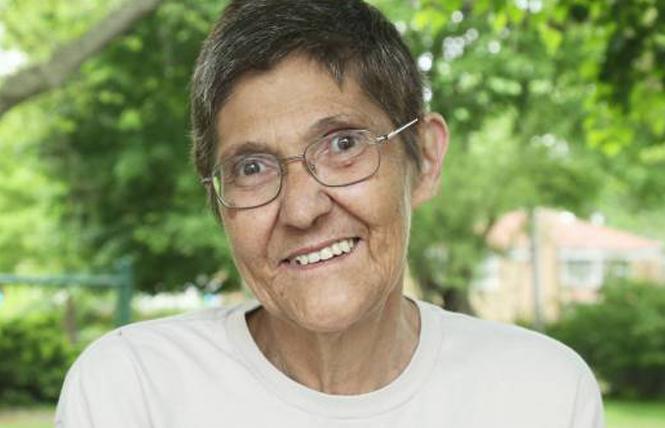 In what Lambda Legal Defense and Education Fund is calling a "major victory" for both senior LGBT people and LGBT people who rent from a landlord, a three-judge federal appeals court panel ruled Monday that a residence for seniors could be held liable for allowing some of its residents to harass and discriminate against an openly lesbian resident.

The case was filed on behalf of Marsha Wetzel against a senior living residence in Niles, Illinois, just south of Chicago. Lambda Legal filed its lawsuit for Wetzel in federal court, alleging the senior home violated the federal Fair Housing Act by failing to stop the discriminatory acts against Wetzel being perpetrated by other residents.

The panel noted that some residents at the Glen St. Andrew Living Community subjected Wetzel to a "torrent of physical and verbal abuse ... because she is openly lesbian."

Attorneys for the senior home had asked the district court to dismiss the lawsuit, saying the Fair Housing Act is aimed only at the persons committing the harassment, not the landlord. They said the law does not oblige a landlord to stop tenant-on-tenant harassment. And the district court judge had agreed with that argument.

But the 7th U.S. Circuit Court of Appeals panel said the Fair Housing Act holds a landlord liable when a landlord has "actual notice of tenant-on-tenant harassment based on a protected status, yet chooses not to take any reasonable steps within its control to stop the harassment."

The appeals panel said that rather than stopping the abuse, the facility's staff at Glen St. Andrew limited Wetzel's use of facilities and conspired to evict her.

Wetzel, 70, moved into Glen St. Andrews in 2014, after her partner of 30 years died and her partner's family took possession of their house and other assets. When other residents began asking about her background, Wetzel answered them honestly, noting that her partner had been a woman.

The panel decision made explicit note of the abuse the other residents inflicted on Wetzel because she acknowledged her sexual orientation. Other residents, it said, repeatedly called her a "fucking dyke," "fucking faggot, and "homosexual bitch." One resident threatened to "rip [her] tits off." Someone hit her in the back of the head and called her a "homo" while she was in the mailroom. When Wetzel sought help from staff, they dismissed her complaints as accidents and said she was a liar. They moved her dining location to a less desirable spot, barred her from the lobby, and stopped cleaning her room. One staffer slapped her.

The Fair Housing Act prohibits discrimination "against any person in the terms, conditions, or privileges of sale or rental of a dwelling, or in the provision of services or facilities in connection therewith, because of race, color, religion, sex, familial status, or national origin." It also makes it illegal "to coerce, intimidate, threaten, or interfere with any person in the exercise or enjoyment of ... any right granted or protected" by the FHA.

But in "uncharted territory," the panel also ruled that the landlord has an obligation to intervene to stop harassment of a tenant by other tenants. The panel acknowledged that the FHA text "does not spell out a test for landlord liability" but that previous rulings have held that the text "mirrors" Title VII. And previous Supreme Court rulings, noted the panel, have held that, under Title VII, an employer may be liable under some circumstances when its own negligence is a cause of prohibited harassment. It also noted that Title IX of the Education Amendments Act provides a parallel between deliberate indifference to student-on-student harassment and tenant-on-tenant harassment.

"Wetzel may be in unchartered territory, but the Supreme Court's interpretation of analogous anti?discrimination statutes satisfies us that her claim against St. Andrew is covered by the act," said the panel.

"She, just like all people living in rental housing, whether LGBT or not, should be assured that they will at least be safe from discriminatory harassment in their own homes," said Loewy. "What happened to Marsha was illegal and unconscionable, and the Court has now put all landlords on notice that they have an obligation to take action to stop known harassment."