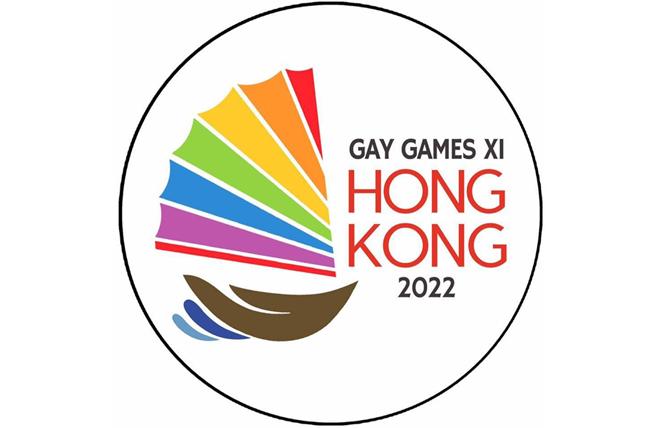 There was a great deal of exhilaration among athletes, artists, and organizers at the end of Gay Games X in Paris earlier this month: excitement over a successfully run event that drew more than 10,000 participants for the first time in more than a decade, and great anticipation about the next Gay Games slated to be held in Hong Kong, marking the first time the Gay Games will be held in Asia. But behind the optimism there is also an undercurrent of caution, intensified by a few recent events.

Hong Kong, a former British colony, is now a semi-autonomous part of China called a "special administrative region" under a hand-over agreement between Great Britain and China that was signed in 1997 and runs 50 years. It is the relationship between the Hong Kong government and the more repressive regime on the mainland that lies at the base of growing concerns for Gay Games stakeholders.

First, a pair of LGBT human rights conferences in China was canceled earlier this year. The Chinese group Speak Out said it was forced to cancel its scheduled conference in July in the gay-friendly city of Chengdu in Sichuan when the scheduled venue bailed on the event.

"The conference venue Jinsha theater told us that a government official activity was scheduled to be held on the same day, which left us with no choice but to cancel," a Speak Out representative told Reuters. The group said it had run into a similar roadblock in May in Xian, where officials reportedly detained and questioned organizers for nine hours.

Second, organizers of Mr Gay World 2019 announced that the event has been forced out of presumptive host Hong Kong, reportedly because of homophobic pressure from the Chinese government, and will instead return to South Africa.

The hosting organization for the Hong Kong 2019 bid is on the mainland rather than on the island semiautonomous province.

Third, Hong Kong has been facing increasing pressure from China regarding free speech. The right to free speech is written into Hong Kong's charter, but in 2016 the Chinese government unilaterally, and retroactively, reinterpreted the law in order to ban separatist activity and advocacy. This month, China's foreign ministry told the Foreign Correspondents Club it had abused free speech by allowing a separatist political to deliver an address to the club.

Noted Reuters in its report on the incident, "The move to ban the National Party has fed fears that authorities want to set a precedent for clamping down on other opposition groups. They may be laying the groundwork to revive a shelved national security law."

What concerns should Gay Games supporters and the Federation of Gay Games itself have about the current political climate, future relations with the Chinese government, and how those factors might impact Gay Games XI? What evidence would calm concerns? What confidence does Gay Games Hong Kong (GGHK) have that organization of the Gay Games will not be hindered, or if it is hindered, how will the resistance be overcome?

Betty Grisoni, a media spokeswoman for GGHK, told the Bay Area Reporter her organization "has had several meetings with Hong Kong government departments and they are treating our event the same as any other sports event. GGHK will continue working with Hong Kong government departments through to the games in 2022. The Hong Kong Tourism Board, which is a government agency, has been very positive and openly supportive of GGHK. What we can reassure Gay Games supporters is that both China and Hong Kong have, in the past, and will, in the future, host numerous LGBT+ events as well as LGBT+-focused businesses. There is no reason to believe any officially and properly organized events and activities will be prohibited."

My gut tells me the warnings given to the correspondents club should be of more concern to Gay Games stakeholders than the relocation of Mr Gay World from Hong Kong to South Africa. China has shown a growing impatience to be recognized as having dominion over outlying lands, as shown by its successful campaign to pressure international airlines to stop calling Taiwan by its rightful name and instead promote the fiction that the independent nation is in fact a province of the mainland. A telling point will be how the athletes and artists from Taiwan and other independent island nations in the region are allowed to identify themselves during opening ceremonies, and to what degree any efforts by Hong Kong residents to advocate independence from the mainland during the Gay Games are tolerated.

At their core, the Gay Games are about acceptance and expression - two absolute requirements in the fight to overcome homophobia and transphobia. Any curb on those is a roadblock to success of the mission. Here's hoping Hong Kong organizers are able to overcome whatever reluctance or resistance they encounter along the way.

What a signature statement that would be.