Commentary: Transmissions: Let the kids be, all right? 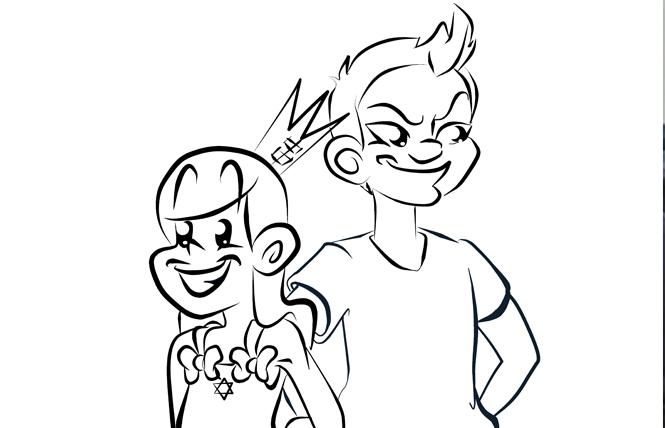 I recently had the pleasure of speaking at an elementary school LGBTQ support group, where I shared my experiences as someone who is now as old as so many of the "community elders" I met when I was first coming out. It is so exciting to see so many younger people who are light years ahead in understanding themselves than I was at their age.

When I was a kid, I tended to hide my trans feelings. While I was fortunate to learn that trans people like myself did exist, and that there were care options for us, I also learned at an early age that my parents were not equipped to navigate my trans identity.

So, rather than face the truth, I hid it, and tried to swim upstream within my feelings. Even though I have since transitioned and am pretty comfortable with myself, I know there are still some deep seated negative aspects that may have been substantially lessened if I hadn't had to navigate an unwanted boyhood and masculine adolescence. Oh, yes, and the effects of years of unwanted testosterone on my body.

Aside from hoodwinking my parents into a few dolls and such to play with, and the constant struggles to get my mother to allow me to wear my hair longer than she would allow, I remained largely in the closet, only revealed a time or two when caches of clothing or such has happened upon.

Now, I see so many kids who are able to enjoy their elementary school years being more or less affirmed in their gender identity or expression, and while it is not by any means a cakewalk, it is still far beyond the world I experienced.

There has been some pushback, however. For one, people outside of the trans community still are adverse to us. They fear what may happen in school restrooms and changing areas, or how being exposed to trans students might affect their own kids - as if being transgender is a communicable disease that they can vaccinate against.

One of the bigger arguments lately against letting young trans people be affirmed in their gender, and be provided with puberty-blocking medication, is based out of a fear of what these medications can do. People argue that these medications will leave these kids sterile, and when they apparently come to their senses and decide to live as their birth gender, they will not be able to reproduce.

If anything, it is an ignorant view: puberty blockers have a long history of use outside of trans circles, being used to aid kids dealing with precocious (early) puberty, for example. Once the medication is stopped, the body continues to mature.

Kids are not generally given surgery or hormone replacement therapy. Mostly because they're, well, kids. Puberty blockers, if anything, give them room to breathe and figure out what will be best for them without facing an irreversible puberty.

Of course, those who think providing this care is wrong may also have a view that a kid identifying as trans is simply a phase they'll grow out of. This, however, isn't how being trans works.

When I was a kid, I was convinced I was going to be an oceanographer. I loved sea life, and shells, and all but practically worn out the household copy of the Time Life book "The Sea." A year or so later, my interest waned, as I was dead set on being an astronomer by then, and was happily pointing my cardboard-tube Sears telescope at the skies from the backyard.

Yet in all those years of waxing and waning interests, my understanding of my gender - and in my particular case, the idea that my gender was somehow wrong and abhorrent - remained. It was as innate as my hair color or my left-handedness, and was the thing I prayed would be fixed, every night, through my entire childhood.

Like I said earlier, the concern is that these young kids, taking puberty blockers, will grow to regret their choices. Indeed, the notion of "trans regret" is one that is deeply ingrained in a lot of dialogue about transgender people from those who are not trans.

I'm sure, too, that people who are not transgender would indeed feel regret if they attempted to live in a gender opposite the gender they identify with - especially if they did do something permanent to their body to attempt to align with a gender that wasn't theirs.

For those of us who are transgender, however, the regret isn't in our transitions, but in years or decades lost not being able to live in our genders, being forced in one way or another to conform to a gender identity that is foreign to us.

I'm not going to say that transition is like waving a wand. A lot of the troubles one faces before transition are still there post-transition, and the traumas we may have faced over our lives still leave scars both visible and otherwise.

On top of that, being out and visibly trans in this society has often been a challenging and unpleasant experience, with hurdles placed in our way at every turn, and hundreds of people more than willing to share their typically-negative opinions about our lives.

Yet, for those of us who are trans, being able to experience and explore our identities at the same time as our school-age peers means living a whole life.

Now, in a time when kids face greater threats from an uncaring Trump administration, is the time to stand up for trans youth, and let them thrive.

Gwen Smith is more than willing to ask, "What if?" You'll find her at www.gwensmith.com.