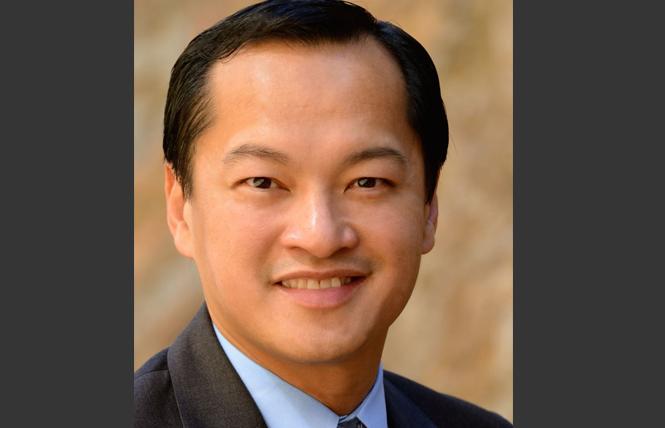 Robert Bernardo, a gay man on the San Mateo County Harbor Commission, has ruled out seeking re-election this November to his seat.

Elected eight years ago as the first out LGBT member on the oversight panel, which oversees two harbors on the Peninsula, Bernardo is currently serving as vice president of the five-person commission. He will step down at the end of this year rather than seek a third four-year term.

"It's been an incredible journey into public life. I have decided to not run for re-election," Bernardo, 50, informed the Bay Area Reporter on Tuesday. "I am ready to take a break and go back to private life once again. I feel that I have accomplished all of my campaign promises during my tenure."

In a statement to the B.A.R., Bernardo pointed to his helping the district pay off the debt it had when he first was elected in 2010 and creating a reserve fund. He also noted how the board had boosted personnel at the district and moved its headquarters to a new coastal location in order to better serve the public.

He also included the district earning a "Clean Marina" certification for its environmental efforts. The district is in charge of the Oyster Point Marina in South San Francisco and Pillar Point Harbor in Half Moon Bay.

"I say 'we' because no elected official does it all by himself or herself. It takes a board, a staff, and a public that cares," wrote Bernardo, who also served a term as president of the commission. "My heartfelt thanks to San Mateo County residents for giving me this rare opportunity to serve you. Thanks especially to the 70,000 voters across 20 cities and 18 towns who first elected me in 2010."

Prior to being elected to the harbor commission, Bernardo served on both the South San Francisco Planning Commission and personnel board. He also has been a member of the San Mateo County Democratic Central Committee for over a decade.

He "strongly encouraged" others interested in seeking public office to run.

"We need more civically engaged residents. We need greater diversity in American politics," wrote Bernardo. "We need to make a difference on the local level. This openly gay, Filipino-American Jewish elected official is truly grateful. In America, anything is possible."

Bernardo's departure from the harbor panel leaves it with one remaining LGBT commissioner, Sabrina Brennan. The lesbian graphic designer and vocal advocate for female surfers is currently serving in her second term, which expires in 2020.