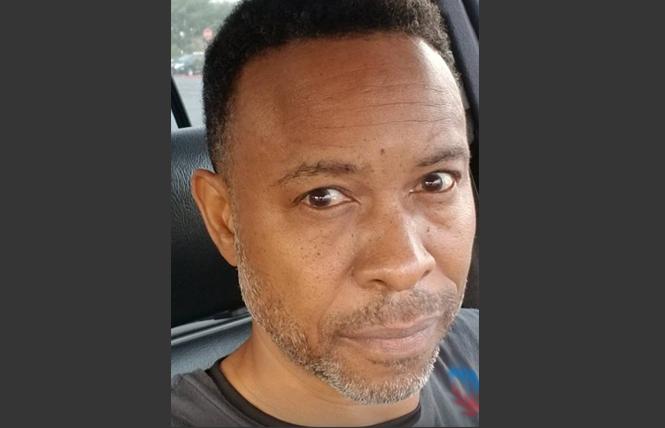 Former Long Beach Rebels player Mark Chambers has organized a reunion of sorts for players who were in the 1998 gold medal match at Gay Games against the San Francisco Rockdogs. Photo: Courtesy Facebook

When 10,000-plus athletes and artists march into Stade Jean Bouin Saturday at 7:30 p.m. Paris time, it will be a triumph of persistence and stamina on every level.

There is the persistence of the Parisians themselves. Paris' first bid to host the Gay Games ended in a loss, with Cologne being selected to host 2010's Gay Games VIII, causing the Paris delegation to walk out in anger and disappointment. But their bid in 2009 to host this year's event, informed by years of volunteer involvement in the Federation of Gay Games, was selected over Limerick and London by the FGG.

There is the stamina shown by the FGG, which for the past decade faced the greatest struggle of its existence, having to fend off the threats of a rival event, as well as suddenly declining participation numbers and efforts to wed the two events together. The FGG restructured itself, stuck to the mission rather than watering it down to seek more participants, the rival event and organization collapsed and disappeared - and this will be the biggest LGBT sports and cultural festival in a dozen years.

Most important, of course, is the stamina of the athletes themselves. Some are only recently introduced to sports, many more have been devoted athletes for years - and all are coming together to celebrate and compete in the most inclusive sports event on planet Earth.

The Gay Games are an inclusive sports and cultural festival for adults 18 years of age and older that were started in San Francisco in 1982 and have been held every four years since. Although the majority of participants are LGBT athletes, no one is barred on the basis of sexual orientation or expression, gender, nationality, religion, medical status, or physical challenge. There are no competition qualifiers. Some participants are casual recreational athletes; others have won world or national championships or may set national records at the Gay Games themselves.

A few notes on this year's event:
- Gert McMullin of San Francisco and Paul Oostenbrug of Albuquerque will be recognized at opening ceremonies as winners of the FGG's highest honor, the Tom Waddell Award. McMullin is one of the original volunteers with the Names Project AIDS Memorial Quilt and supplies the FGG's Memorial Run with its AIDS quilt panels; Oostenbrug is a former Team Chicago leader and former membership officer of the all-volunteer FGG.

- There should be a great deal of attention on the delegation of athletes from Taiwan when they enter the stadium. Gay Games social media blew up last week with criticism of the Paris organizers' declaration that Taiwan would be identified as "Taipei" on the sign that announces the team during the march of athletes. The Taiwanese athletes registered as Taiwan with Paris, but the Chinese government has been pressuring major events and corporations to refer to Taiwan as Taipei - the name under which it claims the island nation as one of its provinces even though the People's Republic of China has never ruled Taiwan. Many of the commentators on the Gay Games Facebook page noted Taiwan is relatively progressive and is in the process of legalizing marriage equality.

Yuan Zhi, one of dozens of people protesting the labeling of Taiwan as Taipei on the Gay Games Facebook page, wrote, "I'm not even Taiwanese and I'm sick by your actions. It's easy to plead for people to show you equality, to show no discrimination, but when it comes to others, you choose to turn a blind eye to it. #TaiwanNotTaipei."

- A reunion of sorts will be held for some of the players in the men's 35-and-over basketball competition, with some of the players from the 1998 gold medal match in Amsterdam between the Long Beach Rebels and the San Francisco Rockdogs (which the Rebels won) joining forces this go round to play on X Rebel.

"About three months ago, I contacted my former Rebels teammates to go to Paris and only two committed," said Mark Chambers, one of the veterans of the 1998 game. "I then reached out to a couple former Rockdogs and a couple of the ones that said yes just happen to be players we competed against in the 1998 gold medal game. The Rockdogs still have younger players in the open division, but we older guys are going to enjoy the spirit of the Gay Games and not try to crush others. I think."

- Berlin's Mitch Ertel will be honored later in the week by Wrestlers WithOut Borders as winner of the Dermody Citizenship Award for his work to establish and run an annual wrestling weekend in Berlin. Sydney's Barry Webb, who saw Harbour City Wrestling Club through a lot of lean times to emerge as a rising powerhouse, will receive the WWB's Lifetime Achievement Award. Being inducted into the Hall of Fame will be Josh Watkins of San Francisco; Cameron Inthapangna of Melbourne; Gus Scheerbaum of Philadelphia; Rob Smitherman of Chicago; and Nick Zymaris of New York City.

For the first time at a Gay Games, sailing will be held on the open sea. One hundred participants are registered for the competition in La Havre, west of Paris between the North Sea and the Atlantic.

The Gay Games flame will be passed on to the Hong Kong organizers at the closing ceremonies in front of Paris City Hall August 11. Hong Kong is scheduled to host Gay Games XI in 2022 on the 40th anniversary of the Gay Games.