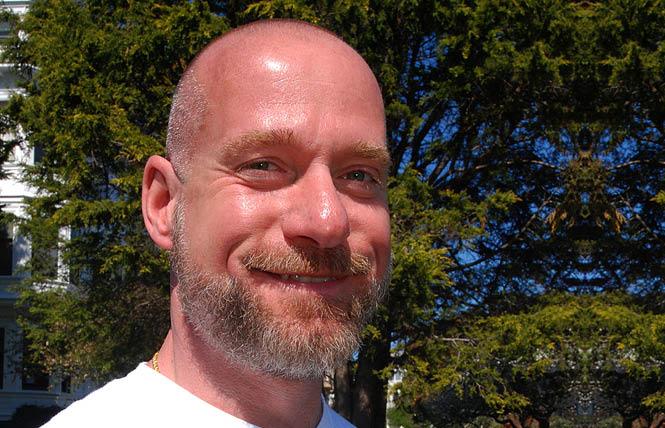 The reappointment of San Francisco Planning Commissioner Dennis Richards, the lone gay member of the oversight body, and three of his colleagues has received the support of a supervisors' committee and will now be taken up by the full board.

At its meeting this afternoon (Wednesday, July 25), the board's Rules Committee voted 3-0 to forward on the reappointment of the four planning commissioners with a positive recommendation. The full board is expected to vote on awarding the quartet new four-year terms at its July 31 meeting next Tuesday, prior to going on its summer recess.

Board President Malia Cohen, who represents District 10, reappointed Richards, a Duboce Triangle resident, and Kathrin Moore to their seats, as the Bay Area Reporter's Political Notebook column first reported last week. They are two of the three members of the powerful oversight body appointed by the board president and their new terms would expire July 1, 2022.

The mayor appoints the other four members on the panel. In late June, former mayor Mark Farrell had nominated Rodney Fong and Milicent A. Johnson to new terms that would expire June 30, 2022. Fong is seen as being more moderate and friendlier to developer interests, while Johnson, a renter who only joined the panel earlier this year to fill a vacancy, is a proponent of building consensus between various stakeholders.

Richards, who spent three decades working in the tech industry, and Moore, an urban designer and architect, are two of the more pro-tenant members on the powerful oversight committee. Each has a reputation for being a tough critic of development projects, particularly those that impact tenants in rent controlled buildings. But they are also known for making suggestions to how projects can be tweaked to address their concerns and win approval rather than being staunch opponents who vote no.

"Never before have I worked so hard, made so little money, but had so much fun being a planning commissioner and I seek your support for reappointment today," said Richards during the hearing.